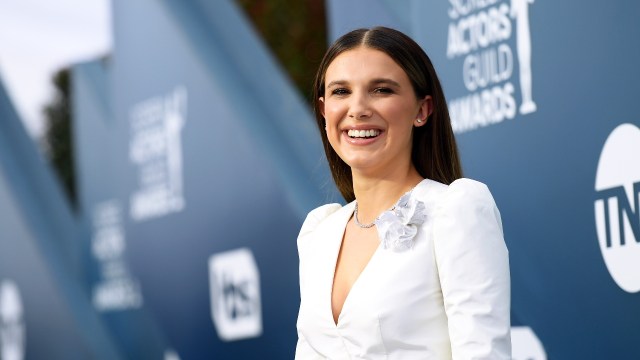 Stranger Things leading lady and British superstar Millie Bobby Brown has stopped using social media. The 18-year-old actress, born in Spain to British parents, currently resides in Orlando, Florida. With the success of Stranger Things 4 still sweeping the globe, it’s no surprise that Brown wishes to recluse, especially with such a demanding industry as acting always looming over her.

For the September issue of Allure magazine, Millie Bobby Brown agreed to an interview. While she touched briefly on her personal life, her upbringing, and her acting career, a hot topic of the story was Brown addressing her unannounced leave from social media. Since Stranger Things first found its feet back in 2016, Millie Bobby Brown has rose to extreme prominence. In fact, she’s so famous that she needs to be escorted to the simplest of places, such as malls, grocery stores, and even hairdressers. Anywhere she needs to go, her celebrity status makes it necessary for security to be present at all times. Inevitably, there is a darker side to social media that isn’t talked about enough.

Courtesy of Allure, the reasoning behind Brown’s absence from the internet falls upon gross misconduct from fans and admirers, particularly those who harass and sexualize her.

“Millie doesn’t have social media on her phone. Someone else handles her Instagram and Facebook pages, the only social platforms she hasn’t deleted, and she went to therapy to handle the constant bullying she has faced online. It’s hard to escape the fact that people are obsessed with everything Millie says and does. The actor has been inappropriately sexualized for years, something she’s tried her best to ignore, but the effect of trolling and harassment has been severe. Before she deleted Twitter and TikTok, Millie had been constantly bombarded with hateful messages, angry threats, and even NSFW missives from adult men.

Now Millie only speaks directly to fans via blog posts that read like diary entries on the Florence by Mills website. It works because, as she says, “Nobody can comment.” Still, over the years, Millie has struggled to understand why being herself generates so much vitriol.”

Obviously, Brown finds these occurrences distressing — as anyone would — and has opted to neglect her social media in favor of pursuing a happy, healthy and worry-free life with her boyfriend, Jake Bongiovi, who were recently caught vacationing in Italy.

Allure received the full explanation from Brown, who continued to communicate her struggles with appealing to the masses, mentioning how she always tries to please others, but took a long, hard look in the mirror to understand that she didn’t need to change herself, but rather others needed to lower (or remove entirely) their expectations for her.

“It’s really hard to be hated on when you don’t know who you are yet,” she says. “So it’s like, ‘What do they hate about me? ‘Cause I don’t know who I am.’ It’s almost like, ‘Okay, I’m going to try being this today.’ [And then they say], ‘Oh, no, I hate that.’ ‘Okay. Forget that. I’m going to try being this today.’ ‘Oh, my God! I hate when you do that.’ Then you just start shutting down because you’re like, ‘Who am I meant to be? Who do they need me to be for them?’ Then I started to grow more, and my family and friends really helped. It helped to be able to understand that I don’t need to be anything they said that I need to be. I just have to develop within myself. That’s what I did.”

We’ve all related to Millie Bobby Brown at some stage in our lives. Sometimes, other people’s opinions matter way too much to us, when really, we should be ignoring these unachievable standards of beauty and perfection and striving to be the best versions of ourselves. Even at such a young age, we could all learn a thing or two from Eleven.