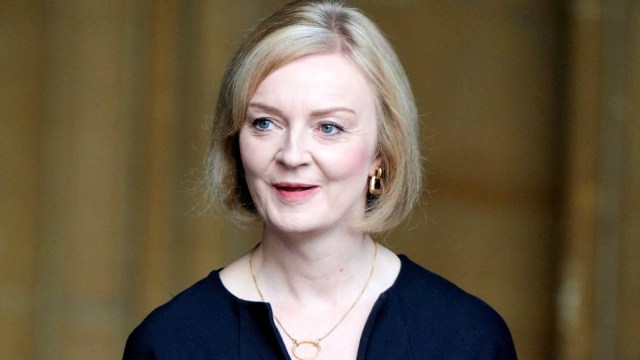 There’s been a surge of curiosities primarily revolving around an influential British politician. That’s right, the subject of gossip this time is none other than the shortest reigning UK Prime Minister — Liz Truss — who replaced the Conservative politician Boris Johnson in his position of power, but renounced her role on October 20. The event coincided with the immense grieving and mourning over the Queen’s death.

Why do people relate the Day-Collar conspiracy with Truss’ position as a submissive?

There were numerous occasions where Truss wore the necklace, which is intensifying the popular opinion of her position as a submissive. Besides the plethora of speculations on the issue, snippets of her personal life have also been incorporated into this heated conspiracy theory and one of them is her over-a-year-and-a-half-long extra-marital affair with Tory member Mark Field which started in 2005, resulting in the breaking up of Field’s marriage.

However, Truss continued to live with her husband Hugh’O Leary who — according to Twitter user @LillianaFuture — gave her the collar necklace. She took to Twitter to publicly state that Truss’ “unmanly perception” of her husband probably propelled her to begin an affair outside of her marriage.

Their conclusion and interpretation of how Liz truss became a sub/started wearing a collar pic.twitter.com/v3bGhU3VNp

The social media is filled with tweets about her necklace and its possible connection with Truss’ kinky sex life. The tweets have gone completely viral with many users expressing their resentment over the British politician’s obsession with what they regard as absurd sexual fantasies.

Certain comments suggest that while leaving the office, the public focus has been exclusively on the infamous necklace.

You know that the gossips are reigning when significant political issues are sidelined in favor of an interesting theory.

Well, there have been some deep obsessions.

But not everyone in the crowd steadfastly defamed and trivialized.

It seems like the necklace will keep enticing quite a lot of intriguing discussions and speculations for a long time. Well, there is uncertainty about how the matter would be resolved.