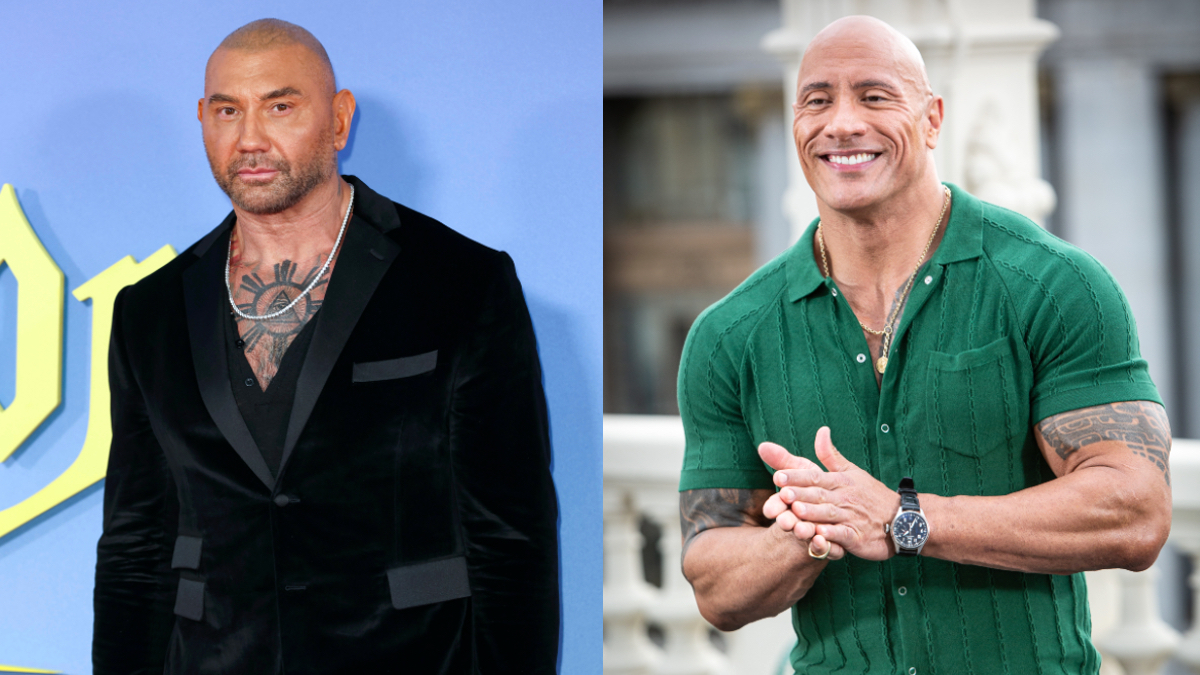 Both Bautista and Johnson made their start as professional wrestlers in WWE. The former won six World Heavyweight Championships and the latter became known as one of the greatest professional wrestlers of all time. Over time, Bautista and Johnson set their sights on Hollywood, starring in a string of record-breaking blockbuster films between the pair.

Bautista made his mark on the industry as Drax in the Marvel Cinematic Universe’s Guardians of the Galaxy whereas Johnson starred in some of the biggest films and franchises ever made such as Disney’s Moana and the Fast & Furious films.

However, while both have achieved significant success, Johnson has soared to heights unmatched by any professional wrestler to ever hail from the WWE, Bautista included. Over the years, Bautista has made his opinion about that clear, and it hasn’t been a favorable one.

What started out as a hint of jealousy has turned into full-blown disdain. In the conversation between Bautista and Johnson, it comes down to one thing:

Unafraid to voice his opinion, Bautista has come forward on many occasions with criticism of Johnson and his career. But not just Johnson. Fellow WWE wrestler John Cena, too.

In 2019 he spoke with the Florida newspaper Tampa Bay Times, saying, “Do not compare me to The Rock or John Cena… Those guys are wrestlers who became movie stars. I’m … something else. I was a wrestler. Now, I’m an actor.”

At the time, Bautista didn’t offer much clarification on his distinction between movie star and actor, but he did say this:

“[The] Rock was, in a way, a movie star before he was even a movie star. There is something about him that’s really special. I’d never take that away from him. Would I consider him a great actor? F*** no.”

In 2022, following his role in Rian Johnson’s Glass Onion: A Knives Out Mystery as the character Duke Cody, a men’s rights activist, Bautista elaborated on his disdain for cash-cow career moves and his longing to be taken seriously.

“I never wanted to be the next Rock,” he told GQ. “I just want to be a good f***ing actor. A respected actor. I’m afraid of things, I’m nervous about things. But I can force myself to do things that make me uncomfortable, because I know I’m not gonna get anywhere if I don’t. I may cringe after the fact, but I’m not going to let that fear hold me back.”

His desire to progress to the next level in his career will see Bautista leaving behind the character of Drax the Destroyer once Guardians of the Galaxy Vol. 3 premieres on May 5, 2023. On the horizon, one of his next projects include reprising his role as the antagonist Glossu Rabban Harkonnen in Denis Villeneuve’s Dune: Part Two.

Before either of those films, however, Bautista will star in M. Night Shyamalan’s thriller Knock at the Cabin, a movie sure to showcase the kind of rage he’s so eager to express to the world. Starring Harry Potter alum Rupert Grint, Frozen’s Jonathan Groff, and Pennyworth’s Ben Aldridge, the movie follows four strangers of which Bautista is included who take hostage one family and try to convince them that in order to prevent the apocalypse one of them has to sacrifice themselves.

The movie, which premieres in theaters on Feb. 3, is about as far from something you’d see Johnson playing, and that is no doubt the point. At 53 years old, Bautista is on the precipice of where he wants to be as an actor, with a wide range of projects in the pipeline. He’s not a movie star, though, keep that in mind. He’s an actor. They are two very different things.