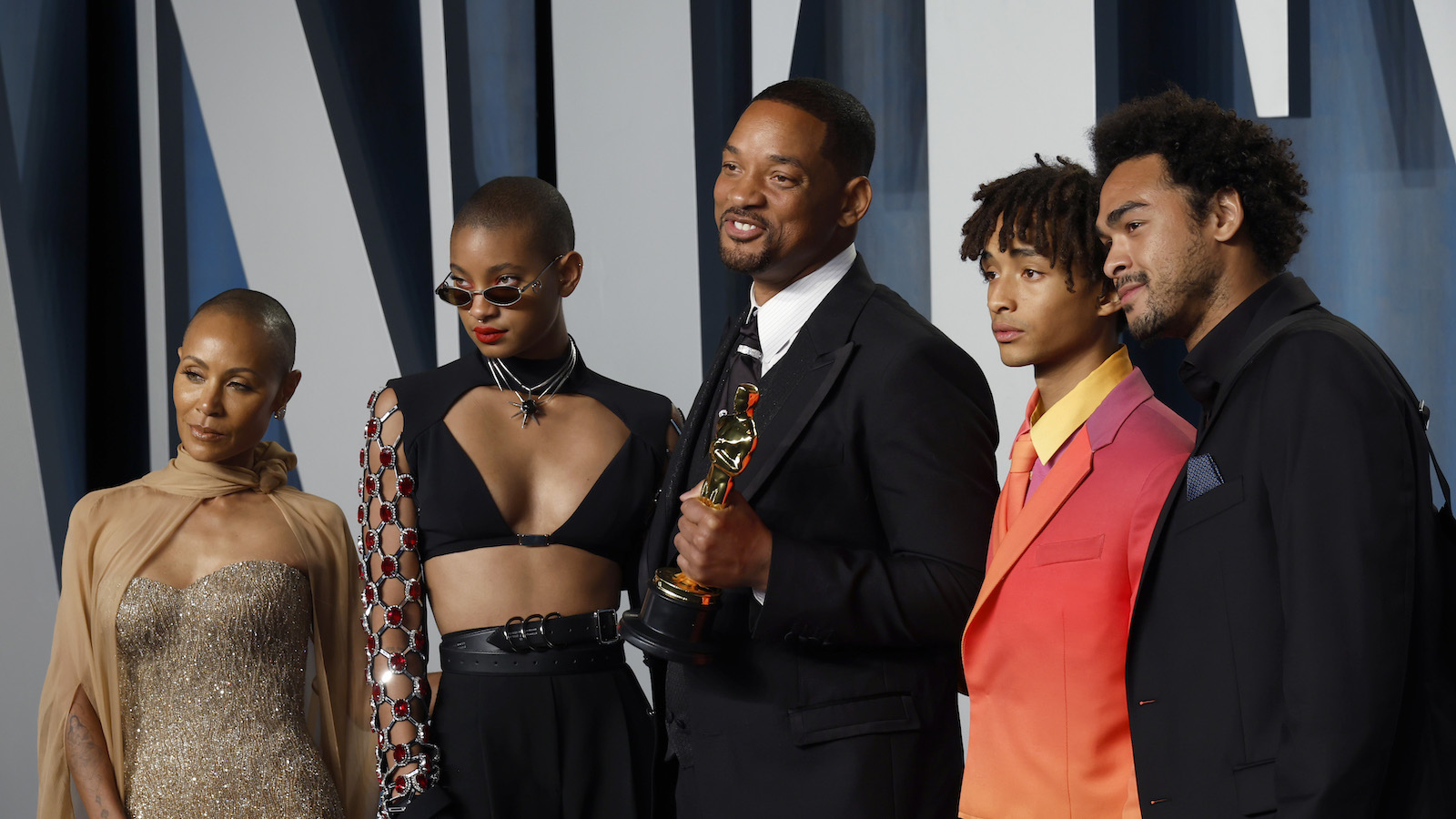 Singer Willow Smith is in an interesting pop culture position. She’s the daughter of one of the biggest movie stars of all time (Will Smith), but she’s also a huge star in her own right – with hit songs of her own and collabs on other hits like Camila Cabello’s “psychofreak” and PinkPantheress’ “Where you are.”

Despite being one of the most sought out musicians these days, she still gets asked about that infamous slap heard round the world when her father smacked comedian Chris Rock over a joke about her mother, Willow’s Red Table Talk co-host actress Jada Pinkett Smith. In a recent interview with Billboard, she revealed her thoughts on the matter.

The resulting media frenzy after the slap didn’t make her stray from her creative path, she said, and also didn’t “rock me as much as my own internal demons.”

“I see my whole family as being human, and I love and accept them for all their humanness. Because of the position that we’re in, our humanness sometimes isn’t accepted, and we’re expected to act in a way that isn’t conducive to a healthy human life and isn’t conducive to being honest.”

The singer has always displayed a measured sense of maturity, especially having grown up so singularly in the spotlight. She had her first hit, “Whip My Hair,” when she was just 10 years old. Then there was a flurry of activity where she was set to be the star in a remake of Annie and also release an album to capitalize on the success of her hit song.

However, she decided to turn those things down and never looked back.

“It took a lot of courage for me to say ‘no’ because everyone was rooting for me and trying to support me and expected me to do it. I was just going to dig myself a deeper and deeper hole if I didn’t advocate for myself as early as I did.”

As for the continued fallout from the slap, her father, perhaps realizing that this whole thing isn’t blowing over the way he thought and realizing his career is in actual jeopardy, apologized for the incident again.