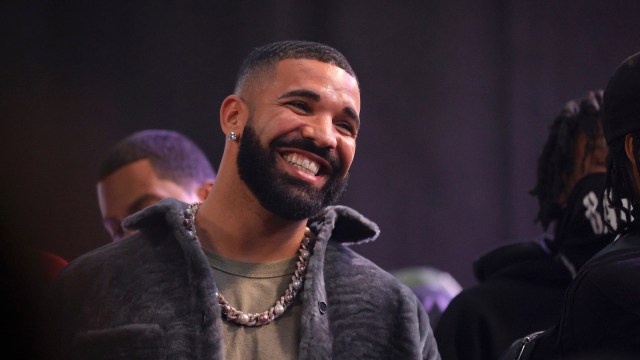 One of Yellowstone‘s biggest stars surprised rapper Drake with an epic birthday gift, and we’re experiencing a mix of slight jealousy, awe, and sheer joy. Drake is celebrating his 36th birthday today, and we think it just might go down in history as one of the best he ever had.

Taking to Instagram, Drake shared an epic snapshot of boots signed by no other than Cole Hauser/Rip Wheeler with a birthday greeting. You might not have Drake being a Yellowstone fan on your 2022 Bingo card, but eagle-eyed fans have had him on the radar for quite some time.

In early 2022, Drake was in Detroit and walked into an establishment where fans were excited to see him, especially one named Brittany. She asked if she could record their meeting, and he said yes, so she switched her camera to the right direction, and we saw Drake wearing Dutton merch. A pullover with the ranch’s logo, in fact, and he looked great in it. Yellowstone fans know it’s all about the brand, so to see him rocking it shows his dedication to the series.

Fans are calling on Yellowstone to bring the Degrassi alum in for a cameo, and we have to say, we’re totally on board for this. They’re tiptoeing into more music territory, or he could come in as a character of his own: maybe a traveling cowboy who happens upon the ranch? Could he be someone who will work against the Duttons for some time? The possibilities are endless.

The gift has to be one of the most extraordinary ways to be honored on your big day. A nod from the cast of your favorite show and one like signed cowboy boots? Drake has got to be feeling the love after this one.

If you’re still on the fence about watching Paramount’s number one series, we’re not sure what else it’ll take to make a believer out of you, but the complicated story of the Dutton family is a can’t-miss. Just ask Drake.

Happy birthday to our favorite Yellowstone fan; we hope you’re channeling your inner Dutton today, Drake. Oh, and we have just one question for ya: who are you taking to the train station with Rip?