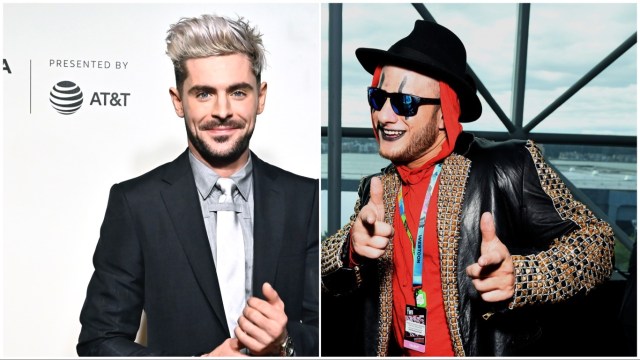 People can’t seem to get enough of Zac Efron‘s “Lord Farquaad” hairdo. And honestly, it’s understandable. The hype didn’t even die down after we got to see the hairdo in motion – if anything, it looked even more glorious. Now the production has hired an actual pro wrestler.

The movie is called The Iron Claw, a true story about the storied wrestling dynasty the Von Erich family. Maxwell Jacob Friedman, aka MJF, will be joining the cast of the movie to provide it with a little bit more pro wrestling authenticity.

Sean Durkin (Martha Marcy May Marlene) is handling the writing and directing of the film, and Efron will play Kevin Von Erich, the only surviving son of wrestling champion Fritz Von Erich. Other stars include Jeremy Allen White, Lily James, Holt McCallany, and Maura Tierney.

Friedman is signed to All Elite Wrestling. He worked his up through the independent wrestling markets and has been a world champion in lower leagues many times over. His blustery personality is especially on display at his website:

“In case you are deaf, dumb, blind, stupid, poor, fat or living under a rock Maxwell Jacob Friedman is the youngest, hottest, fastest rising star in the history of professional wrestling. Friedman—MJF for short—has risen through the ranks of the wrestling industry since his professional debut in 2015. MJF is currently under contract with All Elite Wrestling, where he was the crowned the winner of the inaugural Dynamite Diamond Ring. Maxwell Jacob Friedman is Better Than You and You Know It.”

No word on whether Friedman will also sport an amazing wig, but here’s hoping. Friedman has yet to comment on the casting, but we’ll keep you posted.