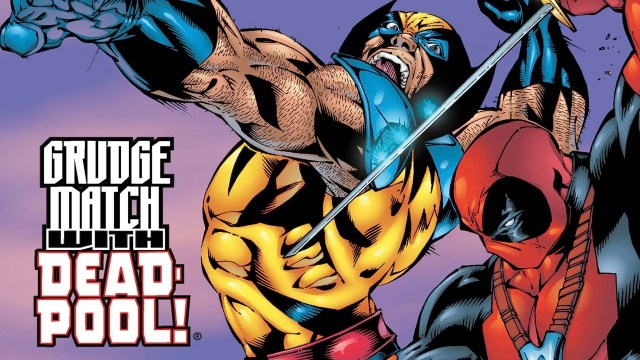 Since Ryan Reynolds dropped the surprise information that Hugh Jackman would be reprising his role as Wolverine in Deadpool 3, fans haven’t been able to stop speculating about what the plot of the upcoming movie would be.

As expected of the fans, there’s been increasing interest in the Marvel Comics issues that have both characters fighting against and beside each other, for a little peek at what a potential plot line could be.

The history between both Wade Wilson and Logan stretches back to the 90s, and so there are so many ways the MCU could approach the iconic pairing in film. But to get a glimpse of all the mayhem that will undoubtedly ensue with Deadpool and Wolverine, here are 10 comics to dive into as you prepare for the third installment of the Deadpool series!

The first must-read comic series you should read to get caught up on Deadpool and Wolverine’s long-running relationship is the latter’s 1994 comic run. This series was particularly long, but the 88th issue marked the official first meeting between the two characters. Their first encounter is a fun mix of comical and bloody, which sets the tone for their entire relationship. The entire 1994 run is also worth a read if you are interested in knowing more about Logan, as it focuses almost entirely on the indestructible mutant.

The writers at Marvel Comics have never shied away from delving into the strange and supernatural, and we see this in 1999’s Wolverine Annual. Logan and Wade Wilson team up in this issue to take on an angry werewolf, and each other! The story is a fun addition because it doesn’t take itself too seriously, and the dialogue and plot move from one silly scene to the next, featuring ninjas, dragons, and lots and lots of beer. The 1999 annual marked one of the first official team-ups between Wolverine and Deadpool.

This was the first comic series to explore Wolverine’s search for answers about his past. He comes across Deadpool in issue 21 when Wade shows up as a mercenary who’s under orders to kill Logan. Deadpool’s inclusion in the series adds some levity to the dark story, and even though Wade is there to kill him, the comic relief still soars. Deadpool spends some time setting tricks and traps for Wolverine to fall into, and when they eventually fight, it is a brutal and bloody affair.

Most times when Wolverine and Deadpool meet up, the situations tend to be a ridiculous affair, and that is the case with The Decoy. Wolverine is sent on a mission to investigate an alien robot that lands on earth and he enlists Deadpool’s help. In this comic, we see Wade in drag and flirting with anyone and everyone, while Wolverine, being a reluctant participant in Wade’s schemes, is nonetheless pulled in. It’s a fun series that highlights how entertaining it is every time these two characters converge.

The Uncanny X-Force comics are some of the best in the X-Men and X-Force runs. In this series, Wolverine creates a black ops team of mutants to take on the more gruesome cases that some heroes might not want to concern themselves with. The Uncanny X-Force series is dark and gritty, and during one of their missions, the team comes across Deadpool, who makes a case about good, evil and existentialism. While he’s known for his witty one-liners and overwhelming sarcasm, this series shows a more serious side of Wade as he works with Logan and the team to save the world.

The Deadpool Kills the Marvel Universe comics are some of the assassin’s darkest runs. The series follows Wade finding out that he is a fictional character in a comic. He comes to this realization when Professor X sends him to a mental institution to help with his insanity. There, Deadpool is brainwashed by an evil doctor named Psycho-Man who helps to get rid of all the voices in Wade’s head, except the one that knows that he is a comic character. Wade sets off to kill all the other fictional characters, including Wolverine in a fight that is as gruesome as it is heartbreaking.

For fans looking for a classic Deadpool story with a silly premise and witty dialogue, Deadpool 2013 is a great comic run. In this series we see Wade and Logan battling resurrected undead presidents of the United States alongside a few Avengers and some fan-favorite Marvel heroes. Deadpool and Wolverine balance each other out in this comic with Logan helping Wade filter out the voices in his head and focus on the present, while Wade helps Logan take things less seriously.

The Old Man Logan series featured a version of Logan that came from a future where supervillains ruled the world. Fans love these comics because Logan is characterized as a grumpy old man who never wants to help. Of course, pairing him up with Deadpool’s playful character means that fans are in for some witty banter, regardless of Wolverine’s age.

This is one of Deadpool’s most popular comic runs because it brings together three unlikely fan-favorite characters: Deadpool, Wolverine, and Captain America. The three have more in common than people would think as they are all products of chemical experiments.  This reflects in the plot of the comic as the trio try to stop a mad scientist from experimenting on citizens in North Korea. The comic shows a more vulnerable and emotional side of the three men and explores their relationships with each other.

Finally, fans that love seeing Wolverine and Deadpool interact would enjoy their most recent encounter in issue 23 of Wolverine’s current comic run. In this comic, Deadpool reaches out to Logan to get himself back into the X-Force team. They get sliced into pieces in a battle simulation, and are appalled when their limbs start stitching back together with the wrong bodies, leading to the creation of a ‘Poolverine’ hybrid. It’s unlikely that the Deadpool movie will adapt this plot point, but it is an entertaining read that highlights the dynamic between the two characters.