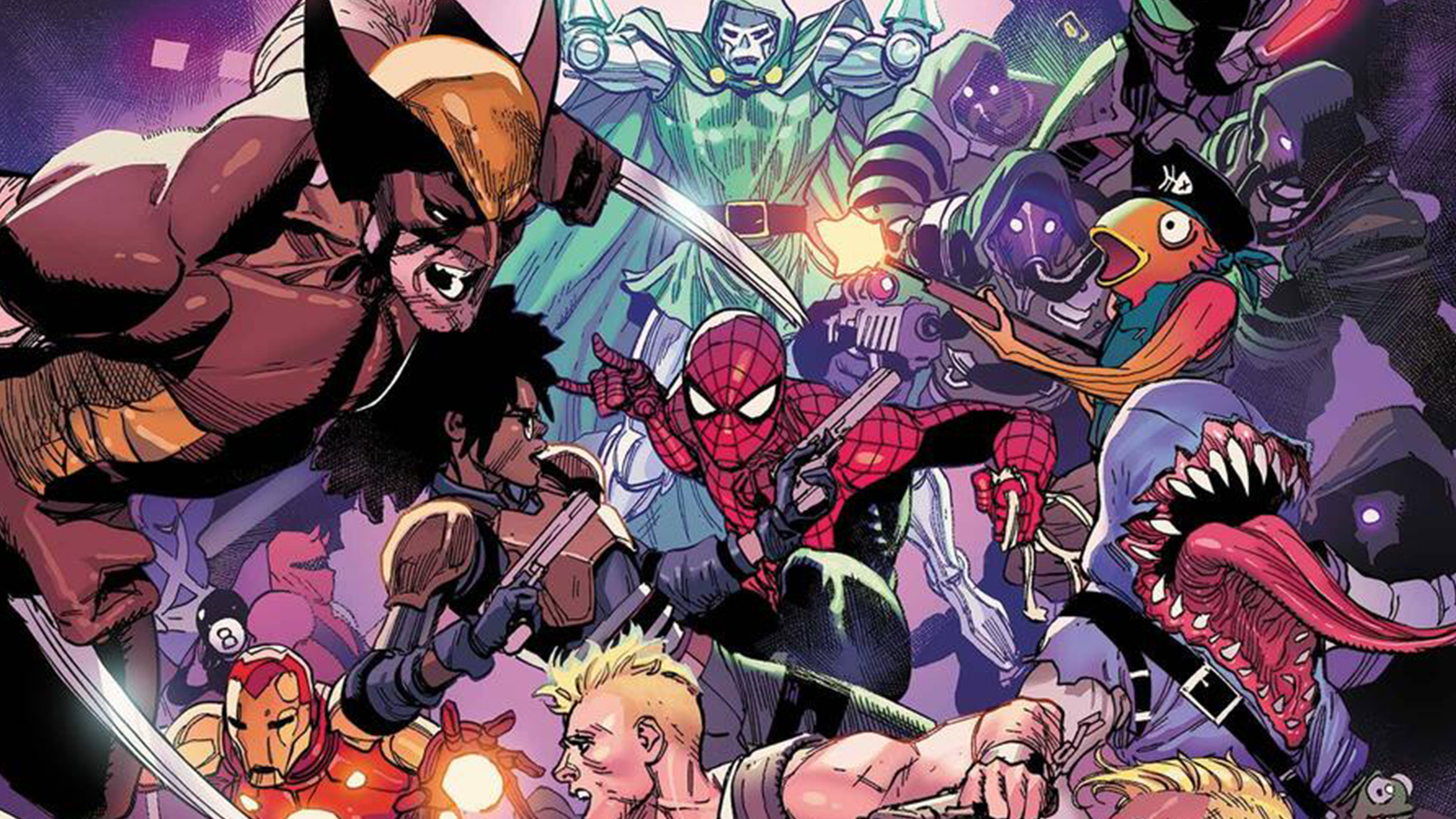 As Fortnite X Marvel: Zero War launches its first chapter in stores fans are getting their first glimpse at the climax of the run with the cover of its final entry.

Fortnite X Marvel: Zero War is a mini-series written by Christos Gage and Donald Mustard with art from Sergio Davila. As fans got to see in previous issues, Doctor Doom has emerged as the series’ threat accompanied by villains from the Fortnite universe.

On the cover, we see a ton of popular characters from both franchises including Wolverine, Spider-Man, Doctor Doom, Iron-Man, Doctor Slone, Fishsticks, and more. The cover was drawn by artist Leinil Francis Yu.

The final issue of this mini-series is set to have the most crossover with what is happening in the Fortnite game, according to an interview Gage had with IGN.

Fans who are eager to get their hands on this run can pick up volume one now with the next landing on July 13.

Fortnite X Marvel: Zero War #5 will conclude the run when it lands in stores on Sept. 28.