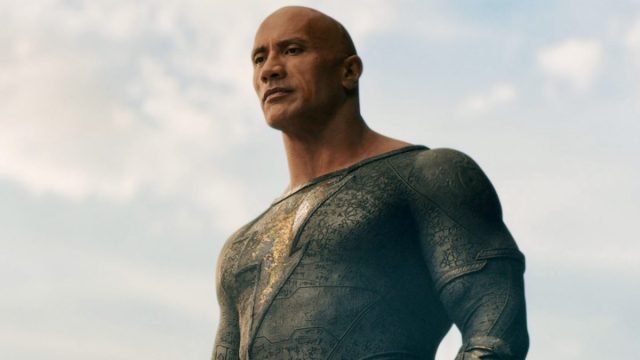 Teth-Adam, or Black Adam as he is more commonly referred to, is one of the DC Comics Universe’s most popular and powerful characters. He has fought with and against some of the biggest comic book names and has had insane action and emotion-packed storylines for decades, cementing him as one of the franchise’s most iconic and beloved characters.

Black Adam recently made his long awaited live-action debut in the much anticipated Black Adam movie, with Dwayne ‘The Rock’ Johnson taking on the role and increasing the interest of new fans to the character’s original comics.

While there are countless Black Adam storylines that chronicle his highs and lows, as well as his shifts between heroism and villainy, here are some of the key comic storylines that greatly define his character.

The 52 comic series, not to be mistaken with the New 52, was a weekly series, released over 52 weeks, that chronicled the events in the DC Universe for the year that followed the Infinite Crisis event. Many minor characters received more screen time during 52 and we saw Black Adam stand out, as he decided to change his ways and become a hero during this time. The 52 comics show Black Adam falling in love, starting his own Black Marvel family, and growing in popularity and strength. This is a great comic series to start with as many comics include stories that are directly affected by the events of 52.

World War III was a four-part tie-in mini-series that took place in week 50 of the 52 series run. After we see Black Adam create a family and find love in 52, World War III showcases the events that take place when that family is stolen from him. The events of World War III kicked off after Black Adam destroys the nation of Bialya in a fit of rage after his family is killed by the four horsemen. After this, Adam goes on a global rampage, destroying multiple cities and nations. It takes a few superhero teams such as the Justice Society of America, the Justice League of America, the Teen Titans, the Great Ten, and more to finally stop him.

The Dark Age takes place after the events of 52 and World War III and shows Adam at one of his lowest points. After recovering from his blind rage in World War III, Adam realizes that he is truly alone and without the woman he loves. In The Dark Age, he sets out to attempt to resurrect his love, Isis. It is one of the best comics that demonstrated the love and emotion that Black Adam is capable of as he is so often characterized as a villain and antagonist.

Savage Times gives readers a glimpse of Black Adam in ancient Egypt when Shazam, Mr. Terrific, and Hawk Girl are sent on a mission to the past to defeat Vandal Savage. In this storyline, we meet an earlier incarnation of Black Adam who was more villainous and even more powerful. This story also gives us one of many iconic battles between Black Adam and Shazam. Though the incarnation of Adam we see in Savage Times doesn’t reflect who he is in recent comics, this arc best displays the true extent that Adam could go to if he was fully on the side of villainy.

The Black Reign storyline is a great one for readers who would love to see Adam at his morally-gray best. In this arc, we see Black Adam lead a team of heroes such as Atom Smasher, Nemesis, Alex Montez, Northwind, and more to his home country of Kahndaq, which was being ruled by an evil dictator. While the story starts out as a justice mission for Adam’s home, it quickly turns into a bloodbath when the Justice Society of America decides to intervene and dethrone Adam. In this storyline, we see the lengths Adam would go to protect his nation and the repercussions of his single-minded devotion to his home.

Black Vengeance is a direct sequel to Black Reign and features Adam battling against the Spectre who attacks Khandaq and lays waste to the capital city of Shiruta. The JSA step in to assist but since Black Adam is still mad at them for their actions in Black Reign, he refuses their help and is instead assisted by Atom Smasher, who remained in Khandaq with him. Both Black Reign and Black Vengeance show the deep relationship between Adam and Atom Smasher, as by the end of the story arc, Black Adam is stripped of his powers by the Spectre and it is only thanks to Atom Smasher that he can regain them.

Villains United was one of four miniseries released in the buildup for the Infinite Crisis event in DC Comics. The Villains United storyline featured six issues and followed a new incarnation of the Secret Six. Lex Luthor created the Secret Society of Super-Villains alongside Black Adam, Deathstroke, Talia al Ghul, Doctor Psycho, and the Calculator. Some villains were not thrilled about this as they were not invited to join Luthor’s society, so a mysterious figure named The Mockingbird assembles the Secret Six consisting of Catman, Deadshot, Ragdoll, Parademon, Cheshire, and Scandal. In this thrilling series, we see these two teams clash.

Black Adam’s latest comic run may not be complete, but the series is already setting up even more key moments for the antihero, and building some emotional storylines surrounding the character. In the new comics, we see Adam infected by a disease that has stripped him of his immortality and is causing him to slowly die. We see Adam grapple with the concept of death as he thinks about his legacy, and we are also introduced to his successor, a descendant of his named Malik White. The story is deep, personal, and full of promise for Adam’s development.