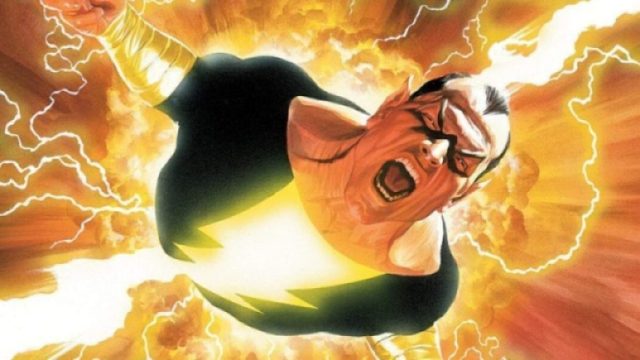 Black Adam has been one of the DCU’s most anticipated movies for quite some time, as many fans believed it would help earn the polarizing universe some credibility. Thankfully, the film was released to favorable reviews for its cinematography, supporting characters, and the performances of Dwayne Johnson and Pierce Brosnan.

Black Adam is one of the most powerful figures in DC Comics, and he has fought many other powerful characters over the years in the comic books. In the film, the anti-hero went head to head against the Justice Society, namely Hawkman, Doctor Fate, Atom Smasher, Cyclone, and more, but he has gone up against many more heroes and villains in the comics. Sometimes he wins, sometimes he loses, and other times it’s a stalemate, but these fights are some of the most entertaining.

Here are the mightiest characters Black Adam has fought and who won.

Hawkman is a title used by quite a few characters in DC Comics, and all of them is known for their Nth metal wings and mace used in hunting down criminals. In the film, we see Black Adam defeat Hawkman, portrayed by Aldis Hodge, in a scene that has played out in the comics before, though under different circumstances. The “World War III” arc is one of Adam’s most iconic and one where we see him battle and defeat many characters, heroes, and villains alike. When the Justice Society tracked Adam down, Hawkman and Adam took to the air for a short battle where Adam left Hawkman beaten and bloody before letting the man plummet back to land.

Superman and Black Adam have fought many times in the DC comics and are usually evenly matched in powers. Although Superman is stronger,  Adam’s magical abilities sometimes put him at an advantage. The two superpowered warriors have exchanged blows countless times, though most of these instances were either in ensemble fights or featured alternate-dimension versions of themselves. One of the few fights where they were both from the primary Earth and fought one-on-one took place in the Villains United arc. However, there was no clear winner to the fight as Superman had to let Black Adam go after being manipulated by Doctor Psycho.

The Martian Manhunter, aka J’onn J’onzz, is an original member of the Justice League and formidable opponent for any character. There are very few opponents that can take him on due to his incredible abilities, including shape shifting, telekinesis, regeneration, flight, and more. However, he was defeated by Black Adam in the “World War III” storyline. The Manhunter is often seen as one of the most powerful members of the Justice League with abilities that sometimes rival Superman’s, but he was in for a surprise when he encountered the dangerous Black Adam. The Manhunter attempted to stop Black Adam from propagating his war but was vaporized with lightning. Also, after taking a look into the rage and darkness in Adam’s mind, the Manhunter ran away with tears in his eyes.

Black Adam slaughtered the Four Horsemen of the Apokolips in the New 52 story arc, with Death, or Azraeuz being the strongest and hardest to kill. Adam and Death fought through cities with the battle eventually settling in a country called Bialya. The death and devastation from their fight only caused Death to grow stronger, but he was ultimately no match for Black Adam’s vicious rage.

Sobek, or Yurrd, was another one of the Four Horsemen of the Apokolips, and the horseman of Famine. He appeared as a talking crocodile that befriended the gods Isis and Osiris. After Sobek brutally murdered the gods in cold blood, Adam was enraged and went to battle the crocodile. The fight was short-lived but remains iconic as Black Adam ripped Sobek in half by his jaws, tearing the mythical creature apart.

Crossovers from different versions of Earth aren’t uncommon in comics, and the DC Universe features other versions of Earth’s characters frequently. Ultraman is the Superman of Earth-3 and the evil counterpart of the beloved hero. In the Forever Evil storyline, Ultraman attacks Earth with his Crime Syndicate, and it is up to the villains and anti-heroes of Earth to defeat them. The first time that Ultraman faced off with Black Adam, he unfortunately couldn’t stand a chance and was brutally defeated. Ultraman crushed Adam’s jaw and beat him to a pulp.

Shazam is Black Adam’s primary antagonist in the comics, and the two have battled it out many times. In most of these fights, the they were evenly matched, though Adam’s wins were usually because he is more willing to be brutal than Shazam. The pair are often cited as two sides of the same coin as their powers are gifts from the gods, but while Shazam fights for good, Black Adam is sometimes willing to do whatever it takes to win, and his rage is often an advantage in fights. However, in one of their notable fights, Shazam has been corrupted by the evil Batman Who Laughs. Dubbed “King Shazam,” he challenges Adam in Kahndaq. We see that King Shazam actually has the power and viciousness needed to defeat Black Adam. He beats Adam to the point of near death and chooses to spare him.

Ahk-Ton is one of the most powerful DC Comics characters and is an evil dictator that became the first Metamorpho after using the Orb of Ra to get his powers. Ahk-Ton became a dictator over Egypt, but Black Adam didn’t bother with him until the villain made a move on Kahndaq. Ahk-Ton pillaged Kahndaq and slaughtered the people, including Black Adam’s family which led him on a revenge quest. Adam was able to capture and later kill Ahk-Ton with some help.

In the post-“World War III” arc, many characters tried to take on and defeat Black Adam, including the Teen Titans. Terra was a member of the team, though she was secretly a double agent and worked against them sometimes. However, she was still a beloved member of the Teen Titans, which was why it was so devastating when she tried to attack Black Adam. He took her out with a single punch that went through her chest.