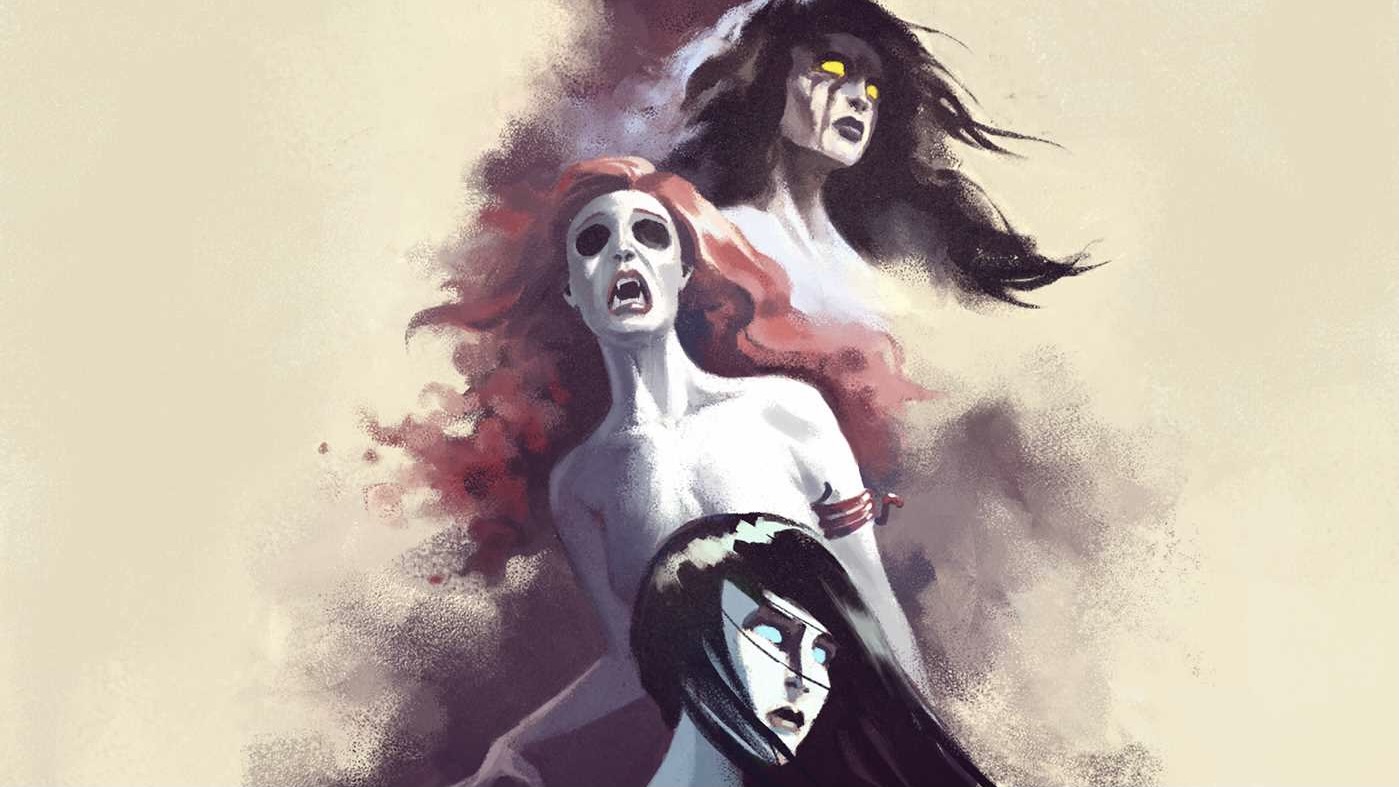 If you aren’t familiar with Cult of Dracula, don’t worry because the underground hit comic series is poised to take a bite out of mainstream audiences on the live-action and animated fronts.

Vampires are coming, and they are poised to become the pop culture monsters of choice in the near future. Whether it’s Marvel Studios resurrecting Blade, AMC dusting off Anne Rice’s The Vampire Chronicles, this year’s Morbius release, or the upcoming Lost Boys reboot, audiences should be prepared for an onslaught of blood suckers for years to come.

What would a vampire invasion be without the first and greatest of all the living dead, Dracula? Rich Davis, author of the hit Cult of Dracula comics from Source Point Press, has fans covered with both live-action and animated adaptations in the works. Bear in mind, this is not your run-of-the-mill Dracula story.

What is ‘Cult of Dracula?’

Based on Bram Stoker’s original epic, COD is a modern retelling of Dracula from 1897. As Davis describes it, “You know Bram Stoker’s genre-defining classic by heart, but you have no idea where this story is going.”

All your favorite characters are here: Count Dracula, Van Helsing, Nina, Renfield, Harker, and Lucy, but bringing them from the 19th Century to present day required some reimagining, particularly when it came to the count himself. Rather, in this case, herself. The Cult of Dracula trilogy blends the idea of Dracula as the leader of a cult with pagan rituals and witchcraft galore. The titular character, however, is not a man, but a woman. Actually, she’s several women, as the moniker of Dracula is passed down from one woman to the next. Throughout the centuries of worship, she has welcomed many followers into her underground religion, including both vampires and humans.

The comics feature three distinct story arcs. COD begins with FBI agent Malcolm Bram’s investigation into a mysterious cult that ultimately leads to him unearthing the Ordo Dracul. After the throne is passed to Nina, the story moves ahead a decade to Rise of Dracula as the vampires come out of the shadows to claim their place atop the world’s food chain. By the time readers enter Reign of Dracula, all hell has officially broken loose.

The world of live action

While COD has been an underground comic sensation since 2020, mainstream audiences should get ready for a taste of blood. Last year, Sure Pictures optioned the title for a live-action television show. Set to be filmed in North Carolina, the series will take on a life of its own apart from the COD comics. “It’s going to be a prequel focused on Agent Bram,” Davis explained. “It will be kind of an X-Files police procedural. Bram’s kind of a Scully. He’s skeptical, but he believes there’s something out there, and the bureau puts him on all the strange crimes.”

Although nothing has been finalized, Davis said that actor Tony Todd, famous for his iconic role in 1992’s Candyman, is in talks to bring Agent Bram to life. There is no official start date, but Davis says he is hopeful filming will begin in late 2023 or early 2024. “Making a television show is a very slow process, but we are steadily moving forward.”

As for the plot, this story will be inspired by COD and serve as a companion to the comics, ultimately leading directly into COD #1. “I see this going three seasons,” Davis elaborated. “The finale of season three would be Bram getting into the events that open Cult. The show will delve more into the inner workings of the cult and the conspiracy to cover it up and just the whole vampire mythology surrounding that.”

The live-action show will be only the beginning for the world of COD. Voice casting is underway for a 90-minute motion comic adaptation of the original Cult of Dracula series, which will be a more direct retelling from the comics. If all goes to plan, all three chapters of COD will find their way onto the small screen. “It’s going to be really cool and fully voice acted. We’re pulling together an incredible voice cast for this. It’s probably going to see the light and be out there within the next 8-10 months,” said Davis.

Whatever flavor you enjoy your vampire cinema, there will be something for you with so many projects in the works. When it comes to COD, rest assured that you will be getting a true horror adaptation. In other words, forget the sparkling, fangless vampires from Twilight. No weird thunderstorm baseball scenes here – just mystery, mythology, and gore aimed at adults.