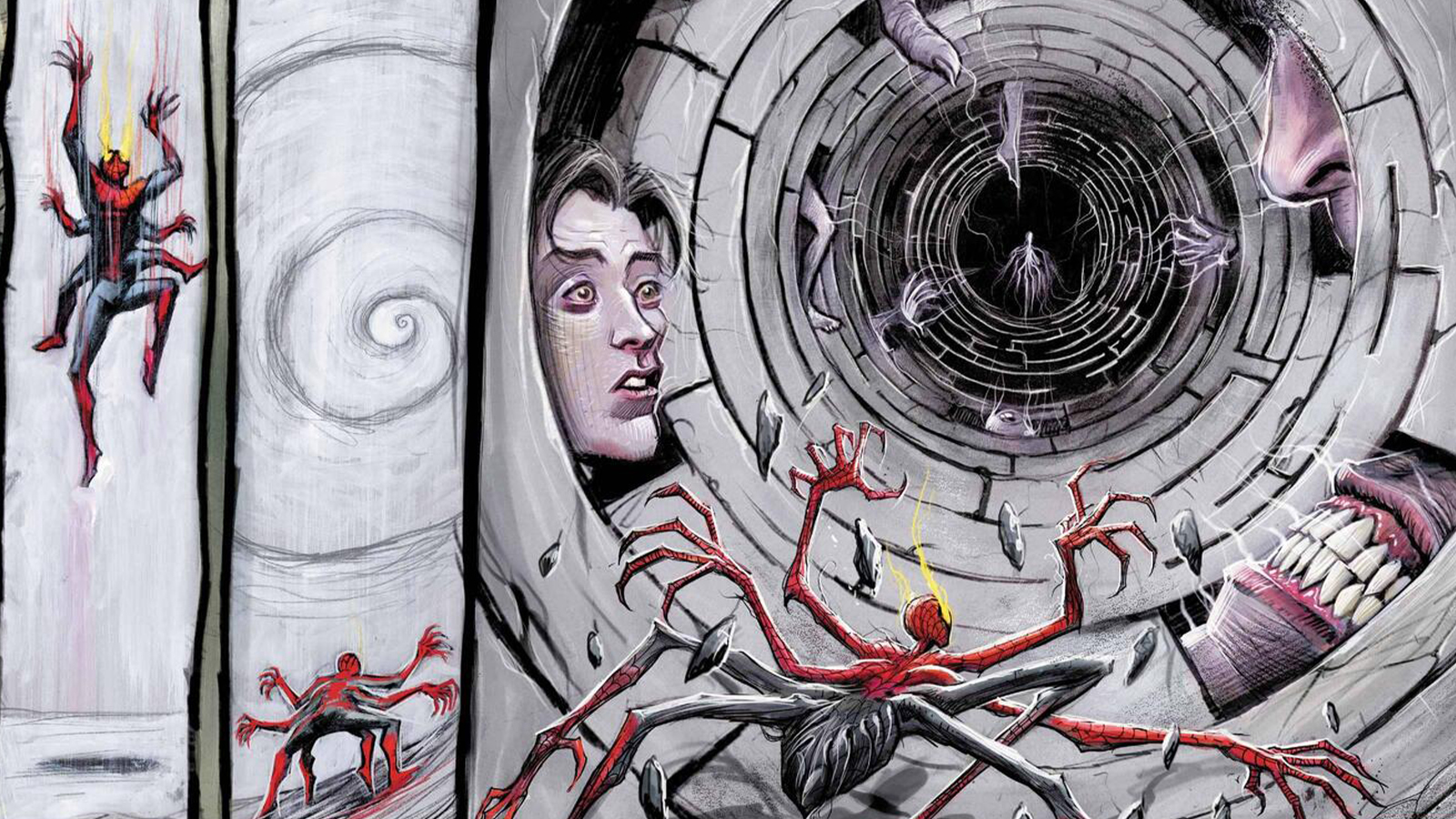 A new Spider-Man comic book run is set to arrive in October and it might be the most creepy comic adventure yet for the web-slinger.

Deadly Neighborhood Spider-Man #1 will arrive in a little over a month, and it will see Peter Parker venture to Los Angeles, as demons turn his dream trip into a nightmare.

The upcoming Spider-Man run has been crafted by Taboo, B. Earl, and Juan Ferreyra. Marvel fans will be pleased to hear that the story will feature a familiar foe for Parker that X-Men fans will be excited about.

In the first look at Deadly Neighborhood Spider-Man shared by Marvel, we see its unique art style as Peter appears to fall into insanity as his body begins to be distorted into more of an authentic spider-form.

Alongside the preview, a synopsis for the run was also shared that teases Peter’s upcoming battle against his own demons.

“DEADLY NEIGHBORHOOD SPIDER-MAN, Peter will find himself at the intersection of dreams and reality, as well as science and magic. As he struggles to find the distinction between what is real and what isn’t, this revolutionary dark take on the Web-Slinger will pit him against a familiar demon – one known to X-Men fans, in particular.”

If this preview has piqued your interest, there won’t be too long to wait before the first issue drops. Deadly Neighborhood Spider-Man #1 is set to land in stores and digitally on Oct. 19. You can read this run and more via the Marvel Comics app.