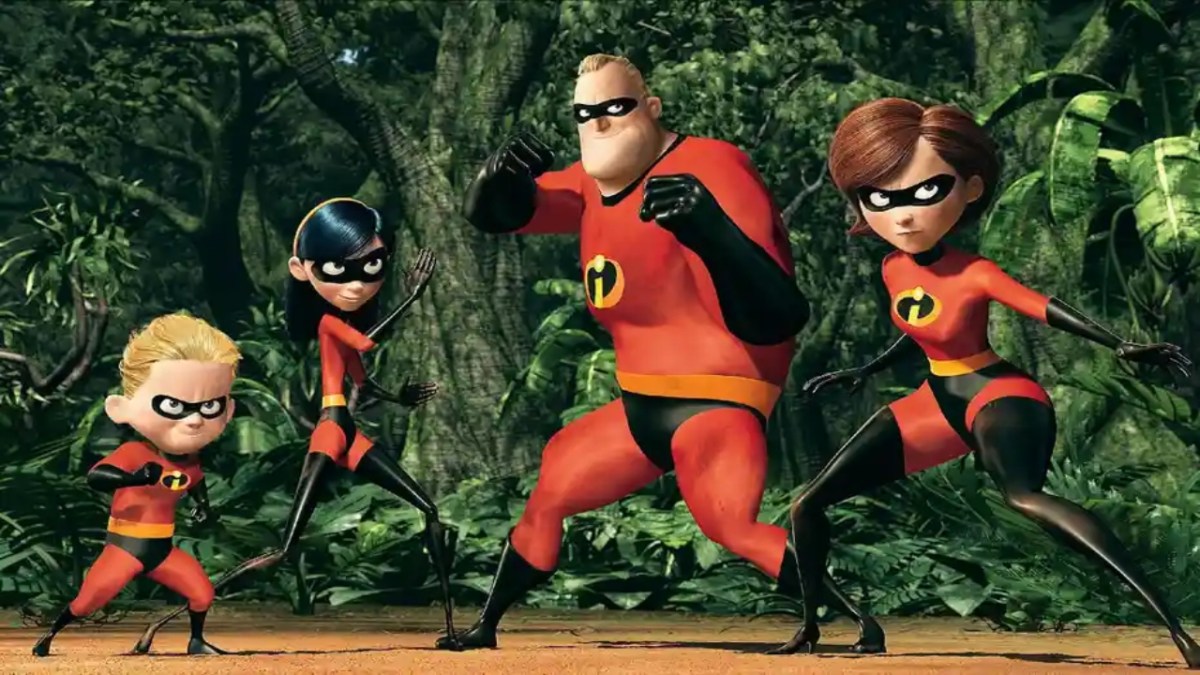 It’s no secret that Disney owns a lot of companies and would probably buy the world if it could. In addition to Disney’s several theme parks, the more than 100-year-old company also has its hand in streaming (Disney Plus), network TV (ABC), and sports (ESPN.)

Disney also owns Lucasfilm, Marvel, and Pixar, which means that Luke Skywalker and Wall-E could potentially exist in a crossover one day. On Twitter, the question was asked: what if characters from classic Disney films had to fight Marvel characters? Who would win?

Let’s take a look at some of these matchups and figure out who’s going to be top dog (mouse.)

Tinker Bell Vs. The Wasp

Is this one even a contest? What are Tinker Bell’s powers, besides being annoying? Maybe that’s unfair. Tink can fly around and produce pixie dust, which she can bestow on others to help them fly as well. She’s also a pretty good “tinker” (hence the name) and can fix pots and acorn caps.

As far as I can tell, that’s it. She has no fighting ability at all. Wasp, on the other hand, can shrink and get bigger at will. She has superhuman strength, durability and can travel at speeds of up to 125 miles an hour.

Wasp is also a superhero with a genius-level intellect and a mastery of martial arts. This wouldn’t even be a fair fight. The only think Tink could do is pray for a quick death.

Verdict: The Wasp. Not even close.

This one is a little more evenly matched, in theory anyway. They’re both sorcerers and they both hold positions of power. Maleficent is also evil, which helps. The hard part is most Marvel characters are trained fighters and most Disney characters are not.

The good news is that Maleficent is absolutely one of Disney’s most powerful villains. With her staff, she can teleport, use spells, project lightning, and see the future. She can turn into a huge dragon and spit hot fire. She can conjure objects and also control the weather. In effect, this would not be an easy fight.

The good Doctor Strange, on the other hand, is no slouch when it comes to magic. He is the most powerful member of Masters of the Mystic Arts. He can conjure weapons and shields using Eldritch Magic and he can cast spells with various powers.

Strange can also travel through dimensions, create portals, and project energy blasts. His cloak can also aid him in fights. Gonna be honest, this might be a close one. If these two went head to head spells would fly through the air like fireworks.

If Strange could get close enough to attack Maleficent he would obviously overpower her, but she’s too smart to let that happen. Maleficent could also transform into something huge to even the odds. I’m going to give this to Strange, but only because he would banish Maleficent to another dimension, not defeat her one-on-one.

This would be a short fight. Ariel’s “abilities” include being able to talk to fish, breathe underwater, and swim really fast. That means she could retreat quicky when Namor went after her. She’s also a really good singer and dancer.

Am I missing anything? Oh, she can learn to walk really quickly once she gets legs. Namor, on the other hand, has superhuman strength, speed, and durability. He can also fly. Almost every sense in Namor’s body is enhanced, and he can heal fast due to his metabolism. Namor is also a trained warrior.

Honestly, a 13-year-old boy who’s taken a full day of karate lessons could win in a fight against Ariel. She would have to enlist the help of her father King Triton, who could probably at least give Namor a run for his money.

Namor’s only weakness is he gets weaker being away from water, which Ariel needs anyway, or water pollution, which would also hurt Ariel. I can’t think of scenario where she wins this, but I’m happy to argue about it.

Verdict: Namor, by a lot.

One is an incredibly charming anthropomorphic fox with a penchant for robbing rich people and trickshots; the other is a human who’s really good at archery. On the surface, this might seem like a done deal, but is it?

Clint Barton’s main ability is that he’s the “world’s greatest archer”, but that’s human archer. Robin is definitely the world’s greatest Fox archer. Now, you’re probably saying Robin is only good at trickshots, but let’s not forget Robin’s other abilities. He’s a master of disguises and very adept at sneaking around.

One on one, sure, Hawkeye would have an advantage. But if Robin takes his time and plans everything out, maybe pretends to be a barista where Barton gets his morning Joe and then ambushes him, I think we got ourselves a fight.

Remember, Burton is human and Robin is a talking Fox, so what other magical stuff is going on? Don’t count out the charm either. Hawkeye is a wet blanket.

This is a good matchup and by no means a sure thing. What Disney Beast (DB) lacks in intellect he makes up for in pure unbridled rage. Marvel Beast (MB) is also strong but his main power, one could argue, is his superior intellect. In fact, he’s kind of a nerd.

Let’s go over some facts first. DB is no slouch. He possesses superhuman strength, speed, agility, durability, and healing. He’s good at stealth, and he has razor sharp claws and fangs. Like MB, he’s also intelligent, as he was a Prince before he was a beast.

MB has a lot of the same attributes, and he has the perceived advantage of training with Professor Xavier and the X-Men. He’s incredibly athletic and also slips into a sort of berserker rage at times.

This one goes to DB. He’s bigger and decidedly more vicious. He’s stronger too. He would pound MB into a mush and tear him to shreds. It would be a good fight regardless.

This is a big one. It might seem like a done deal on the surface, but when you dig a little deeper it’s not as simple as it seems.

We’ve never really seen the full extent of Mary Poppins’ power. We do know she can fly. She also has a bottomless carpet bag which can carry anything she wants to. Poppins can makes things happen with a snap of her fingers and travel through portals made of chalk. Is she a sorceress? A witch? What else can she do?

Yondu’s powers are fairly straightforward. He has the ability to control a deadly arrow through a series of whistles. Other than that, he’s a thief, pilot, and head of a breakaway faction of The Ravagers.

Poppins could nullify Yondu by summoning his arrow and neutralizing it inside her bottomless bag. She could then use her ability to manipulate the world around her to snap him in half the same way she closed the bed in the movie. The truth is Mary Poppins could be the most powerful being in all of Disney. We just don’t know.

Would you want to fight Mary Poppins?

The Incredibles Vs. Fantastic Four

Here’s another one where we need to lay out the facts because it’s also going to be close. Let’s start with The Incredibles. Mr. Incredible possesses super strength, speed and agility. He’s not invulnerable, however, and does feel pain. His counterpart on the Fantastic Four side would be Ben Grimm aka The Thing.

Mr. Incredible sometimes breaks and dents things accidentally, showing that he doesn’t have a complete mastery over his powers. The Thing has similar powers, but he’s also immortal in his rock body, which means he could theoretically outlive everyone. His main weakness is that he will eventually lose his powers if he’s not around the other members of his team.

Elastigirl is fairly invulnerable and immune to bullets. She can also stop missles with her body and shapeshift into various objects. She’s a mother, which you can never count out, if only for the pure rage when it comes to protecting her children. Her counterpart in the FF is Mr. Fantastic.

Mr. Fantastic is a super genius, in addition to his plastic abilities. He’s a martial arts expert and hypnotist, and can pretty much bend into any shape possible..

Daughter Violet Parr can turn invisible and create force fields. Not the most exciting power, but that’s pretty much identical to what Sue Storm aka Invisible Woman can do. Sue can also use a sort of radar, cause explosions, and send shock waves.

This leaves us with Jack-Jack, who can set himself on fire like Johnny Storm aka The Human Torch. Because Jack-Jack is a baby, he’s a wild card and could very well turn the fight if only because of the unknown. Johnny Storm can fly really fast and weaponize his fire energy into super powerful blasts.

Johnny is also durable and fairly impulsive, which could lead to bad decisions. Finally we have Dash Parr, who has super speed and can run on water and up buildings. He never gets tired, but he is only a child so his powers are still developing.

The FF are four adults and The Incredibles are two adults and three children. It would be a good fight, but I’m going to have to give this one to Marvel.

Verdict: Fantastic Four (but Jack-Jack is a wildcard.)