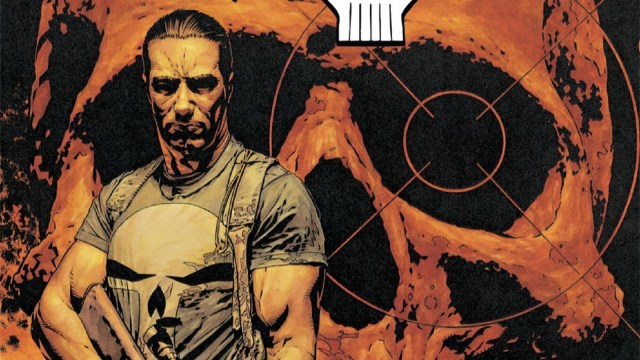 Warning: The following post contains graphic images and stories that depict acts of violence and sexual abuse. Discretion is advised.

Marvel Comics has a whole heap of characters, genres, storylines, and powers that they play around with. Dating back to its days as Timely Comics before transitioning into Atlas Comics, Marvel has technically been in business since 1939. The content has only been growing as the publisher continues to build its mythology, constantly adapting and updating to match the times. The MCU has spent over a decade adapting these storylines for the big (and now small) screen, but there are some storylines they will never, and perhaps should never, adapt under any circumstance. Warning: these stories are seriously disturbing.

Thanks to the additions of the Disney/Marvel series, we are seeing a lot of playing around within the superhero genre. Whereas many of the original MCU movies all felt like your standard “superhero” movies, these series are allowing Marvel Studios to experiment a little more, with the recent What If..? and She-Hulk as prime examples. The comics equally play around with the genre, so this isn’t something new for Marvel; it has been going on for a long time.

Some of the comic stories ended up getting quite dark and sometimes disturbing. In these cases, it is so much so that we can’t imagine how the MCU would adapt them for the screen without destroying our image of a beloved character and forcing them out of the realm of family-friendly viewing and into R-rated territory. Even Deadpool wouldn’t touch some of these with a 10-foot pole.

Garth Ennis may not have created The Punisher, but he gave us the most brutal version of Frank Castle. Ennis’ Punisher is much darker than most other heroes we have come across, and he has already been brought to life for the small screen for the Netflix/Marvel series The Punisher.

There is one scene from the Ennis era that we would really struggle to see happening onscreen though, which appeared in issues #16-17 of the Marvel Knights comics. Here, Punisher eviscerates Wolverine’s face with a shotgun before running him over with a steamroller, leaving his mangled corpse underneath the machine. Due to Wolverine’s healing abilities, he won’t die, but he will remain trapped underneath the machine, mangled, trying to heal himself while the machine sits on top of him. Punisher has done worse, and Wolverine has also been tortured before in a similar manner, but this seems nightmarish enough to never make it to the screen.

In a plot that seems more fitting in Game of Thrones, in the Ultimate Marvel Universe, Scarlet Witch and Quicksilver have a sex. That’s right—Wanda and Pietro Maximoff, twin sister and brother, have an incestuous relationship. The scene is made worse by the fact that one of their intimate “sessions” was observed by Wolverine hiding in the bushes.

Now, this is something that definitely can’t happen in the MCU, thank God, because for starters, Pietro is dead and looks unlikely to return. Also, the Scarlet Witch is a huge commodity for the MCU. Although she may have gone off the rails a little bit after she became the villain in Doctor Strange in the Multiverse of Madness, it is unlikely Kevin Feige and his team will ever take it this far as it could cause avid fans to truly turn their backs on her further down the line.

The Ultimate Universe seems to revel in its shocking behavior, and this one death may have audiences finding they can’t keep down their dinner if it were ever to be adapted. In the Ultimatum comics, a tsunami causes devastation and destruction with the heroes struggling to save as many as they can at the risk of their own lives. In the aftermath, Hank Pym/Ant-Man goes out to seek his missing wife, Janet Van Dyne/The Wasp, only to find the villainous mutant, the Blob, eating her corpse. The illustration looks more like something out of The Walking Dead comics and is made further horrific as the Blob states she “tastes like chicken.” Enraged at what he is seeing, Pym goes into giant ant form and bites off the Blob’s head. It is highly doubtful we will see this anytime soon in the MCU.

Prior to the above event, Hank wasn’t exactly the most loving of partners. He verbally abuses his wife Janet Van Dyne, and this culminates in him slapping her across the face in Avengers #213. In the issue, Hank tries to regain the trust of the Avengers, who had court-martialed him, by designing a robot to attack them that only he can defeat, thereby saving the day and ensuring he kept his membership. When Janet discovers what he is planning, she confronts him only to be beaten by her own husband who claims, “It’s my only chance to redeem myself.” It doesn’t help that his wife is also in her small nightie, furthering the trope of “sexualizing” domestic violence. Fans of the comics were never able to look at the character the same after that, and it is highly doubtful that the MCU wants to attach this kind of negative attention to their on-screen version of the character.

In Spider-Man and the Power Pack #1, the writers created a character named Skip who appeared in a flashback to Peter’s childhood. Skip met Peter when he was studying in the library and commented upon the boys intelligence, nicknaming him “Einstein.” The two built up a friendship which was encouraged by Aunt May who worried about how lonely Peter appeared. They would hang out together at Skip’s house. In one instance, Skip showed Peter a “girlie” magazine and said that they should touch one another like the people in the magazine. Peter appeared terrified at the idea but was too scared to leave, suggesting that he was indeed molested. He later told Aunt May and Uncle Ben, and it was implied that they notified the authorities. This story was designed to help children reading Spider-Man deal with real life issues, in this case sexual assault. Despite its teaching purposes, it casts a rather grim light on the famed superhero;s childhood and is probably not going to find it’s way into the MCU.

Magneto has his mind blown

The Ultimatum comics center around Magneto as he causes absolute chaos after believing his children to be dead. Once Magneto is finally caught after having murdered millions of people across the world, it takes a combined effort of multiple superheroes to finally get him to his knees. The Ultimate Wolverine dies for good in the process thanks to Magneto ripping his adamantium skeleton from his body. Cyclops then uses his optic beam to blast Magneto’s head from his body, finally putting an end to the X-Men’s longtime foe. Later on, Cyclops is assassinated when giving a speech in Washington, D.C. by none other than Magneto’s own very much alive son, Quicksilver. Now, we have seen something not too dissimilar in the MCU when Earth-838’s Doctor Strange is “put down” by Black Bolt, but it doesn’t quite come to the gruesome level that is depicted in the comics.

In one of the weirder time loops that appear in the Avengers comics, Avengers #200 sees Ms. Marvel (who at this time is Carol Danvers) raped by her own son who impregnates her with himself. Yeah, it’s messed up. Marcus was born in Limbo and was stuck there alone after his father, Immortus, vanished. He could not leave, so he transported Carol into Limbo with him and altered her emotions to make her believe she liked him. He then impregnated her and sent her back to the exact time he found her with no memory of what happened. Carol then had an accelerated pregnancy of just a few days before giving birth to Marcus who now existed out of Limbo and aged rapidly to his original age. He could not stabilize himself though and was forced back to Limbo taking Carol, who still believed herself in love with him, along, too. Marcus didn’t stop aging and eventually grew old and turned to dust which freed Carol and allowed her to leave. What is even more sickening was this was in a comic very much aimed for children. No, we cannot see the MCU ever picking up this story, not in a million years.

In the Marvel Zombies, Mr. Fantastic is actually one of the main antagonists of the series and seems to lose his mind after the death of his children at the hands of zombie She-Hulk. He starts to admire the zombies and believes them to be the next evolutionary step. With this belief in mind, he then deliberately infects the Fantastic Four and allows them to feast on his flesh all the while saying he wanted this to happen as his friends and wife chomp down on him. Now the MCU has already messed around with zombies in What If..? and that was already quite gruesome, but this seems to go above and beyond as Mr. Fantastic deliberately infects people and seems to be all too happy to be eaten alive. It is highly unlikely the MCU will run with this story once the Fantastic Four do make it onto our screens in the not-to-distant future.

There are plenty more uncomfortable Marvel storylines littered throughout their many comics that we likely will never see on our screens, but the above ones really seem to take the cake when it comes to the shock factor. It would be a fair thing to assume that much of the audience would leave the cinemas feeling traumatized if they were ever adapted for live-action, so let’s just hope that they stay on the written page and go no further than that.