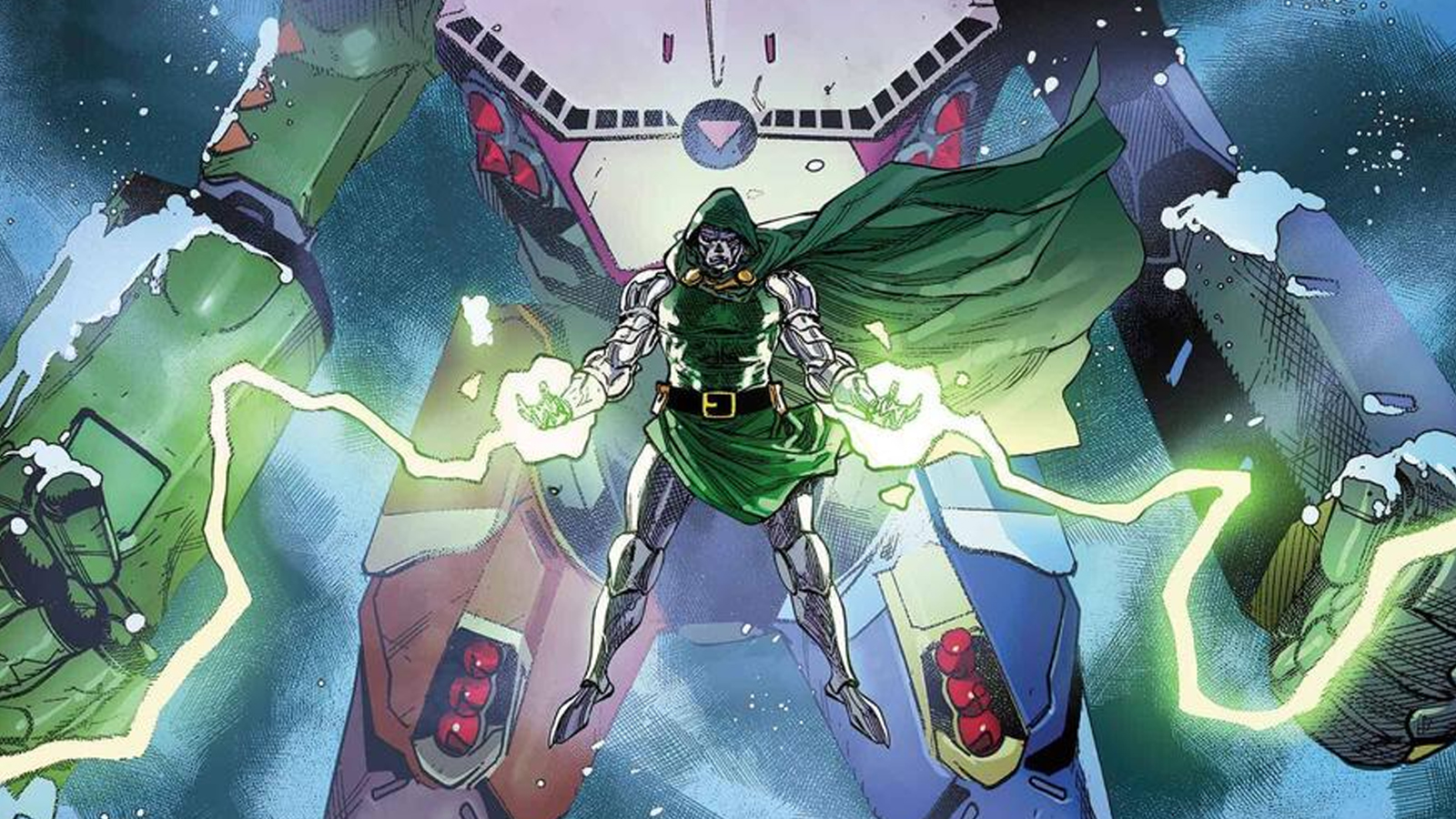 Doctor Doom is descending into Fortnite X Marvel: Zero War for the first time on the cover of the run’s fourth volume.

Marvel today revealed the first look at two different covers for the upcoming collaborative comic, and they both see the iconic Marvel villain front and center alongside some of Fortnite’s most notable characters.

In the first cover, fans will see Doctor Doom standing alongside the massive, robotic Mecha Team Leader. The Marvel villain looks completely dwarfed in comparison to this giant robot. On the second cover, Doctor Doom appears alongside Doctor Slone.

Fortnite X Marvel: Zero War #4 is the fourth entry into a five-volume collaborative run between the two franchises. Previously fans were treated to a look at the covers for the previous volumes with the first being showcased in April.

This upcoming volume looks to take things to a new threat level as Doctor Doom appears alongside some of Fortnite’s most dangerous characters.

In FORTNITE X MARVEL: ZERO WAR #4, the threat to the Marvel Universe will become so great that Marvel’s most iconic villain will have no choice but to intervene… Enter Doctor Doom! Doom has thrown in with some of the most dangerous people in the Fortnite universe, but what does Doom really want? And how far will he go to get it?

Those collecting this comic run can score themselves free loot within Fortnite as each physical comic includes a code for redemption.

Fortnite X Marvel: Zero War #4 is scheduled to go on sale on August 31.