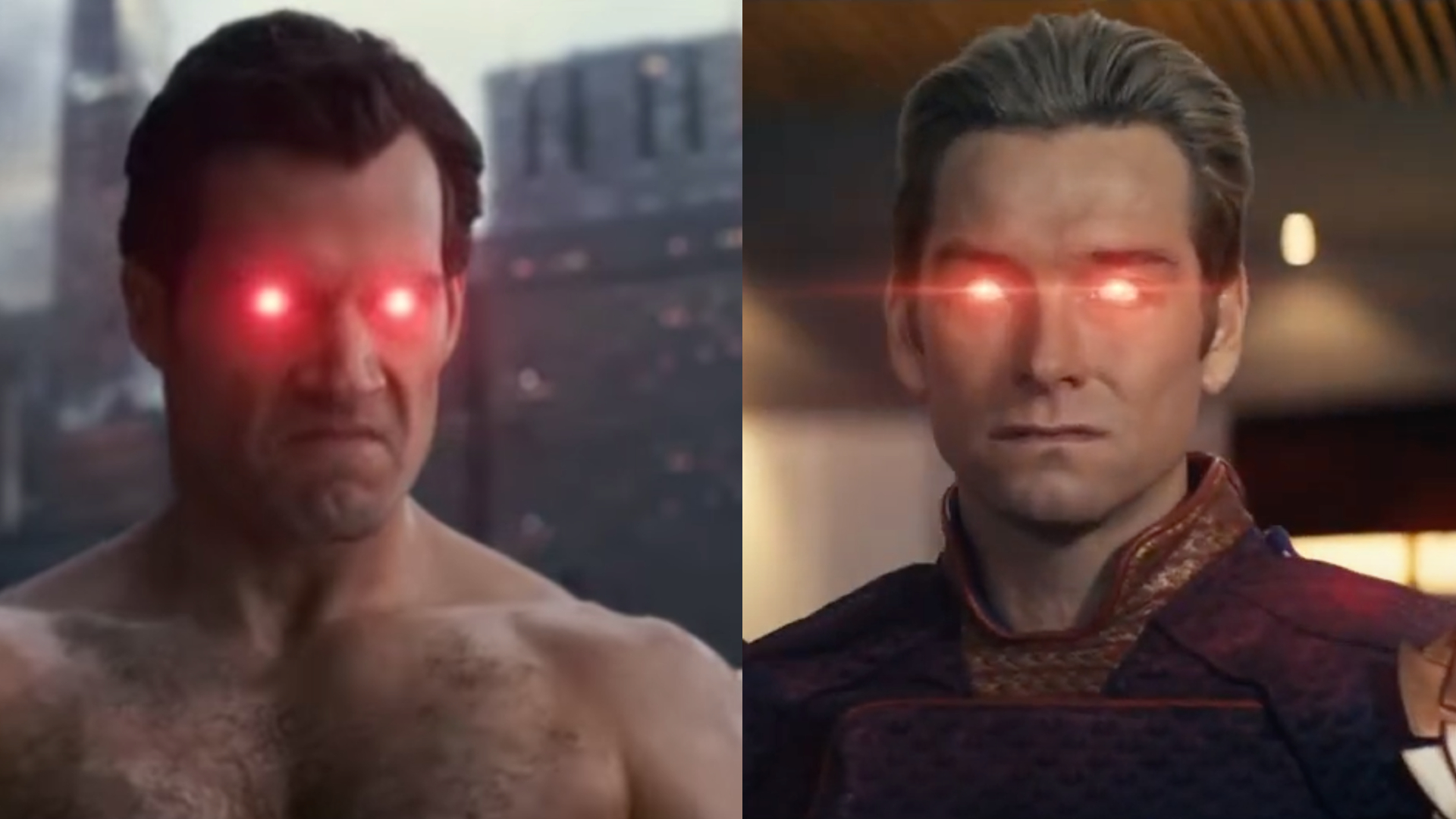 Just over a month after The Boys‘ third season concluded, fans are still dissecting plot points and characters from the popular Amazon Prime series.

Season three introduced several new characters, including Jensen Ackles’ Soldier Boy, and dug deeper into the ever-growing divide between Vought’s collection of manufactured superhumans. The series finale left off with a deeply concerning development that echoes America’s own cultural journey, leaving fans to contemplate its parallels to the real political world.

The Boys mirrors more than just America’s political polarization. It pays homage to a huge number of existing properties and media franchises via its characters, plot points, and world building, and purposefully so. The series exists in a strange void between homage and satire, but unabashedly leans on popular and well-known tropes to depict its most prominent characters.

In the latest debate to trend online, fans are comparing Vought’s superheroes to their DC (and, in one case, Marvel) counterparts. A post to Reddit pondering, “Who wins each battle and why?,” is sparking exuberant debate, as people weigh in with their own takeaways and proclaim a winner in each standoff.

The list of heroes — and villains — facing off in the thread include Homelander vs Superman (a battle that would surely see mass casualties), Queen Maeve vs Wonder Woman, The Flash vs A-Train, Aquaman vs The Deep, Wolverine vs Kimiko, Soldier Boy vs Captain America, and Batman vs Black Noir.

Votes quickly came flooding in, and within hours the post had collected thousands of comments from viewers. The majority of viewers felt that several of the fights are no-brainers, with powerhouses like Supes, Wolverine, Wonder Woman, and the Flash boasting too much skill and overall might to lose the brawl. In a showdown between Batman and Noir or Soldier Boy and Cap, many fans think the battles would be far more evenly matched.

Reddit users started digging into specifics about the characters’ backgrounds and skill sets, noting that Batman would likely come out on top so long as he had prep time. That nut allergy would easily be Noir’s downfall, not to mention Noir’s general insanity, which Bats could, and likely would, use to his advantage in a one-on-one. That being said, Noir is stronger and more durable than your average man — which Batman technically is. Still, Batman’s consistent victories over suped-up characters like Deathstroke prove that, regardless of physical advantages, Bats always comes out on top.

In other matchups, the outcome takes far less contemplation. A-Train’s health issues make him an easy victory for the Flash, but even a healthy A-Train doesn’t stand much of a chance. He’s nowhere near as fast as the Flash and doesn’t have any of Barry Allen’s innovation or creativity.

Similar arguments were made for Wonder Woman and Wolverine, both of whom posses genuine talent on top of super abilities. One user, DaveInLondon89, noted that “it’s a big theme of The Boys that they have all talent and no training” and could never stand up against the battle-hardened DC greats.

Of all the matches, the most discourse arose between Soldier Boy and Captain America, the only non-DC character in the lineup. Both characters are enhanced in similar ways, and have broad combat training. While Cap is inarguably the more experienced fighter, Soldier Boy consistently exceeds expectations. Following his stint with the Russians, he also brings some extra juice to the fight. While he would almost certainly lose in a one-on-one match with the First Avenger, Soldier Boy’s explosive tendencies could see Steve Rogers eliminated in an instant. He may be durable, but even Cap can’t stand up to a nuclear blast.

The debate is still going strong, as new commenters weigh in with their own takeaways. The general consensus is clear, and it doesn’t look good for Vought’s crafted supes.