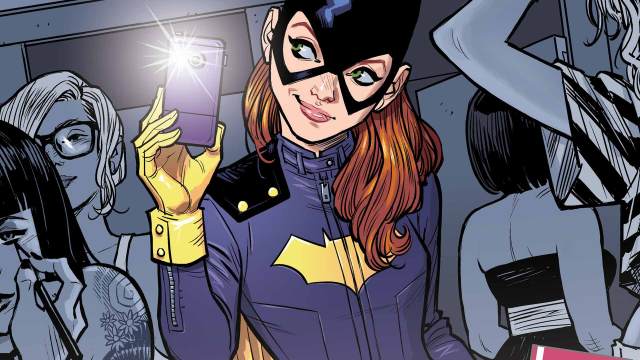 Batgirl has been part of Gotham City nightlife since she arrived in the comics in 1961, with four characters and a couple of pretenders donning her cape. Every one of them has had their fair share of hardship—this is Gotham City, after all—but standing way out in front for bad luck is the most famous Batgirl, Barbara Gordon.

As the daughter of Gotham City fixture Commissioner James Gordon, Barbara was always going to be close to the action. She’s become the most prominent female member of the Bat Family since her debut, and it’s fair to say she’s been through a lot. Her father’s dedication to stemming the flow of crime in America’s worst urban dystopia was only broken by a string of affairs that drove her mother away. Her stepmother was murdered, and her brother was revealed as a serial killer, and that’s before you get to her secret superhero persona.

As Batgirl, she has one of the widest arrays of talents in the Bat Family. She’s a super athlete and proficient fighter, a talented computer hacker, and possesses an iron will to overcome tragedy. She’s also the on-off love of Nightwing, aka Dick Grayson, but that misses the point. Barbara was the first woman to join the crime-fighting ranks of Gotham as a peer, and her successes far outstrip her role as a love interest. Unfortunately, so does a run of bad luck on the page and screen.

Here’s the evidence that Batgirl may be the most unlucky character in the DC multiverse.

Barbara Gordon probably has a bigger target on her back than Bruce Wayne. Outside of his caped persona Wayne is a playboy with vast wealth, but Gordon is the daughter of the city’s commissioner. When Joker devised a chilling plan to break Jim Gordon’s sanity, she was a crucial part, and his sickening exploitation had lasting repercussions for Barbara.

It was the mid-to-late 1980s, and things were getting dark. While antiheroes rose and Frank Miller highlighted a gloomy future for the Dark Knight, Alan Moore was his own genre of challenging and mature comics. He made Swamp Thing metaphysical, channeled Charlton Comics cast-offs into the dead-end dystopia of Watchmen, and made Joker terrifying.

The Killing Joke one-shot left Barbara physically and mentally broken when Joker shot her through the spine and, it’s implied, abused her. Although she would emerge stronger, she was sacrificed to reposition Joker’s threat only a couple of years after the Harlequin of Hate killed a Robin. Things had never been more dangerous.

The problems weren’t limited to the graphic novel. In 2016 a DC Animated Universe adaptation was heavily criticized for misguidedly making Batgirl a love interest of Batman. A year before that, DC had to pull a comic book cover that put an abuser glean on the events after protests.

You might have thought Barbara had had enough bad luck in apartments. You might have thought Barbara’s luck improved with DC’s New 52 reboot. Although her paralysis at the gun of the Joker remained in continuity, some groundbreaking tech allowed her to resume her Batgirl persona. It was a chance for the hero to examine her three-pronged role in the Batverse—action crimefighter Batgirl, information broker and hacker Oracle, and Gotham City resident Barbara Gordon.

That happened in a pivotal scene in 2016’s Batgirl and the Birds of Prey #5, but Barbara’s contemplation of the Birds’ moral compass is remembered for all the wrong reasons.

Artist Roge Antonio created an organizational nightmare in a panel that’s gone down in infamy. With a bathtub and toilet cramped to one side of a large space, the tub blocking what looked like a door, and a rug impossibly tucked under both, creating unnecessary plumbing problems. We all knew Gotham City living was rough, but this was something else. It’s fascinated forums since, earning the name the “cursed bathroom” although some users of r/crappydesign/subreddit have found some wryly simple solutions.

Taking Batman off the TV

This is a bit harsh as 94 episodes of the 1966 Batman TV show had aired before Yvonne Craig’s Batgirl arrived in camp and colorful Gotham. The ’60s Batman had shone brightly, but by the third season, ratings were falling, and show supremo William Dozier decided a new female character would attract new viewers. It was a lot of pressure for Barbara, who had arrived in the comics less than a year before. Still, she was the first female superhero to appear in a regular role on TV, boosting her profile in the comics.

Babs arrived in a different TV show from the one that attracted viewers in droves at its peak. As the famous cliffhangers and voiceovers faded, it increasingly dipped into surrealism and ’60s slang. After the second series’ whopping 60 episodes, Batgirl’s debut season managed just 26 more half hours before cancelation. Batgirl wouldn’t return to live action for almost 30 years.

When Tim Burton steered a solo Dark Knight into territory that scared the pants off Warner Bros. Pictures, director Joel Schumacher took the reins for a third movie. Batman Forever fumbled all its villains, bar Riddler, but that was nothing compared to the sequel. To lighten the load (despite a tragic backstory), Chris O’Donnell’s Robin arrived in Forever, and it seemed inevitable that Batgirl would join the gang in the cinematic excess of the awkwardly titled Batman and Robin.

This time Barbara wasn’t the daughter of Commissioner Gordon but the niece of Bruce Wayne’s butler, friend, and confidante, Alfred. Batgirl wasn’t even the worst thing in a movie soon disowned by many of its cast. Alicia Silverstone later understated things when she told the Guardian that it “definitely wasn’t my favorite filmmaking experience.” The planned fifth movie, Batman Unchained, was scrapped, and to quote Mr. Freeze, the Bat-franchise was packed off to “the cooler” for the best part of a decade.

Yes, not just one scrapped adaptation. Things were looking bright for Batgirl in 2022 after a rocky few years and the abandonment of the Joss Whedon Batgirl movie in 2018. Birds of Prey scribe Christina Hodson came on board with directors Adil El Arbi and Bilall Fallah of the MCU’s vibrant Ms. Marvel to create a feature for HBO Max.

We’ll never know what Batgirl was like because Warner Bros scrapped the film that starred Leslie Grace, Michael Keaton, and Brendan Fraser when it was already in the can. Of all the DC superheroes, only Batgirl could have a practically finished movie shelved.

Fans were excited when WB Games Montréal announced its return to Gotham City, continuing the legacy of the Arkham games, if not their continuity. This time, the apparent death of Batman left Gotham City in the hands of the next generation: Nightwing, Robin, Red Hood, and Batgirl. The game was released earlier this month to some mixed reviews, with criticism falling on its story, focus, and variety. Its Metacritic ranking at release was 66/69, a far cry from Arkham Asylum’s 91/92 and worse than any in the franchise.

Arguably the most damning criticism came in the weeks before release. No 60fps support on consoles was a blow, but fans were particularly perplexed by the first hands-on playthroughs when a Batgirl mission was interrupted with a rocked-up Livin’ la Vida Loca. Far from adding a bit of personality, they thought Batgirl was the character that took players out of the action.

TV, comics, film, and video games have thrown up some testing times for Batgirl. We hate to ask, but what could possibly come next?