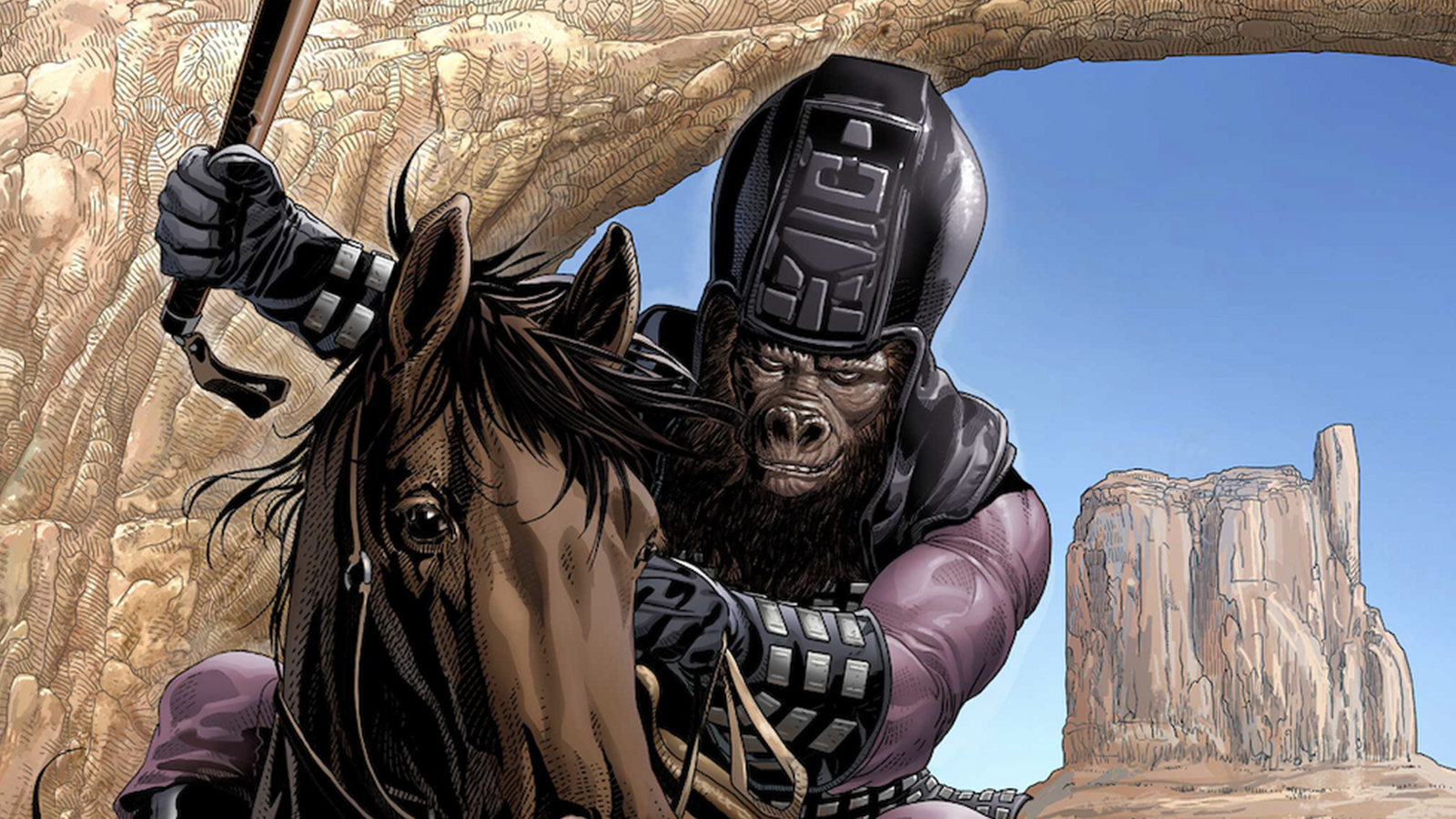 “Planet of the Apes? The comic or the planet?” In a move that will have fans asking that question, Marvel Comics guarantees you’ll hate every ape you see, from Chimpan-A to Chimpan-Z, when you get your damn dirty hands on this series adapted from the beloved long-running film franchise.

Marvel announced this week that the Planet of the Apes title will launch in early 2023, and will tell new stories within the “Apes” universe. The company shared a cover, illustrated by artist Salvador Larocca, which features an old-school gorilla from John Chambers’ Oscar-winning design from the original five-film series.

That series launched with 1968’s The Planet of the Apes, and starred Charlton Heston as astronaut George Taylor, who finds himself in a future society ruled over by the titular Hominidae, and eventually aided by ape scientists played by Roddy McDowell and Kim Hunter. The film, itself adapted from the French novel La Planète des singes, spawned four sequels, a Saturday morning cartoon show, and a 2000s CGI reboot series.

Marvel previously published Adventures on the Planet of the Apes, a comic adaptation of the film series, in 1974 and ’75. The throwback design of Larocca’s cover indicates that Marvel’s stories may be a continuation of those comics, although the publisher says in a statement,

Details on upcoming PLANET OF THE APES comic book titles, collections, reprints, and creative teams will be shared at a later date.

Perhaps most tantalizing of all is that this opens the door to the iconic Apes characters finally entering the Marvel Cinematic Universe, with George Taylor joining the Avengers and merry mixups between Dr. Zaius and Russell Crowe’s Zeus (due to bow in this year’s Thor: Love and Thunder).

Be sure, at the comic book store, to flip to the last page and shout “You blew it up! Damn you, you blew it up!” They’ll love you!