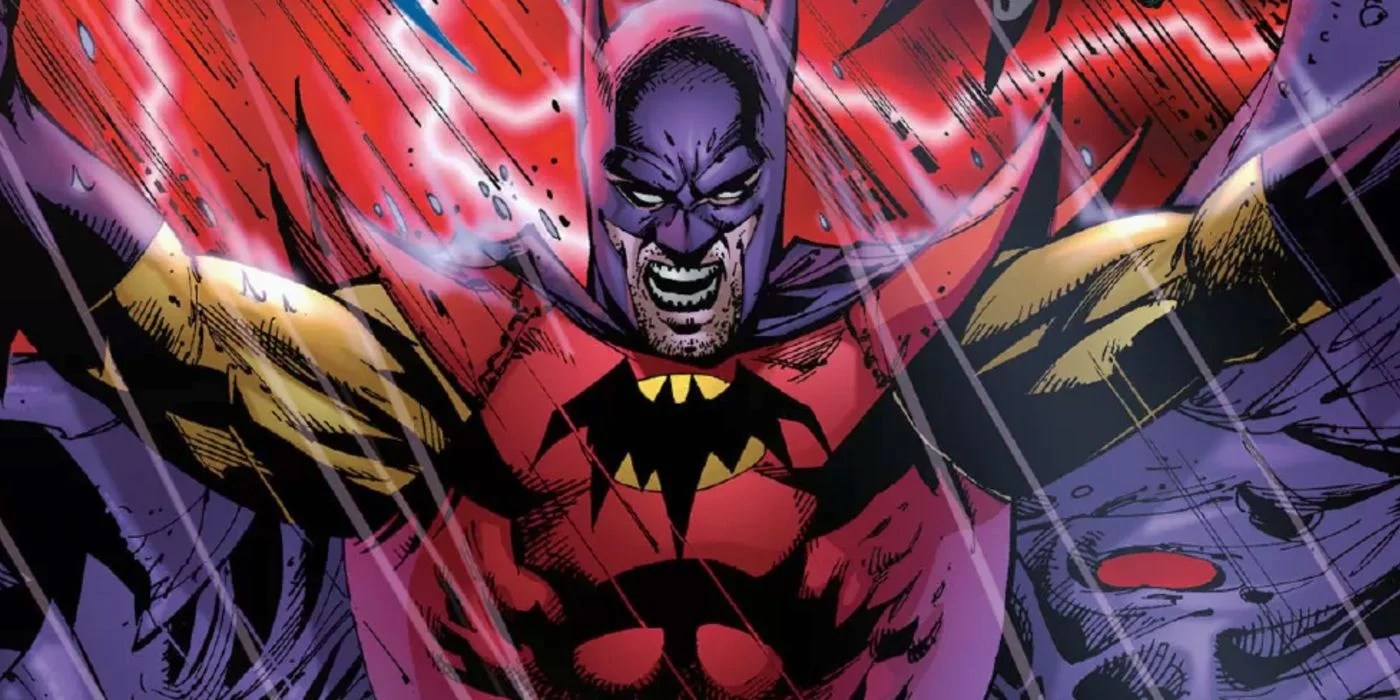 During Batman’s eight-decade career, the Dark Knight has twisted, turned, and batwired through some of the most significant story arcs in comic history.

Like many comic characters, Batman’s mission is endless. But his plight often seems more futile than others. Superman may have similar roots in tragedy, but he doesn’t spend his nights patrolling the scene of the crime.

Batman is the loner who can’t help working in teams, whether his Gotham Bat Family, the Justice League, or international franchise Batman Incorporated. His mission is personal and rooted in his home city, but he doesn’t hesitate to take his brand of justice to other dimensions or times.

He’s the world’s greatest detective, and he’s the world’s most dangerous man. He’s the Dark Knight and the Caped Crusader. He’s a gift to comic book creators who’ve repeatedly taken the opportunity to examine and evaluate what Batman means in popular culture.

You may recognize many plot points in this list from the Dark Knight’s appearances in live-action and animated TV series and films. But it’s on the comic page that you’ll find some of the greatest writers, pencilers, inkers, and letterers working together to craft stories that will last the ages.

If you’re looking to catch up on the greatest comic story arcs of Batman’s career, here’s our definitive top 12.

Death in the Family is arguably Jim Starlin’s highest-profile work for DC, but it didn’t work out so well for Batman’s sidekick. Plans to make Jason Todd (the second Robin) different from Dick Grayson hadn’t panned out. When fans started to turn their backs on the cocky side-kick, DC twisted it to their advantage.

It was a bold experiment that could have only had one outcome. After a globe-trotting adventure, Todd faced death alone at the hands of a manic Joker, and it was up to fans to decide whether he lived or died…

11. Whatever Happened to the Caped Crusader?

It’s not surprising that death haunts some of Batman’s greatest stories. The climax of Final Crisis and Batman RIP (no spoilers in that title) presented DC with the chance to repeat the tribute they played to Superman in the aftermath of multiverse reset, Crisis on Infinite Earths.

Before John Byrne reframed Action Comics for the modern age, Alan Moore’s one-shot Whatever Happened to the Man of Steel? had honored Big Blue’s legacy and provided a possible final story. Neil Gaiman repeated the trick in 2009. The ingenious twist in this two-parter was to have Batman’s foes and allies attend his funeral, their eulogies offering different views on the Caped Crusader’s origins and career. Expect callbacks, astonishing twists, and a fine send-off.

Several writers have presented explanations for the Joker’s varying personality over the last eight decades, but Geoff John’s solution was the simplest: there’s more than one Joker.

The seeds of his recent three-part exploration of the Clown Prince of Crime came from a hint in his New 52 Justice League run. The much-anticipated result wisely drew heavily on Alan Moore and Brian Bolland’s classic The Killing Joke, which doesn’t make this list as a one-shot.

The conclusion may not shake up the DC universe as much as hoped. Still, it’s a superb examination of Batman’s relationship with his arch-nemesis, or nemeses, and the Gotham crime fighters who suffered at the Clown’s hands because of Batman’s choices. Add to that Jason Fabok’s stunning art, and you have an unmissable snapshot of Modern Age Batman.

This arc is probably the most epic story arc in Batman history and one hell of a way for the Dark Knight to close out the 20th century. Its simple premise has been hugely influential on adaptations including Gotham, The Dark Knight Rises, and The Batman. In short, Gotham City has been decimated and cut off from the United States by a major earthquake.

When comics legend Mark Waid took over writing duties for the Justice League of America, he decided to break them. Only one team member had the paranoia, strategy, and potential to crush the League from the inside. When Batman’s secretly prepared defenses are stolen, they’re used to take down his League teammates one by one. Babel explores the fallout when his superpowered comrades realize Batman never truly trusted them.

Batman is often better observed through uneasy alliances than stalking the streets of Gotham alone.

With Final Crisis promising a crisis to end all crises, Grant Morrison’s seven-year run on Batman hit its endgame. Over his epic run, Morrison had laid teasers that reached deep into Batman’s 70-year career, and come the end, not a reference was wasted. The more obscure and forgotten, the better — take the brilliant reappearance of the Batman of Zur-En-Arrh, for example.

If you want a dark, action-packed, unpredictable, and high-stakes dive into the history of Batman, RIP could be the perfect storyline. But the more you’ve dipped into Batman’s long history before you read it, the better.

6. The Court of the Owls

Scott Snyder and Greg Capullo didn’t just have to follow Grant Morrison’s epic, history-rich take on the Caped Crusader. They had to reconfigure the vigilante for the New 52 reboot, too. Their innovation resulted in one of the most successful story arcs of the era.

The Court of the Owls was instantly embraced as part of Batman’s rich heritage. A mysterious and secret society, hidden in the heart of Gotham, was the perfect mechanism to turn the city Batman thought he knew against him. Suddenly, nothing in Batman’s world was the same.

A year after the Death of Superman, a game-changing event came calling for the Dark Knight. Like the Superman saga, it hinged on the arrival of an awesomely powerful new opponent. But unlike Doomsday, Bane was physically and tactically superior to the superhero in his sights. By opening Arkham Asylum’s doors, Bane ensured he wore down the crime fighter before breaking him.

The Knightfall saga roughly followed the Death of Superman structure, charting Batman’s fall, the misadventures of his chosen successor Azrael, and then the Dark Knight’s return to deal with the consequences of his actions.

Jeph Lob and Jim Lee teaming up was a comic event. The 12-part arc they produced lived up to expectations. Batman’s pursuit of a deadly new enemy who knows far too much about him brings him into contact with some of his greatest foes.

Hush features great moments for Harley Quinn, Joker, and Riddler, with Lee penciling some of the finest action moments seen in a Bat-book. As with his other legendary Batman storylines, Loeb is one of the greatest explorers of the relationship between Batman and Catwoman.

Jeph Loeb’s top contribution to the Batman legacy, a collaboration with Tim Sale, is one of the greatest partnerships in comic book history. Their story reaches back to Batman’s early career, with plenty of room for Gotham’s gallery of grotesques. However, the focus is on the city’s crime families plotting around their changing city and the arrival of a new type of villain.

Halloween’s fresh approach includes calendar-driven chapters, as an enigmatic killer called Holliday puts Batman’s deduction to the test but also pushes him into an alliance with Jim Gordon and D.A. Harvey Dent. The story continued in two more volumes, Batman: Dark Victory and Catwoman: When in Rome, in which Loeb and Sale fine-tuned their stunning storytelling and its implications for Gotham life.

Crisis on Infinite Earths was when the Modern Age of DC Comics asserted itself, and creators jumped at the chance to reassess decades-old heroes. Enter Frank Miller and Klaus Janson, fresh from propelling Marvel’s Daredevil to the A-list, to take the Dark Knight where he’d never been before. A dystopian Gotham where a twisted and broken Batman breaks his retirement to take on crime and authority.

It’s easy to take so much of what Miller accomplished for granted more than 30 years on, but it remains a book packed with innovation, surprise, and some of the greatest comic storytelling ever inked. If you want to know where the Dark Knight’s mission ends up, you could find out here.

Frank Miller’s contribution to Batman is legendary. He didn’t just present a ground-breaking potential future for the Dark Knight but revolutionized his beginning as well. Year One traces his return to Gotham and formative missions on the streets of Gotham.

Most of all, Year One is about the relationship the one-day famous vigilante forms with the one-day Commissioner James Gordon. As the name implies, one of the most rewarding and enduring partnerships in comic books starts here.