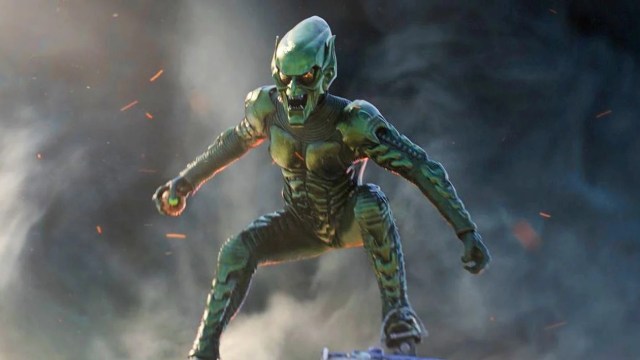 Comic books allow us to explore all of the magical “what ifs” of the world. What if superheroes were real and what if there were also really bad super villains? The latter is especially troubling because the Marvel universe in particular has some of the baddest bad guys around.

You don’t even have to dig that deep as several come to mind right off the bat — take Thanos for example. He wiped out half of the population with the snap of his fingers. Galactus eats planets. Magneto wants to take over the world and rule humanity.

These are just a few of the worst villains in the Marvel universe. Let’s look at more of the absolute worst.

Dark Phoenix is one of the more unorthodox villains in the Marvel universe, as she’s technically also X-Men member Jean Grey. Grey has incredible psychic powers, including telepathy and telekinesis, in amounts that rival Professor X’s powers.

Xavier tried to suppress Grey’s powers because of how powerful she is, and because those powers were tied to her unconscious mind, he created some psychic barriers so she could handle them when she was ready for them.

At one point the X-Men got caught in a solar storm and Jean saved everyone with the help of the Phoenix Force, a super powerful being that used her body as a host. A group of villains called The Hellfire Club, which included Emma Frost, manipulated Grey and kidnapped her to use her for evil.

Phoenix Force took over her body and Dark Phoenix was born. The Dark Phoenix is an incredibly destructive force with the power to destroy planets, which she did.

Eventually, Jean Grey regained control of her body and triggered a laser cannon to disintegrate herself for the sake of the universe.

Galactus is one of the more unsettling villains in Marvel lore. He’s also one of the most complicated. First appearing back in March 1968 in Fantastic Four #48, Galactus needs planets the same way a vampire needs blood. He doesn’t neccesarily do it for pleasure, but that distinction doesn’t change the pure destructive power he possesses.

Galactus was originally a man named Galan tasked with saving his home planet Taa. That failed and in an attempt to die a glorious death he was imbued with the cosmic energy that turned him into a planet destroyer. He uses “heralds” to scout out planets for destruction, the most well-known of these being the Silver Surfer.

His actions turn out to be strangely necessary, as they collect energy for the next reality to come into existence. He’s actually admitted that he goes after planets with really stupid populations that are too dumb to continue existing.

Of all the Marvel villains, there’s a good chance Galactus has the highest body count of any of them.

If we ignore the version of M.O.D.O.K. that appears in the 2021 Hulu show by the same name, then he’s one of the most terrifying villains of all time. His name literally translates to Mental Organism Designed Only for Killing, which is admittedly kind of awesome but also terrifying.

M.O.D.O.K. was originally an A.I.M. (an evil group that stands for Advanced Idea Mechanics) scientist named George Tarleton who was forcibly mutated against his wishes into a horrific monster/killing machine.

The organization couldn’t control him, however, and he’s been a bad guy to some major Marvel heroes, like Captain America, The Hulk and even fellow villain Doctor Doom. He has superhuman intelligence that can solve even the most complicated of mathematical equations. He also has the ability to predict outcomes of events so accurately that he’s almost precognitive. He can control people with his mind and create force fields that can withstand nuclear explosions.

His organs wear out regularly, forcing him to harvest clones to sustain him. Because his head is so large, he’s forced to use a specially-created chair to move around. However, he’s outfitted it with various weapons and accessories.

He’s returned from the dead quite a few times and he’s incredibly dangerous and often underestimated.

Carnage is such a great villain because he’s basically a more evil and demented version of Venom, who coincidentally provided Carnage with his powers. Well, it’s slightly more complicated than that, as the host for Carnage is a serial killer named Cletus Cassidy.

Even before he became Carnage, Cassidy was a bonafide killing machine. He threw his grandmother down the stairs, killing her, and then he tortured his mother’s dog. His mother was murdered by his father, and he eventually burnt down the orphanage he was sent to.

When he was caught and put in prison later in life, his cellmate was none other than, you guessed it, Eddie Brock aka Venom. Because the symbiote that paired with Brock creating Venom can reproduce a-sexually, it entered into one of Cassidy’s cuts and voila, Carnage was born.

He is one of the most unhinged and dangerous villains in the whole Marvel universe. He’s stronger than both Spider-Man and Venom put together. He creates axes and knives with his hands and he can manipulate people’s thoughts for evil. Every time he murders someone he writes “Carnage Rules” on the walls.

He doesn’t neccesarily have a plan he just loves killing, kind of like the Joker, who the character was sort of modeled after (although the Green Goblin is more of a dead ringer for Joker). What’s even worse is when Spider-Man and Venom teamed up to defeat Carnage and reabsorb the symbiote, Cassidy just painted himself red and kept on with the murdering.

One could make the argument that Magneto is the most well-known of the Marvel villains as the main antagonist of the X-Men. He’s the archenemy of Professor Xavier and has one of the most brutal but interesting origin stories of any villain.

He was a Jewish child during Adolf Hitler’s time and he witnessed some of the worsts crimes ever committed against humanity. Despite seeing the atrocities of bloody oppression and extermination first hand, he decided that protecting his kind was more important than being “good.” He’s done some pretty evil things over the years, including:

He’s a legendary villain with a just complicated enough storyline to keep him a viable evil mastermind that’s stood the test of time.

Sometimes villains make a name for themselves by their actions. The most famous ones, after all, are enemies that do something so memorably awful that it’s hard to forget them. Case in point: Green Goblin.

His most famous act of evil was probably dangling Gwen Stacy over the George Washington Bridge and then letting her fall to her death. The moment cemented not only what lengths he would go to but also his callous disregard for the lives of innocents. And at the end of the day, isn’t that the most evil thing of all?

Norman Osborn is such a great villain because it’s not just brute force he uses, he legitimately wants to psychologically torture Spider-Man as well. For example, at one point he buys the Daily Bugle and uses it to frame Spider-Man for murder.

In another instance, he buries Aunt May alive so Spider-Man will break him out of prison, and he gives Spider-Man only 30 minutes to save her before she runs out of oxygen. However, nothing really tops murdering the love of Parker’s life (before he meets Mary Jane of course).

A marquee villain in both the Spider-Man and Daredevil universes, Kingpin is unquestionably complicated and evil. He’s a crime boss and incredibly strong despite not having actual superpowers. He is stronger and more durable than the average human though, which explains why he can not only trade blows with Spider-Man but also overpower him.

He lies, murders and even resorts to killing his own employees when things go wrong. For example, when Spider-Man broke into Kingpin’s office and narrowly escaped, the bald crime boss crushed in the skull of his associate Mr. Big.

Most of his employees are aware that if they mess up they’ll be killed. Tom Cochraine, despite being one of Kingpin’s top guys, botches a robbery and immediately understands that he will be killed. He accepts what’s coming to him to save his family, and thankfully his death satiates Kingpin and the family survives.

A villain’s villain. Red Skull has so many evil things going for him but perhaps the most salient is that he’s a Nazi. What’s better personification of evil than a Nazi? Automatic evil in a cup. However, that’s not the thing that puts him in the hall of fame.

Just a few years ago, Red Skull succeeded where almost every other archenemy villain failed – he killed his enemy. Think about it, Electro never killed Spider-Man. Magneto never murdered Scott Summers. Red Skull initiated a plot to murder Steve Rogers and the effects were felt all through the comics.

He was also the protege of Hitler and committed countless atrocities throughout the war and beyond.