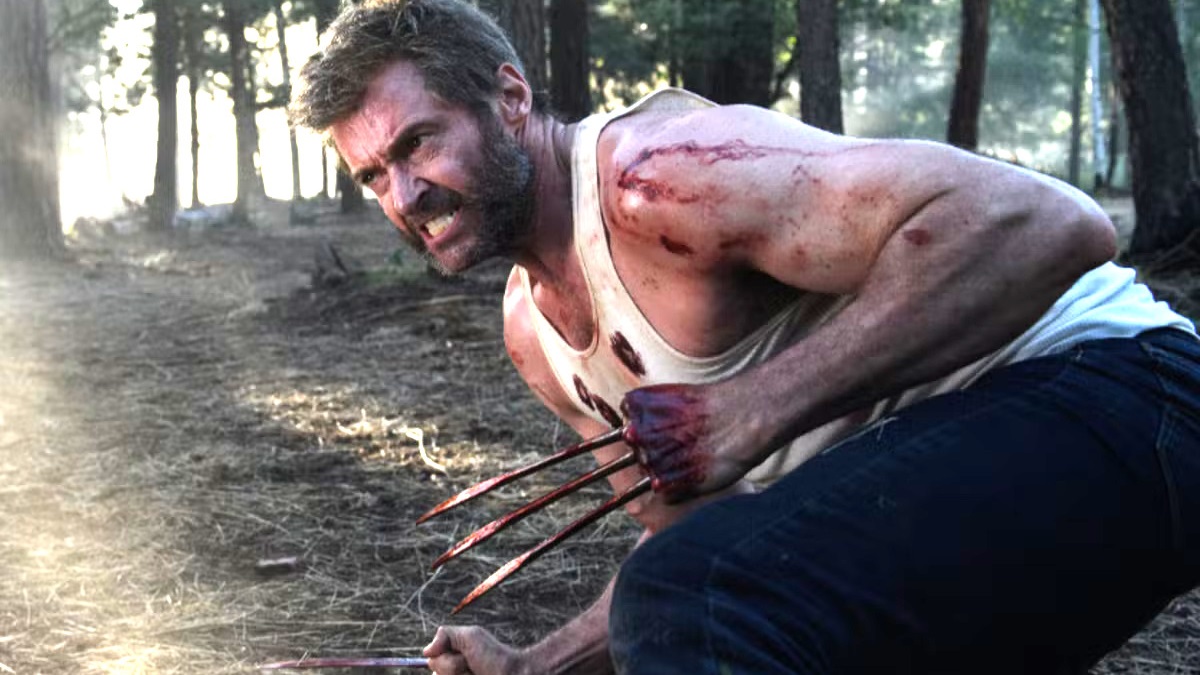 There’s something really fun about alternate versions of Marvel characters. The normal rules that govern them go out of the window and you can see characters in a completely different light. Some are evil, others are gender-swapped and some don’t make much sense but are also amazing (Spiders-Man, anyone?).

Marvel knows this because it has whole franchises dedicated to what ifs, coincidentally called What If… ? Marvel is currently in a multiversal golden age, with its upcoming Phase 5 smack in the middle of its so-called “Multiverse Saga.”

Basically, alternate versions are all the rage right now. Here are some of the best in the Marvel universe.

Old Man Logan made such a splash as a Marvel character that he got his own movie: 2017’s classic film Logan. Grandpa Logan is an older Wolverine set in a universe where the bad guys win. Superheroes have mostly been eradicated and the few remaining are forced to hide.

Old Man Logan’s origin story is incredibly brutal. Logan refuses to use his claws because of an incident at the X-Mansion. A huge group of supervillains attacked the mansion and while Logan couldn’t find any teammates, he slaughtered the attackers to protect the mutant children.

Once he killed the last attacker, he realized it was all an illusion by Mysterio and he had actually murdered his fellow X-Men. Wolverine ran away and tried to kill himself (which he couldn’t), but he put Wolverine away that day and became Old Man Logan.

Captain Carter is alternate version Captain America. She was a Strategic Scientific Reserve agent in World War II, and in the regular timeline the two are lovers. However, alternate timeline Peggy Carter volunteered to take the super soldier serum instead of Steve Rogers after he was injured.

She eventually sacrifices herself and travels through a wormhole, coming out seventy years later on the other side. She lands in 2011 and meets Nick Fury and Clint Barton. She joins S.H.I.E.L.D. and becomes friends with Natasha Romanoff. Eventually she returns to her own universe.

She-Venom is, you guessed it, alternate Venom. Her name is Anne Weying and she is Eddie Brock’s ex. She’s also sometimes known as the Bride of Venom. Weying is a lawyer who manages to convince Eddie Brock to stop his Spider-Man-murdering vendetta.

She’s later shot by Sin-Eater and the symbiote bonds with her to save her life. She murders a bunch of people and after Brock gets the symbiote to leave her, she’s sick with regret over her actions and blames the symbiote.

Brock explains to her that the symbiote doesn’t force her to do things she doesn’t want to do. There’s a lot of backstory — she had Venom’s son and developed a fear of the symbiote that was so strong she couldn’t leave the house.

She throws herself to her death after Eddie transforms into Venom in front of her. Tragic!

Spider-Gwen — after Miles Morales — is probably the most famous Spider-Variant at the moment. She made her movie debut in Spider-Man: Into the Spider-Verse and has been swinging through everyone’s consciousness since.

She hails from a universe where she’s the one bit by a radioactive spider and Peter Parker jealousy tries to turn himself into a superhero but instead becomes a lizard, and she fails to save his life. This propels her into a life of crime-fighting and taking her powers seriously.

The Maker is an evil variant Reed Richards aka Mr. Fantastic. He’s basically the answer to the question “what if Mr. Fantastic used his powers in a terrible way?” In the beginning, The Maker is pretty similar to his Earth-616 counterpart and goes on superhero adventures, helping the world.

During the Ultimatum miniseries, a lot of heroes perish and Sue Storm dumps him and the Fantastic Four break up. The Maker then murders his family and fakes his own death and becomes a bonafide supervillain. He becomes friends with Venom and eventually they are defeated together.

Cosmic Ghost Rider is like regular Ghost Rider but somehow worse. He lives in a reality where Thanos wins and he’s sent to Hell after being hit in the head with some building debris. He arrives in Hell and tells Mephisto that he’ll do anything for revenge.

He signed a deal and became Ghost Rider, but Thanos moved on and this Ghost Rider roamed aimlessly with no friends or enemies, slowly going insane. He joins up with Galactus to stop Thanos, but Thanos kills Galactus and Ghost Rider then becomes his servant.

Things only get crazier from there.

Steel Corpse is an alternate universe Iron Man from Earth-11326, where his suit bonds with his skin and they become one abominable being. After developing an infection that means he’ll be slowly devoured by his suit, he names himself ‘Steel Corpse’ as a sort of sick joke.

He joins the Avengers, but his suit malfunctions on a mission and tries to kill children. Captain America shoots him in the back of the head, per his request, to save the children. RIP Steel Corpse.

A mashup between Juggernaut and Howard the Duck? What could go wrong? Juggerduck, like his more well-known counterpart, was raised by The Rider in his universe. Also, Thanos takes over in this universe too and becomes a dictator, forcing his enemies into ghettos.

That’s where Juggerduck joins the Guardians of the Galaxy to go back in time and kill Thanos. Unfortunately, he and his teammates never get the chance because they are all killed by Galactus.

Pope Beast is exactly who he sounds like: Beast, but the head of the Catholic church. What are his abilities? Mostly religious knowledge, which encompasses “all aspects, practices, factors and beliefs of Orthodox Christianity. He was even able to conduct a prayer for the salvation of his species.”

Basically, he prays a lot.

Iron Maniac is Tony Stark from a universe where Earth was destroyed in a war with Titannus. All of the deaths make Stark incredibly more violent than on Earth-616, the “prime universe.” He becomes an antagonist to the Fantastic Four and eventually kills Johnny Storm.

Reeds sends him to Earth-616, where he pretends to be the other Iron Man, but is eventually found out and defeated.

Dog Deadpool doesn’t have a huge history in the Marvel Universe, but he is an interesting sidenote. He’s from Earth-103173, where Deadpool travels to find members for the Deadpool Corps (similar to the Spider-Army).

In an experiment similar to what they did to Wolverine, Dogpool is created, but thought to have not survived the process. After being thrown out by scientists, Dogpool is discovered by a traveling circus who use the dog’s powers to attract customers. Eventually, Deadpool finds him and enlists him in the corps.

After the “Dark Reign” storyline, Frank Castle is murdered by Wolverine’s son and reassembled by the Legion of Monsters and Morbius.

His main nemesis is Daken (Wolverine’s son) and they have a protracted battle involving the Bloodstone in Frank’s chest. Eventually, he defeats Daken with Wolverine’s help, but the stone in his body threatens to take him over. He eventually gives up the stone and walks away.

Think of Maestro as Hulk Ultimate, the strongest version of Hulk or even Old Man Hulk. He’s basically just Hulk but using all his powers for evil instead of good. He’s from the future of an alternate timeline and he’s an absolute menace.

He’s stronger than regular Hulk because he’s been absorbing radiation from Earth’s destruction in his future. He’s wise and incredibly evil, repeatedly opting for genocide and mass murder over more humane solutions to problems.

Earth-616 Hulk travels to the future to defeat Maestro, but he’s not really a good match for his much smarter, much more evil future self. Eventually, Hulk tricks Maestro into getting into a time machine and manages to transport him to the exact moment when the Gamma Bomb went off.

That’s all we’ve heard from Maestro, for now.

There are a whole bunch of alternate Spider-People. Like, a lot. There’s Spider-Ma’am (Aunt May), Spider-Ham (a cartoon), six-armed Spider-Man (exactly what it sounds like), and of course, Spiders-Man (a Spider-Man made entirely of spiders).

Sure, it’s incredibly disturbing, but if the multiverse rules mean infinite possibilities, then Spiders-Man has to be the least of the uncomfortable Spider-People out there. On Earth-11580, Peter Parker falls into a colony of spiders being treated with radiation.

He’s quickly devoured, but the spiders become a hive mind in the process. They go around pretending to be Parker and even fight crime in the city they call “Cruel York.” Eventually, he teams up with the rest of the Spider-Men in the Spider Army storyline, but decides to leave.

Spiders-Man is eventually killed by Spider-Biodroid while helping Norman Osborn retrieve a small fragment of the Web of Life and Destiny.