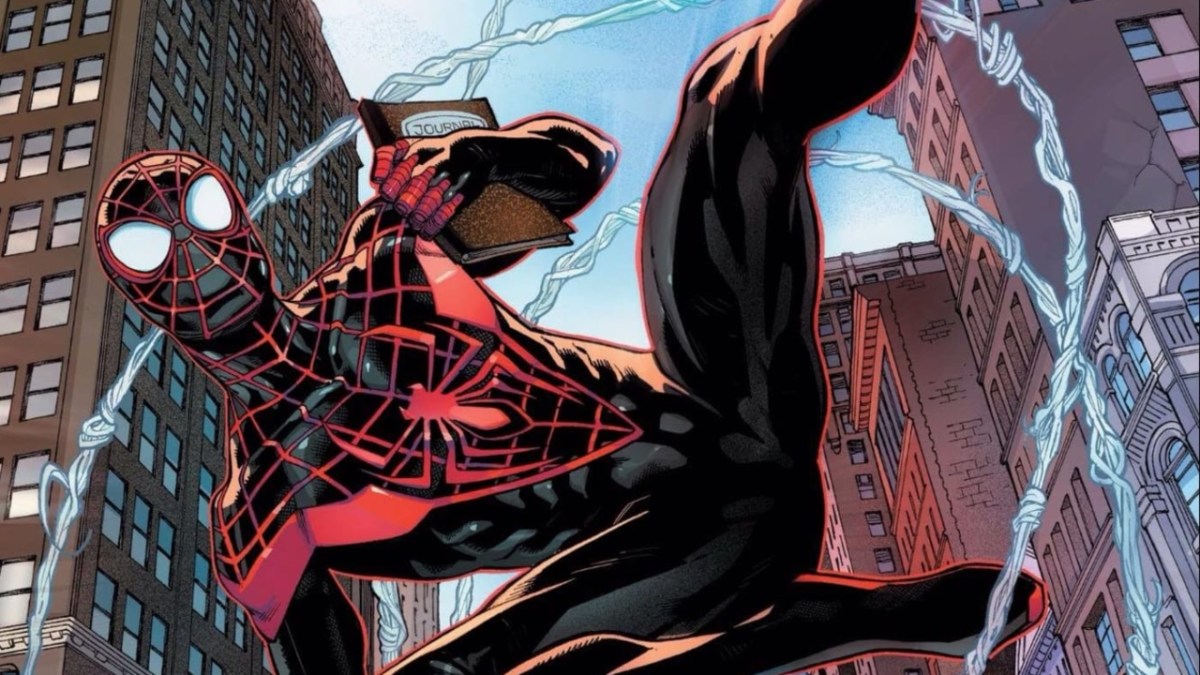 In honor of Hispanic Heritage Month, We Got This Covered is recognizing Hispanic Marvel superheroes or supervillains who always keep things interesting, now and throughout time.

Throughout the years, Marvel Comics has made a point of showing diversity in its long line of characters. Well before it was common to see a diverse cast of characters, Marvel dominated. From the comics to the screen, Marvel continues to bring new faces to familiar roles, such as a teenage Hispanic Ghost Rider, along with several Hispanic characters in the Spider-Verse.

Namor the Submariner was introduced to comics fans in October 1939, two years before DC’s Aquaman. In the comics, Namor is said to have Asian features, but in Marvel’s upcoming Black Panther: Wakanda Forever, the character is portrayed by Mexican actor Tenoch Huerta.

In the comics Namor is the prince of Atlantis, born to Fen, daughter of Emperor Thakor, the ruler of Atlantis. Half-human and half-Atlantean, Namor’s father is U.S. Navy Capt. Leonard McKenzie, who was killed when Atlanteans attacked his ship.

The Submariner we see in the upcoming Wakanda Forever has been reimagined, taking inspiration from ancient Aztec and Mayan cultures. Atlantis has been changed to Talocan, an underwater realm in Aztec culture, while he is referred to as Kukulkan, the feathered serpent god of Mayan culture. Together, he embodies the Mesoamerican water deities.

The comics depict Namor as having the ability to swim extremely fast along with superhuman strength, speed, agility, advanced vision, and the ability to fly. Because of his gift of flight, he has been identified as a mutant.

Roberto “Robbie” Reyes is the fifth person to become Ghost Rider. He made his Marvel debut in March 2014’s All-New Ghost Rider #1.

As a high school student who takes care of his wheelchair-bound brother in gang-ridden East Los Angeles, Robbie just wants to get away from the East LA crime and give his brother a better life. Robbie enters a drag race to try to win money and move away, but he is gunned down by mercenaries trying to get some pills in the trunk of the car he used for the race.

He awakens to find out that he has transformed into a Ghost Rider, complete with a blazing skull. The 1969 Dodge Charger he used in the race transforms into the Hell Charger.

Following the death of Peter Parker in the Ultimate Marvel Universe, Miles Morales made his first appearance in Ultimate Fallout #4. Like Peter, Miles was bitten by a genetically engineered spider which caused his transformation from normal teenager to superhero. Miles is the biracial son of an African-American father and a Puerto Rican mother. Although Miles has not appeared in live action, he is the star of his own Spider-Man: Into the Spider-Verse animated movie trilogy, voiced by Shameik Moore.

Other Hispanic Spider-Verse characters include Irish-Mexican geneticist Miguel O’Hara who served as the titular web-slinging hero in Spider-Man 2099, as well as Araña Corazon, a teenager of Puerto Rican and Mexican descent, is Spider-Girl in Amazing Fantasy.

Maya Lopez was born part Cheyenne and part Latina. After the death of her parents, she is raised by Wilson Fisk, the villain known as Kingpin. Born deaf, Maya’s other senses are heightened. Although Kingpin killed her father, he blames it on Daredevil, making them enemies at first. Since finding out the truth, Echo has fought alongside the Avengers, the X-Men, and Moon Knight in the comics.

Echo made her Marvel cinematic debut in Hawkeye, portrayed by Alaqua Cox. She will be reprising her role for the upcoming Echo television series on Disney Plus.

The Machete moniker has been used by three brothers—Ferdinando, Alfonso, and Mariano Lopez. Ferdinando first appeared in Captain America #30 in February 1985. A mercenary normally tied to Baron Zemo or Batroc’s Brigade, Machete is usually in opposition to Captain America or Hawkeye. Although he is a normal human with no superpowers, he is highly skilled with blades and carries an assortment of throwing knives, along with two three-foot-long machetes.

While there was a live-action movie named Machete starring Danny Trejo as the titular blade-wielding character with the same skill set, the film is not associated with the Marvel character by the same name.

America Chavez is a relatively new superhero named Miss America, debuting in Vengeance #1 in September 2011. She can open star-shaped holes to travel between the Multiverse, and she also possesses superhuman strength, moves at superhuman speeds, and can fly. She proved instrumental in her MCU debut by helping a grief-stricken Scarlet Witch see what she’s become during Doctor Strange in the Multiverse of Madness, portrayed by Xochitl Gomez.

Don Diego de la Vega is the famous swordsman Zorro, who was created by Johnston McCulley in 1919. Zorro is a masked vigilante who defends people against corrupt villains. After defeating his enemies, he is known to carve the initial “Z” on his foes.

Zorro appeared in Marvel Comics beginning in 1990. He has appeared in more than 50 live-action adaptations, most notably portrayed by Antonio Banderas in 1998’s The Mask of Zorro.