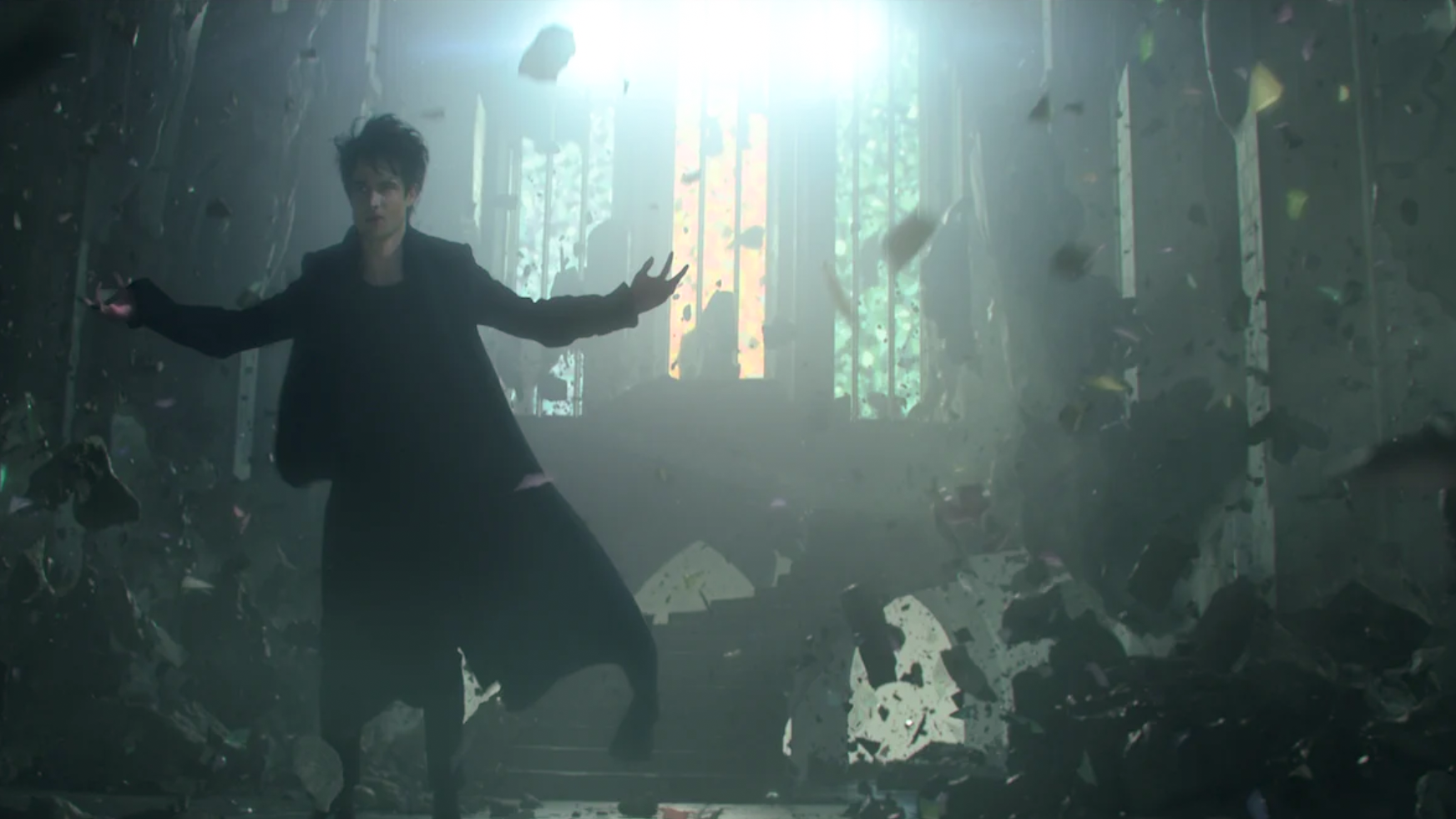 The Sandman. Tom Sturridge as Dream in episode 102 of The Sandman. Cr. Courtesy Of Netflix © 2022

If fans of The Sandman had worries about whether its star knows the history of the role he’s playing, actor Tom Sturridge put them all to rest today. Speaking at Netflix’s Geeked Week Sandman Cast Panel this morning, the young actor rattled off chapter and verse when asked about what is arguably the most iconic prop in the series.

Panel host Felicia Day asked Sturridge a fan question about The Sandman’s aka Dream aka Morpheus’ helmet, and how it would look and feel in the series. Sturridge went above and beyond the call of duty, describing the helmet’s origins as set down by The Sandman graphic Novel, Sandman: Overture, explaining to the panel:

“It is a real prop, and as Neil said, the most important. There are so many different images of it within the kind of history of the comics but in ‘Overture’ the source of it is revealed which is a battle that Dream has with a deposed god who has imprisoned him in The Dreaming with his love Alianora and he constructs a helmet out of the god’s skull and spine so he never forgets the defeat that he had when he was imprisoned. and what’s important was that the helm had that organic quality of a skull and a spine and wasn’t this kind of, what can sometimes be perceived as is a sort of space helmet.”

It’s just the sort of deep-cut knowledge only someone who really doubled down on their research for the role would know. And it’s a great sign that Sturridge may just be the perfect live-action Morpheus that fans have awaited for decades.

The Sandman premieres on August 5 on Netflix.