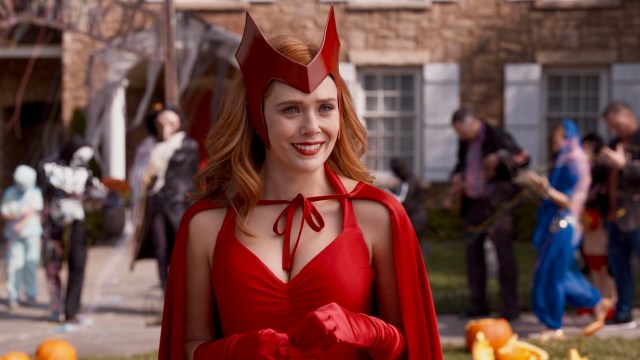 The Scarlet Witch has become one of the most popular witches in the Marvel franchise thanks to the success of the Marvel Cinematic Universe. Wanda Maximoff is a powerful character whose powers continue to expand and grow, making her currently one of the strongest characters in both the comics and live-action adaptations.

Many MCU fans might not be aware that Wanda is just one of several watches in Marvel Comics. These women are witches, Sorceress Supremes, heroes, villains, and more. With the upcoming series Agatha: Coven of Chaos set to be released in 2023, there will be renewed interest in the magical witches of Marvel.

Here are the 10 most powerful witches in Marvel Comics ranked, and where Scarlet Witch stands among them.

Under the alias Sister Grimm, Nico Minoru hides her secret identity as a runaway teen. When Nico and her friends find out that their parents are part of a secret cult, they run away from home. Nico finds out that her parents are both powerful wizards and takes the Staff of One from them, a powerful magical artifact. With the staff, she is capable of casting powerful spells, but her low magical aptitude and inexperience make it difficult for her to properly use the tool. She can only cast spells once, after which the Staff conjures random things. Despite her limitations, she has a lot of potential as a witch, but for now she takes the bottom spot in this ranking.

Amanda Sefton, whose real name is Jimaine Szardos, is the daughter of Margali Szardos, a powerful sorceress. Her magic follows the path of the Winding Way from which she learned from her mother. She is a frequent collaborator with the X-Men and is often shown as the love interest of Nightcrawler. She can shapeshift, fire bolts of energy, teleport, and create illusions to change people’s realities.

The Enchantress, also known as Amora, is a powerful Asgardian witch and one of Thor’s most powerful foes. She underwent magic training under the powerful Asgardian sorceress, Karnilla, but was banished from her training because of her lack of discipline and ambition. She uses her magical powers as well as her beauty and charm to ‘enchant’ people, gaining her name as the Enchantress. Her powers include shapeshifting, telepathy, teleportation, casting illusions, and many more, which she often uses to try and conquer Asgard as well as seduce Thor.

Illyana Nikolievna Rasputina is the sister of the X-Men member, Colossus, and a very formidable witch. Her mutant abilities grant her the power to teleport through space and time, and to other dimensions using the stepping disks that she conjures. After being taken to the dark dimension of Limbo, Magik mastered the dark arts. As years passed in the dimension, she came to realize that only seconds had passed on Earth. She became the Sorceress Supreme of Limbo and returned to Earth as one of the most powerful magic users on the planet. The combination of her teleportation powers, as well as her mastery of the dark arts, makes her a powerful addition to both the X-Men and the New Mutants.

Queen of Asgard and wife of Odin, Freyja is one of the most powerful witches in Marvel Comics. She taught her adopted son Loki how to use magic and witchcraft and has fought for Asgard many times. She was powerful enough to protect her son, Baldur, with her magic when it was prophesied that he would cause Ragnarok. She is also very adept at spell casting and other forms of sorcery. She can teleport and use All Speak, as well as being a competent warrior, as she was once a Valkyrie.

Megan Gwynn is half mutant, half fairy. The first abilities she discovered were her rainbow-colored wings, and the ability to conjure up ‘pixie dust’, a powdery substance that causes people to have hallucinations. Like many mutants, Maegan chose a name that reflected her abilities once she learned to accept her powers. On the fairy side, she has a high magical aptitude and can cast spells, teleport, and much more. She was even one of the candidates considered for the title of Sorcerer Supreme.

Jennifer Kale developed an interest in magic and witchcraft after finding out that her ancestors were part of a magical cult of an Atlantean witch named Zhered-Na. Secretly using her father’s spell books, she began to teach herself magic, and her natural affinity for witchcraft made it easy for her to pick it up. Her adventures began when she met the Man-Thing and formed a psychic link with him. Jennifer has teamed up with other witches, the X-Men, the Ghost Rider, and many other Marvel characters. Her powers include strong psychic abilities like clairvoyance, mind control, and much more.

One of the markers of a truly powerful sorceress is immortality or longevity, and Morgan Le Fey has been alive since as early as the 6th century. She was trained by the powerful wizard Merlin and was a foe to the great King Arthur. She has also studied spells from the Darkhold and possesses dark magic. Morgan can cast different kinds of spells, warp reality, time travel, teleport, grant powers to people, and much more. She is even more powerful than Doctor Strange, as she once bound him using the Crimson Bands of Cyttorak.

The success of WandaVision has thrust Agatha Harkness into mainstream attention as one of the most popular witches in the Marvel Universe. Her depiction in the MCU is slightly different from her comic counterpart, but one thing remains the same: Agatha is an incredibly powerful and immortal witch. In the comics, she appears as an unseemly aged woman, but she is actually centuries old and has survived many major events, such as the sinking of Atlantis and the Salem witch trials. Agatha is an exceptional sorceress and uses the universe’s magical energy to cast spells, control elements, and manipulate energy.

Wanda Maximoff is without a doubt the most powerful witch in Marvel Comics. Trained by Agatha Harkness, Wanda learned to harness chaos magic to become a powerful sorceress, but her inherent magical powers due to her parentage made her even more powerful than her mentor. In one of the comics’ most devastating story arcs, House of M, Wanda eradicates nearly all mutants in the world just by uttering the words “No more mutants”. Wanda can bend reality to her will, as well as cast spells and control chaos magic, which grants her powers like flight and energy manipulation.