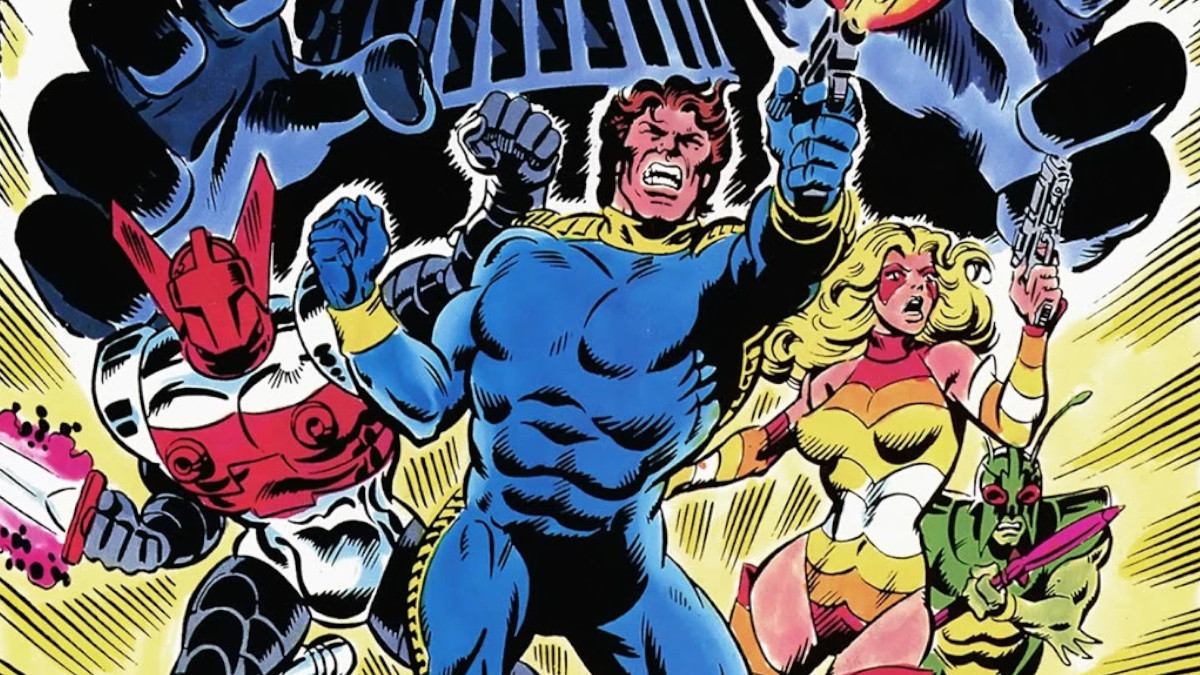 Marvel’s history is full of overlooked or often forgotten heroes and series, from the well-known to the highly obscure. In the scrap heap of history, one Marvel team stands out from the pack due to their fascinating origin story and because they’ve left a massive mark on the Marvel universe. Here is everything you need to know about the complex and intriguing history of the Micronauts.

What is the origin of the Micronauts and their comic?

Micronauts were originally a line of 3.75-inch tall action figures produced by the prolific toy company Mego. This range stood out from the pack because the figures had more points of articulation than other competing toys at the time. The line also had a gimmick where many toys had swappable limbs, allowing kids to make their own custom characters.

Mego, however, was merely the face of the toys in America, as the Micronauts started life in Japan under the name Microman. Created by the toy company Takara, the line started as a spin-off of Takara’s Henshin Cyborg toys, which consisted of eight and twelve-inch tall figures. Takara made the Microman line in an attempt to cut production costs during the energy crisis that rocked Japan in the 1970s while also allowing children with smaller living spaces to buy more figures.

One Christmas, the son of Marvel writer Bill Mantlo was given a Micronauts toy as a gift. Mantlo was instantly mesmerized by the toys, quickly imagining what adventures these characters could have. Mantlo took the idea to Marvel, who struck a deal with Mego, leading to the comic.

My son had just reduced a mountain of X-Mas presents to disposable rubble, and sat, in the midst of this mess of paper, tearing a group of tiny shiny figurines out of their vacuum-sealed packages. The figures seemed to catch the sparkle of the lights from my parents’ Christmas tree. They were unlike any toys I had ever seen – and I’ve run the gamut in my time, from Dodge City to G.I. Joe to the Shogun Warriors. I asked Adam (that’s my son’s name) if I could see them before they went the way of all plastic and, when he handed them to me, I held in my palm the four basic figures of a new concept in toys called…The Micronauts.

I envisioned them as small, microscopic even inhabiting an other-verse apart from, but conjunctive with ours.

Space Glider seemed to suggest a Reed Richards nobility, an aspect of command, of dignity. Acroyear, faceless, his armor gleaming, a fantastic sword clenched in his coldly metallic hand, seemed to hearken back to a warrior Mr. Spock. For some reason Galactic Warrior seemed insect-like – I can almost hear clicks and whistles and strange scraping interjected into his speech. But Time Traveler…there was a mystery there, glimmerings of cosmic vastness, intimations of knowledge and space and time all having been broken down and reassembled to produce something entirely new… unexplainable…different.

Who are the Micronauts in-universe?

The Micronauts have had several runs of comics. First came Micronauts, which ran between 1978 and 1984, and this run also included a four-issue crossover series called X-Men and the Micronauts. This series received an immediate sequel called Micronauts: The New Voyages, which ran from 1984 to 1986.

The Micronauts live in the Microverse, a universe consisting of many very tiny planets, many of which have weird inhabitants. One of these planets, dubbed Homeworld, is populated by humans and divided into spherical habitats. When an old academic turns evil after inventing genetic alteration technology, this peaceful world is rocked to the core as the academic builds himself a suit of black armor, dubs himself Baron Karza, and attempts to take over the entire Microverse. This forces Commander Arcturus Rann, Acroyear, Bug, Marionette, and Biotron to team up to take him down.

During both the original comics and the Micronauts: The New Voyages line, the Micronauts had several big crossovers with well-known Marvel characters. In The X-Men and the Micronauts, they met up with some of the most popular X-Men characters of the time, but they also had encounters with Man-Thing, and Bug was briefly a member of the Guardians of the Galaxy in 2009.

The Micronauts series has left one notable mark on the Marvel universe in its creation of the Microverse, a universe you enter by shrinking to below subatomic size. While this universe was initially the home of the Micronauts, it has since become the origin of several popular Marvel characters, including Psycho-Man. This name is even used in the MCU, most notably in the Ant-Man series of movies.

It should be noted that Marvel did try to rebrand the team in the 1990s. In 1996’s Cable #37, Cabel meets Arcturus, Marionette, and Bug (all characters Mantlo created for the comics), who are now dubbing themselves the Microns. This team would reappear a few times after this, helping the Alpha Flight team and Captain Marvel when they ended up in the Microverse. The highlight of this new team’s time would be the previously mentioned Captain Marvel story, as it saw Baron Karza briefly team up with Thanos. After this run, however, the team vanished and is rarely, if ever, referenced.

This wasn’t the end of the Micronauts, as Image Comics would get the right to the toy line in 2002 and publish a short series featuring them. In 2004, Devil’s Due Publishing would get the rights and release another comic before the franchise went on another massive hiatus. The last time the Micronauts franchise was used in comic books was in 2016 when IDW Publishing started making comics for Hasbro, as the company acquired the franchise after Mego collapsed, but none of these series are linked to Marvel’s take on the characters.