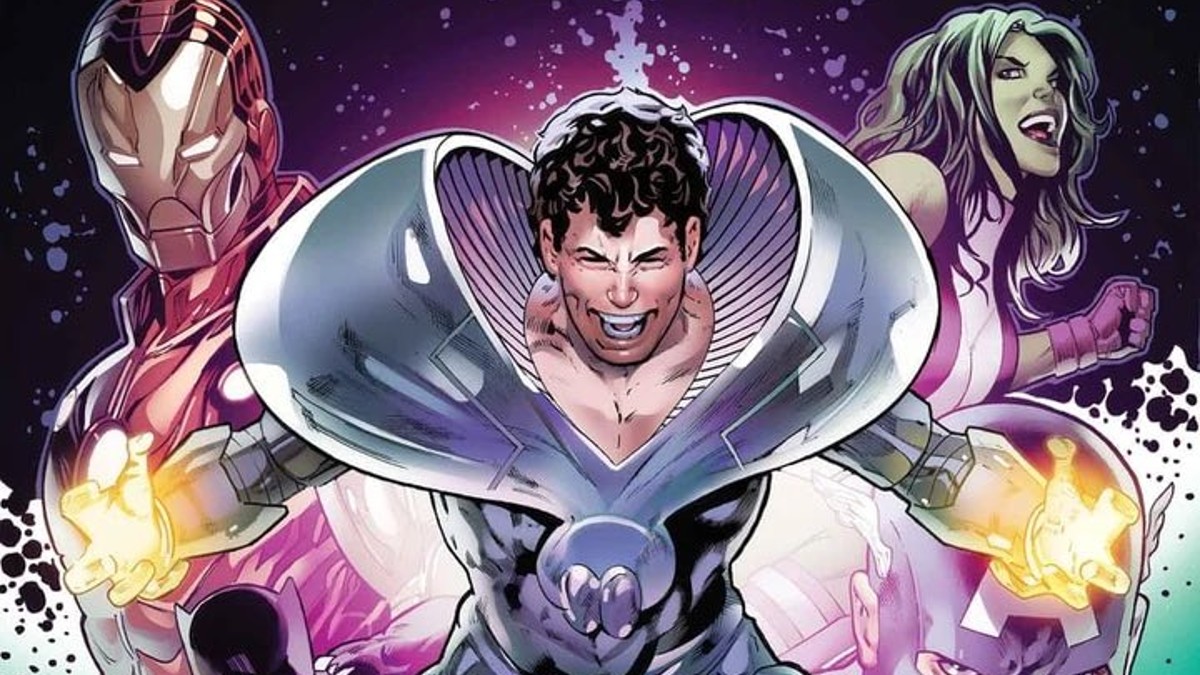 Comic book fans often debate about which character is the strongest of them all, but Beyonder is literally beyond the competition. He played a major role in all three Secret Wars events, preceding the event that Avengers: Secret Wars is based on. These stories have had a big impact on the history of the Marvel Universe and still reverberate in the modern age.

The Beyonder is the most powerful being in existence, even eclipsing the Living Tribunal and Eternity. He has titanic strength and durability, psionic abilities, he can warp reality, manipulate matter on a cosmic scale, teleport, and fly. There’s virtually nothing the Beyonder can’t do.

The Beyonders were a race of ancient beings who created a universe to incubate the Beyonder. He was literally everything. He was the entirety of his own universe and he only knew of his own oneness, until a cataclysmic event opened the Beyonder’s universe to the Marvel universe. Owen Reece was working on an atomic device, but because of an accident manipulated by the Beyonders, it opened up a hole to the Beyonder. It gave him immense molecular powers and he would come to be known as Molecule Man.

The Beyonder was still growing as he watched the Marvel Universe for years. He learned that each being is their own individual with so many options to take and motivated by their own deesires. There were many forms of life and many universes beyond his own and that made the Beyonder realize that he must evolve. In these universes beyond his own, beings are changing and growing, and to become whole, he would have to see how they behaved in a controlled environment.

In Marvel Superheroes Secret Wars by Jim Shooter, Mike Zeck, and Bob Layton, the Beyonder teleported various heroes and villains to a planet he created called Battleworld. As the name indicates, Battleworld is replete with alien weapons and technology. The Beyonder commanded that if they fight amongst each other, then all that they desire will be theirs.

The participants in this battle included the Avengers, the X-Men, the Fantastic Four (except Sue Storm aka the Invisible Woman), Spider-Man, and Spider-Woman. Even Magneto was on the heroes’ side, but he would soon defect after not feeling welcomed by the Avengers. The villains included Doctor Doom, Doctor Octopus, the Enchantress, Kang the Conqueror, Klaw, Absorbing Man, the Lizard, Molecule Man, Ultron, and the Wrecking Crew. Titania and Volcana were created by Doctor Doom during the course of these events.

Doctor Doom and Galactus confronted the Beyonder, but they were no match. Doom was able to later create a device that stole Beyonder’s power and absorbed them into himself, but the Beyonder took control of Klaw and used him to influence Doom’s insecurities about his new powers. This allowed the Beyonder to reclaim his power from Doom, which then returned him to his natural state. The Secret Wars ended and everyone returned to where they had been taken from before they arrived on Battleworld.

In the sequel, Secret Wars II by Jim Shooter and Al Milgrom, the Beyonder visited Earth to learn about regular humans. He transformed himself into a person using the participants of the first Secret Wars as a basis. He changed guises multiple times, including assuming a body based on Molecule Man and Captain America, and fulfilled people’s desires. He took things even further by using his powers to control everyone on Earth, but this test left him feeling hollow.

The Beyonder’s continuous meddling wreaked havoc on the Marvel Universe. When he couldn’t comprehend the point of existence, he chose to destroy the universe and killed many of the New Mutants in battle. This resulted in the superheroes coming together to end his rampage. The Beyonder created a machine in the sanctum sanctorum and resurrected the New Mutants. He also used the machine to become mortal without any superpowers. Mephisto took this opportunity to launch an attack on the vulnerable Beyonder, who was forced to regain his powers and defend himself.

In Secret Wars III by Steve Englehart and Keith Pollard, the Beyonder was omnipotent and everything that existed in this universe was influenced by him. When a Fantastic Four team consisting of the Thing, She-Hulk, Human Torch, and Doctor Doom arrived, they disrupted this balance by reminding the Beyonder of his past. Doom wanted the Beyonder to fix his mind to attain Beyonder’s knowledge and recover the memories that were taken from him, but the Shaper of Worlds and Kubik battled with the Beyonder to stop him from helping Doom.

Molecule Man arrives and stops the fighting between them. He informs the Beyonder that the Cosmic Cube he was incubated in was defective. While the Beyonder had a hard time coming to terms with this, he eventually conceded and transformed into a cube. His universe no longer exists. Doom attempted to use the Cube form to regain his memories, but he was foiled by Kubik and the Shaper of Worlds.