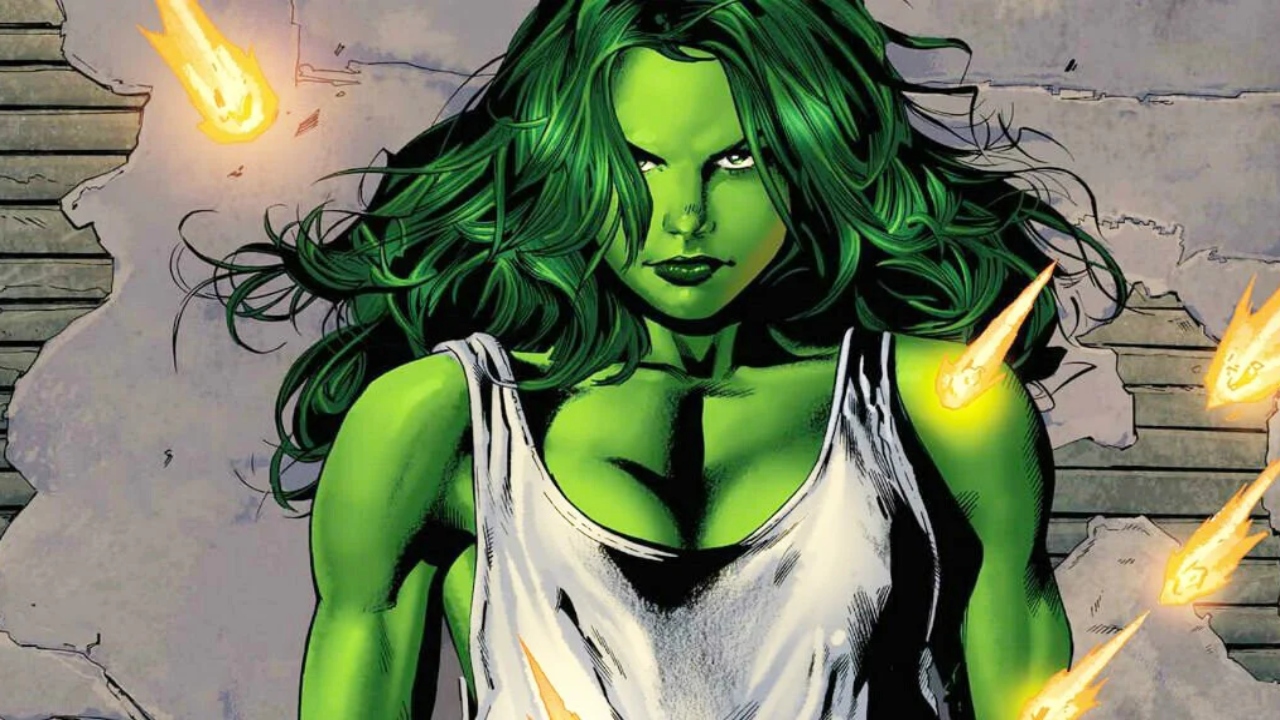 She-Hulk is pounding her way into the MCU, but how will her Disney Plus origin story differ from the comics? We’ve got you covered.

In less than two weeks, the world will get its first episode of She-Hulk: Attorney at Law. The showrunners have promised plenty of absurd moments with comedy galore as Jennifer Walters walks the fine line between being a humble lawyer and a six-foot-seven-inch Green Goliath.

In a recent featurette, Marvel Studios has given fans a sneak peak into the minds of the show’s cast and creators, but it also provides a brief overview of how Jennifer became the savage She-Hulk. As you may have suspected, this won’t be quite the origin story longtime comic readers remember.

She-Hulk debuted in the appropriately titled Savage She-Hulk #1 in 1980. Created by Stan Lee and John Buscema, Marvel wanted a female Hulk to capitalize on the superhero fandom being built on television thanks to the popularity of The Incredible Hulk, The Six Million Dollar Man, and The Bionic Woman. In essence, She-Hulk was a combination of the Hulk and the Bionic Woman, but with her own unique style.

The other reason for her existence was out of fear that someone else might capitalize on a female Hulk, so Lee decided to put She-Hulk on the page before anyone else beat him to the idea. It wasn’t the first time he had done this, either. Just in case another publisher wanted to copyright the name “Spider-Woman,” Lee and the Marvel Bullpen rushed their version of the character to print so they alone could claim the rights.

In the comic itself, Jennifer Walters’ mother was murdered by the mobster, Nicholas Trask. Jennifer grew up to become a lawyer, but the past found her. While she was working as an attorney in Los Angeles, Trask caught wind that Jennifer had evidence that would incriminate him. He sent hitmen to kill her, and they nearly succeeded. As she lay dying in a hospital bed, her cousin, Bruce Banner, gave his blood for a life-saving transfusion. Bruce unexpectedly passed along his gamma-powered DNA to Jennifer, who found herself infused with the same powers as the Hulk.

In recent years, like all comic origins, Jennifer’s story was retconned. During Al Ewing’s run on Immortal Hulk, all gamma-powered characters were connected by the magical Green Door that led to basically the Hulk’s version of Hell, the Below-Place. In the revised version of the story, Jennifer actually died from gunshot wounds, and she was taken to the Below-Place. There, she found the Green Door. Stepping through it, she was returned to the living, complete with superhuman abilities.

The most discernible difference between Jennifer and Bruce’s powers is that she retains her intelligence when she transforms into She-Hulk. At the time, Bruce’s anger still changed him into the mindless, rampaging Savage Hulk. Taking a cue from his cousin, Marvel would later combine Bruce’s mind with Hulk’s body to form Professor Hulk, who was, to an extent, a male version of She-Hulk. It brought their story full-circle in a sense.

Years later, Jennifer would get another leg up on her cousin. This time, she was given the ability to control her transformations. Not terribly long afterwards, she ditched the Jennifer Walters form altogether and permanently remained as She-Hulk. From there, her comics take a more comedic turn, which no doubt will serve as inspiration for the Disney Plus series. While she would be an Avenger as well as Thing’s replacement in the Fantastic Four, She-Hulk is most remembered for being the go-to attorney for superhuman hijinks.

Whether it’s Marvel, DC, or any other comic book adaptation, the story almost certainly changes from page to screen. Thus, She-Hulk fans were prepared for the green goliath of the courtroom to take a detour from her comic roots.

Although the series will be released on Disney Plus on Aug. 18, the aforementioned featurette gave some insight into her revamped origins. Through a mixture of interviews with the cast, show creators, and of course Marvel chief Kevin Feige, the picture becomes clear. As we will no doubt discover in the first episode, this version of Jennifer Walters doesn’t appear to have been the target of a vengeful mob boss. Apparently, during a car accident with Bruce, she was accidentally infused with the Hulk’s blood with no gunshots that we know of.

While the comic’s She-Hulk was instantly heroic, the MCU Jennifer plays the part of a reluctant hero. She tells Bruce how she simply wants to return to being an average attorney with no intentions of being a superhero. “Who’s going to protect the world, if not people like you?” He asks, clearly setting the stage for her to ascend to heroism.

Feige had described She-Hulk as Marvel’s first legal comedy, so we can assume that most of the action will take place in the courtroom, but don’t expect it to stay there. Since both Abomination and Titania are in the show, the series will have its share of action sequences. By the season finale, Jennifer will likely accept herself as She-Hulk and be a full-fledged superhero, practicing law by day and fighting supervillains by night, as she does in the comics.

Why would Marvel change the character’s origins? Most likely, it’s due to She-Hulk being focused more on comedy than drama, so nixing the mob hit would be the first order of business.

One of the hallmarks of the She-Hulk trailers has been her fourth-wall breaks. For those uninitiated, breaking the fourth wall basically means that a character in the production is aware of — and speaks to — the audience. Known on the stage as an aside, this is a technique that has been in effect since the days of Shakespeare. During the movie and television era, addressing the viewing audience was essentially the same idea, but the old concept was given a fresh, modern name in “breaking the fourth wall.” When it comes to She-Hulk speaking directly to the camera, that has been ingrained in her character since 1989.

At that time, superstar writer/artist John Byrne had taken over creative duties for Sensational She-Hulk. What made her second comic series unique was its humor. She routinely interacted with the Marvel editorial staff, and she threatened to destroy readers’ X-Men comics if they didn’t buy her issues. In that sense, the Disney Plus fourth-wall breaks are perfectly in line with her comic history.

This may be Marvel Studios’ first time breaking the fourth wall, but it is hardly new to superhero cinema. Besides the animated Ultimate Spider-Man routinely speaking directly to the audience, the most famous fourth-wall breaking superhero is Deadpool. Throughout both Deadpool and Deadpool 2, Wade Wilson addresses the camera — à la The Office — and makes plenty of comments about the X-Men as well as taking jabs at 20th Century Fox, who produced the movie. In fact, the Deadpool post-credits scene saw the “Merc with a Mouth” pull off a hilarious Ferris Bueller impression, complete with shower cap and bathrobe as he teases Cable for the sequel.

Sure, She-Hulk’s MCU origin tale will differ from the comics, but there’s a bigger plan at work. Namely, how will she fit into the larger Multiverse Saga? Mark Ruffalo has said that he will pass the Hulk’s green torch to Tatiana Maslany’s She-Hulk. That should lead to her becoming an Avenger, which would make for an interesting lineup in the not-too-distant future.

At this point, what Marvel has in store for Phase 6, in particular, is a mystery. At San Diego Comic-Con, Feige released the full slate of Phase 5 movies, and two highly intriguing Phase 6 additions, Avengers: The Kang Dynasty and Avengers: Secret Wars. It is the latter that could connect to She-Hulk’s comic origins.

Outside Feige and his inner circle, no one knows what we may see in Secret Wars. In the comics, it was a crossover event inspired by an action figure line of the same name. The good guys, including She-Hulk, and the evil-doers, were all abducted and forced to battle for the amusement of the godlike Beyonder.

What if Feige is plotting some version of the Secret Wars story similar to the 1984-85 comic series? She-Hulk could find herself on Battleworld, where she proves her worth as a superhero to the rest of the Marvel-616. Then again, if Hulk is shipped off to the far side of the galaxy, she could fill his spot in the Avengers while he’s away. In either case, the end result would be her taking the reins as Marvel’s next Hulk.

Judging by those coming Avengers movies, Phase 6 should give us all the answers we need…just in time for Marvel to give us new questions to ask. Between now and 2025, She-Hulk will be positioned as one of the MCU’s elite powerhouses, make no mistake. Hopefully by then, they will have fixed her CGI.