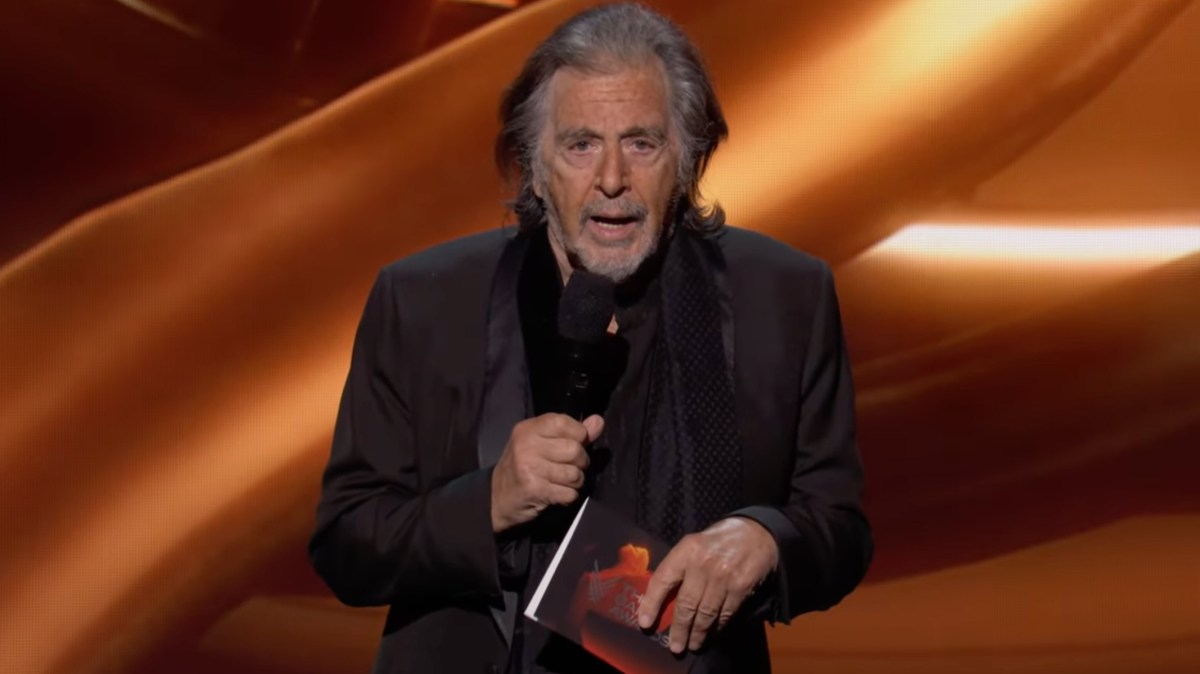 Image via The Game Awards/YouTube

The Game Awards 2022 is celebrating and highlighting this year’s best games. As gaming becomes more advanced with graphics constantly improving, stories becoming more complex and deep, and big-name actors getting involved it only makes sense that the awards would pull in one of those big names to present at the event, though what may not have made perfect sense was why that person was… Al Pacino.

Pacino took to the stage to present the award for Best Performance as attendees applauded in delight but also surprise. The 82-year-old actor himself seemed a little incredulous as to why he was there, opening by saying “this is an experience for me.

“One that I didn’t expect but here I am, as usual, doing my surprising thing to myself.”

The actor went on to admit he doesn’t play a whole lot of video games, to which the audience gave a jovial laugh.

“I, however, have spent a lot of time watching my kids play, and I continue to be thoroughly impressed and entertained by the unique and immersive ways that video games tell their stories. And especially, naturally, by the performers who help tell these stories.”

Pacino presented the award to Christopher Judge who played Kratos in God of War: Ragnarok. Upon receiving his award Judge made sure to pull a retreating Pacino back to get in a hug from the Academy Award winner.

Though it must be a dream to be handed an award from such an iconic actor, many wondered why Pacino was even there seen as the actor really doesn’t have anything to do with gaming. Gaming fans took to social media to joke that it appeared that not even Pacino himself was sure what he was doing there given his speech.

Many were simply shocked that Pacino would ever attend an event like this.

Many wondered how they even got hold of the actor.

This fan points that Pacino didn’t really look to know where he was.

Though full of smiles and even some self-deprecating humor, Pacino didn’t seem to truly grasp what was going on.

And then the 82-year-old had to stand and wait for a full 10 minutes whilst Judge gave his speech.

Regardless of whether he knew what he was doing, it seemed like it meant to world to Judge and Pacino seemed genuinely happy to celebrate his success.

As long as it meant something to Judge, the recipient of the award, it doesn’t really matter why Pacino was hired to present the award. It’s all fun and games at the end of the day.