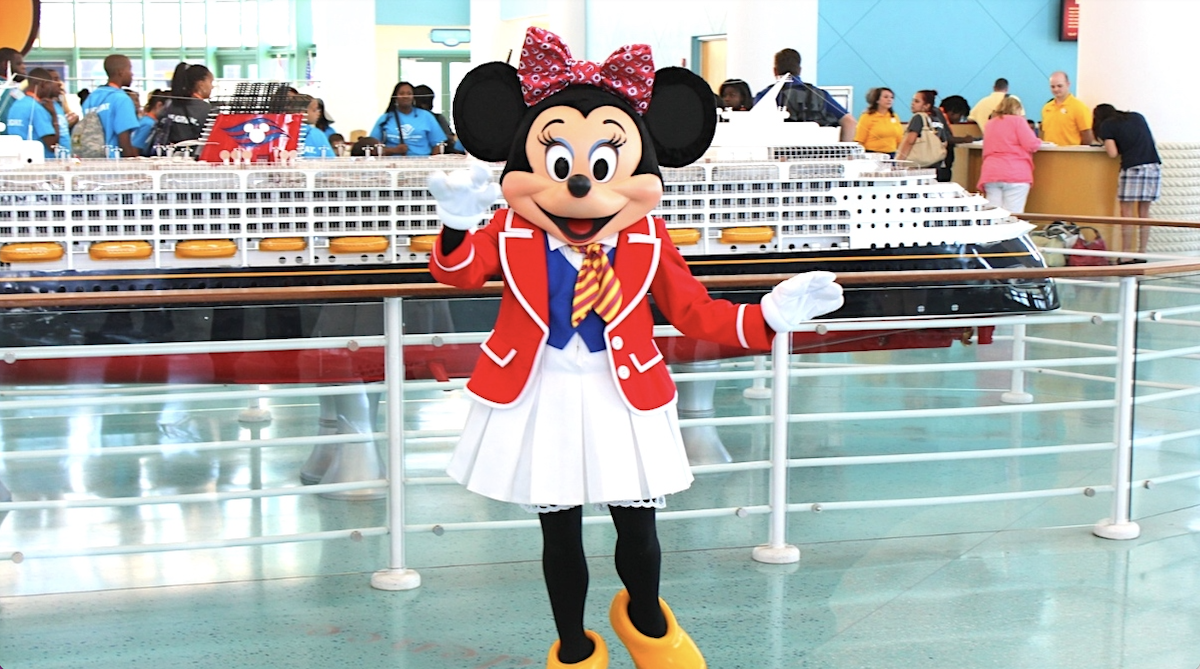 Disneyland Paris announced on Tuesday that beloved Disney mascot Minnie Mouse will be getting a makeover. Making her debut in 1928, Minnie Mouse has been a recurring character in the franchise and was always seen sporting her iconic polka dot dress and matching hair bow. Now, inspired by the upcoming Women’s History Month in March, Minnie has received an entirely new look courtesy of designer Stella McCartney.

The Twitter account for Disneyland Paris shared a preview of Minnie’s new outfit, which consists of a dark blue polka-dotted pantsuit and matching hair bow. For those among us who are resistant to change, at least Minnie’s accessories will never go out of style and the design stays loyal to its original source.

“Stella McCartney has designed Minnie Mouse’s very first pantsuit, and it’s gorgeous,” the account wrote. The 50-year-old British designer and daughter of Beatles legend Paul McCartney spoke to D23, the official Disney fan club, about the collaboration and revealed that she is “delighted” about the opportunity.

“Minnie has always had a special place in my heart,” McCartney said. “We share the same values. What I love about Minnie is the fact that she embodies happiness, self-expression, authenticity, and that she inspires people of all ages around the world. Plus, she has such great style!

This new take on her signature polka dots makes Minnie Mouse a symbol of progress for a new generation. She will wear it in honor of Women’s History Month in March 2022. I can’t wait for you to see this new look at Walt Disney Studios Park!”

During the anniversary celebrations, Minnie will appear alongside other famous characters such as Mickey, Donald Duck, and Goofy. All the Disney favorites will don custom-made outfits specifically for the festivities.

Disneyland Paris released a video that showcases some of the new looks and features colorful reflective dresses and tailcoats, shimmery accessories, and more.

In a statement about the anniversary, Disney representatives said, “Disneyland Paris has over the years created unforgettable memories that last a lifetime… no wonder it’s become Europe’s top tourist destination! The resort is known for bringing unique ideas to life, exploring new paths, and continuously reinventing itself.”