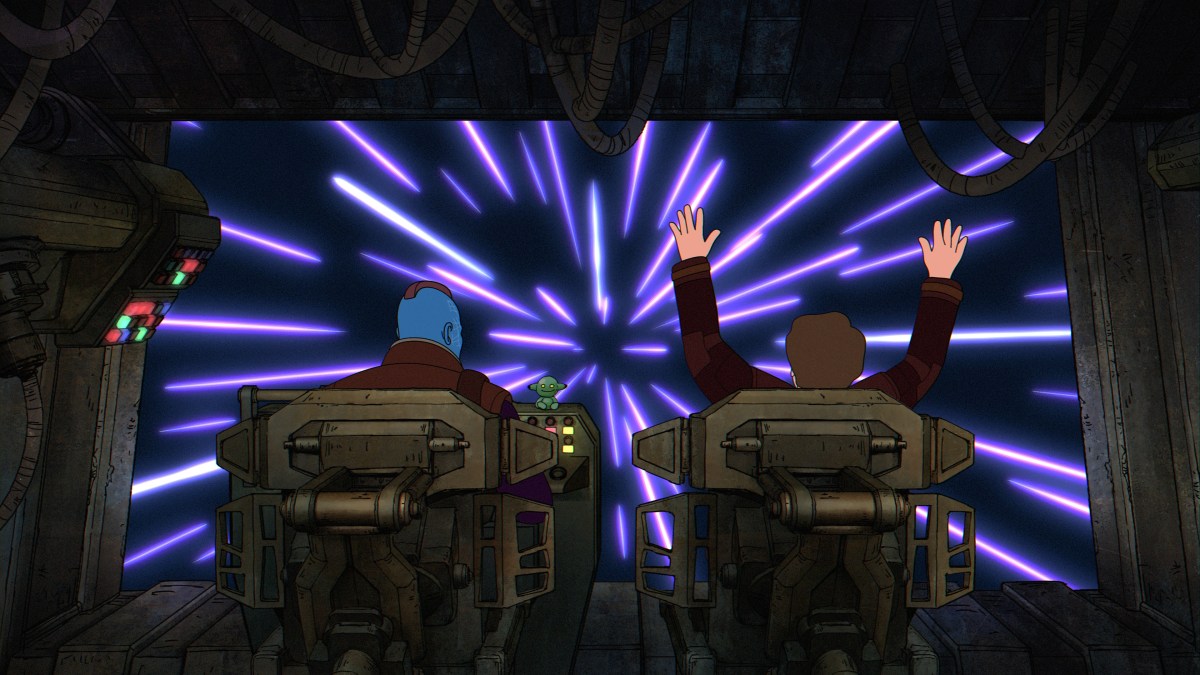 Does anyone know who gets to decide which holiday movies gain their status as a true-blue “Christmas classics?”…is it Santa? Well, if you’re reading this Mr. Claus, we’d like to formally submit The Guardians of the Galaxy Holiday Special for your consideration. Also we’d like a lightsaber, an infinity stone, and — sorry, got a little sidetracked there. Where were we?

This Disney Plus exclusive has it all; heart, a message, and ultimately, it reminds us that spending time with friends and family around the holidays is the only gift that matters. Not to mention that this new installment in James Gunn’s mind-melting space saga is particularly worth watching if you’re into kickass animation.

Since its release on Nov. 25, fans have fallen in love with the animated bookends that open and close the special, and there’s no escaping just how nostalgic they both feel. According to Mac Whiting, the lead animation supervisor for the project, this was all painstakingly by design. In a recent press release, Whiting had this to say,

“…From the start, James Gunn said he hoped to emulate the Ralph Bakshi style that was popular in the 1960s and ’70s, and there was no way to cheat it – it had to be hand-drawn rotoscoping,”

That’s right, the animated sequences in The Guardians Special were hand-frikkin’-drawn. Frame by frame. Talk about a Christmas miracle! But how was this heroic task accomplished in the first place, and who are the artists responsible?

You may not have heard of them — yet — but you certainly know their work. Stoopid Buddy Stoodios, the crazies behind Robot Chicken, Marvel’s M.O.D.O.K., and Crossing Swords, are the ones you can thank for bringing a little extra animation cheer to your holiday. Move over, Mariah! (We’re just kidding. Please never change, Mimi).

These are the people responsible for the longest-running stop-motion show on Earth. It stands to reason that they could handle some traditional animation every once in a while, and thankfully, Stoopid Buddy co-founder Matt Senreich couldn’t agree more.

“When we produced an initial eight seconds of test footage with Michael Rooker as Yondu, we knew we could match that vision, and, through animation, bring something entirely new to Guardians of the Galaxy. Stoopid Buddy is incredibly proud to be associated with it.”

As the folks behind The Guardians of the Galaxy Holiday Special set out to recapture so many of the warm feelings brought on by the holiday specials they grew up with, it’s clear that the animation produced was a genuine labor of love. Cue our nostalgic tears.

Christmas has always had the uncanny ability to bring people together — allowing us to take a pause, evaluate the year, and give thanks. In the end, an original project like this one is exactly what we needed this holiday season. Except of course, that lightsaber we’re waiting on, that’d be nice too.