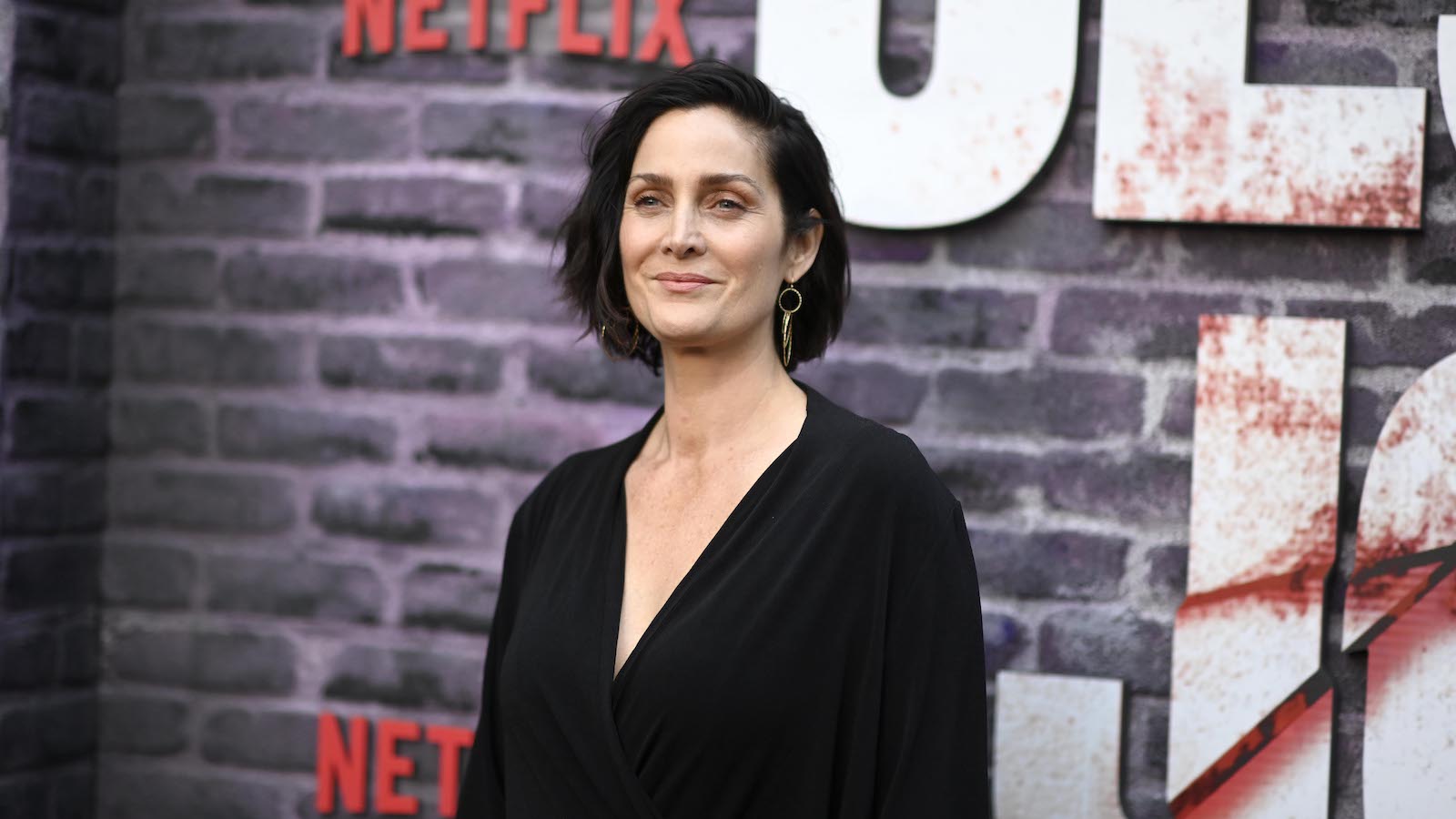 The Matrix Resurrections star Carrie-Anne Moss had landed her sixth video game role as Tilda in the upcoming action role-playing game by Guerrilla Games — Horizon Forbidden West. As the sequel to Horizon Zero Dawn (2017), the game features a post-apocalyptic frontier known as the Forbidden West and sees the return of the central heroine, Aloy.

As a successful and likable actress, Moss rose to international fame for portraying Trinity in The Matrix saga. Her extensive filmography includes a supporting role as Julie Brecht in the psychological thriller Disturbia (2007) and a coveted spot in the MCU as Jeri Hogarth in the Marvel Netflix series Jessica Jones. In terms of video game portrayals, Moss provided the voice and motion capture to reprise her role as Trinity in Enter the Matrix (2003) and The Matrix Awakens (2021). In addition, she featured as Aria T’Loak in Mass Effect 2, Mass Effect 3, and Mass Effect: Legendary Edition.

Now, a recent tweet from The Game Awards has announced that Carrie-Anne Moss will play Tilda in Horizon Forbidden West. Check out the official tweet below:

Moss’ character, Tilda, has yet to appear in the franchise and will be introduced as a brand new addition to the cast. Horizon Forbidden West sees Ashly Burch, Lance Reddick, and John Hopkins reprise their roles as Aloy, Sylens, and Erend, respectively. According to The Loadout, “Tilda is described by the developer as “a mysterious and complicated character with a special connection to the ancient past.” Moss’ Tilda appears at the very end of the official story trailer for Horizon Forbidden West, but very few details are known about the significance of Moss’ role within the established world.