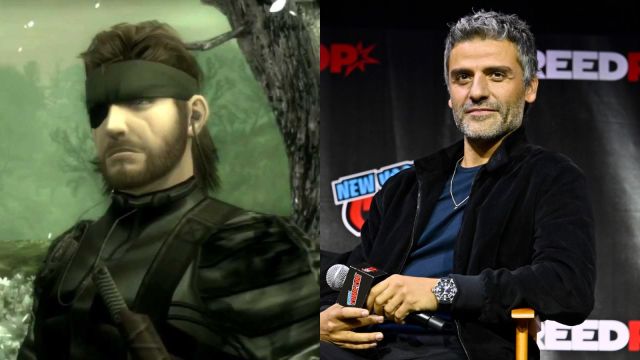 The perpetually development hell residing Metal Gear Solid film is still on the go for Oscar Isaac, despite the lengthy wait.

Metal Gear Solid always strived for cinematic quality, even as far back as the PlayStation One’s Metal Gear Solid. Developer Hideo Kojima saw it such a cinematic light, it’s always felt destined for the big screen. Since the turn of the century there’s been ongoing talk of an adaptation, with Kojima saying in 2006 early production had begun.

However, the next 16 years failed to bear fruit aside from the casting of Hollywood star Oscar Isaac as Solid Snake in late 2020. Since then, little has been heard aside from the occasional rumor or quote. Isaac was asked about the film’s production by comicbook, and told them they’re still working out “the take” while calling the original Metal Gear Solid his favorite game.

“We want it to happen. Be excited. What’s the script? What’s the story? What’s the take? But hopeful that comes to fruition because there’s so much potential for that. It’s an incredible game. It’s my favorite”

If there’s one word you could use to describe Kojima’s series, it’s dense. Very, very dense. Known for cinematic which can go for upwards of thirty minutes and revolutionary but bizarre gameplay ideas, he’s never been one for conventional. Or short. A groundbreaking saga which frankly only gets more bizarre with each game, it could be a challenge to turn into a movie.

Isaac has implied they’ll cover the first game, although Metal Gear Solid 3: Snake Easter is chronologically set many years before it. Jordan Vogt-Roberts is still expected to write and direct the film, with several rewrites occurring over the last five years.