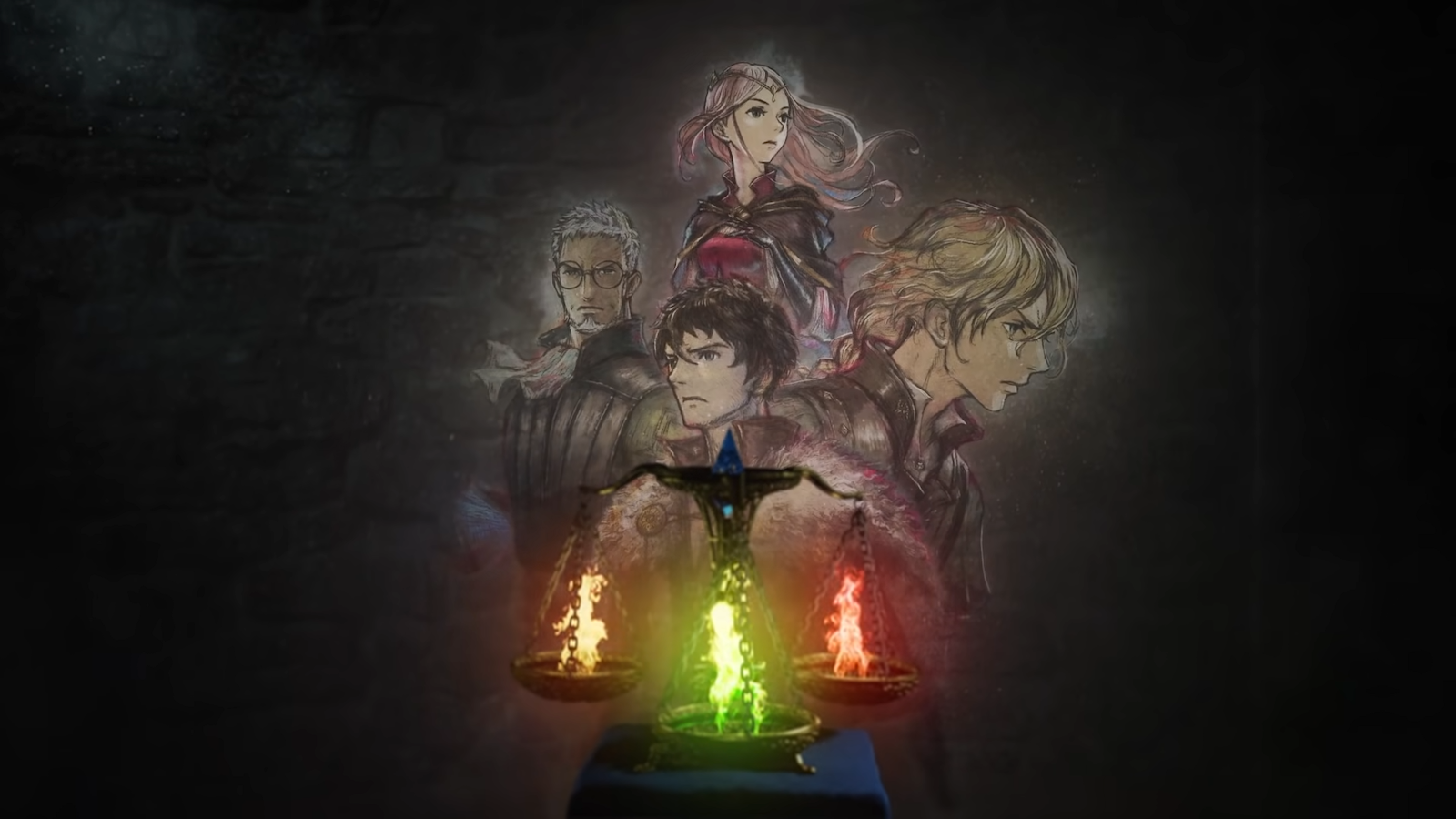 The new slice of gameplay, available now exclusively on Nintendo Switch, allows players to try out the game up to the end of Chapter 3 ahead of the full release on March 4. Any progress made during the free demo will also carry over to the full game when it debuts.

The latest project from developers Square Enix and Artdink, Triangle Strategy is set on the fictional content of Norzelia during the Saltiron War, a time of conflict between three countries: Aesfrost, Glenbrook, and Hyzante.

Players take on the role of multiple characters embroiled in the war: Serenoa Wolffort and childhood friend Prince Roland Glenbrook, Benedict Pascal, and Serenoa’s fiance, Princess Frederica Aesfrost. With tensions running high, Serenoa and company must find a way to carry on whilst being caught in the middle of various countries’ potential for war.

Fans of games like Fire Emblem will find plenty to enjoy within, though there’s still a lot about the game we haven’t found out just yet.

The first Nintendo Direct of 2022 was chock-full of announcements, including the unveiling of games like Nintendo Switch Sports and Xenoblade Chronicles 3. It was a bountiful presentation full of intriguing reveals, such as localization and remake of JRPG cult classic Live-A-Live, as well as the revival of the Front Mission series. It looks like it’s about to be a full year for Switch owners.

Triangle Strategy is currently available ahead of its March debut.