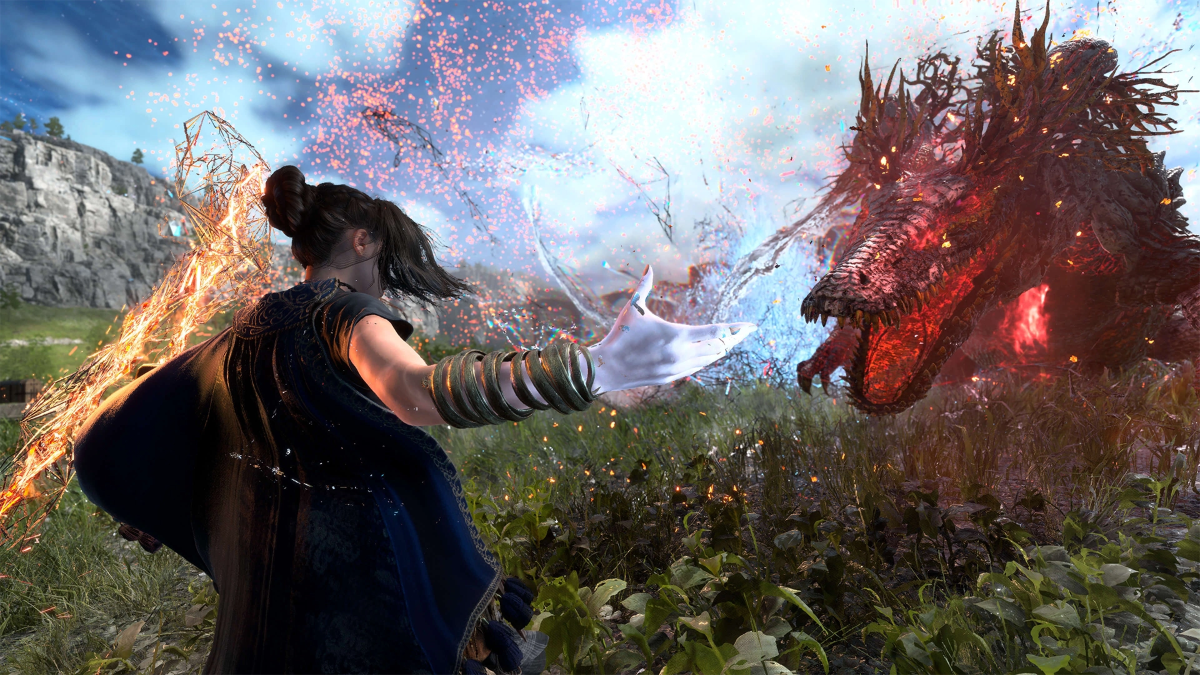 This article contains spoilers for Forspoken

Forspoken hits shelves today and has already proved quite divisive. Square Enix’s new adventure is currently sitting at a relatively low 68 percent on Metacritic, though we’ve been playing it for the last two weeks and have had a whole bunch of fun. Though the game seems destined to end up on the “cult classics” list, we hope it finds an audience as the incredibly fun traversal mechanics and flashy combat delivers the goods.

The story is also likely to split opinion, with lead character Frey essentially a regular New Yorker dropped into the crazy fantasy world of Athia and expected to save the day. For the most part, Forspoken is a linear story with few choices: the world is being consumed by “the Break,” you’re the only person immune to its corrupting effects, and you must take out four bosses in order to stop it and restore peace to the land.

But, in chapter 11 (of 13) you’re presented with a stark choice. Here’s which is the best to pick, and, for once, there’s an objectively best option.

Should I stay or should I go now?

At the conclusion of chapter 11 Frey is placed in front of two portals. One leads to the final boss and will give you a chance of saving Athia from destruction, and the other will take you back home to New York City. You’re advised to choose wisely, though the game underlines that either of these choices is valid.

On paper both choices are worthy. Frey has spent almost the entire game trying to find a way home and has repeatedly said that she doesn’t want to be considered a savior or hero. On the other hand, you’ll have built up many relationships in Athia, by now you’ll know your true connection to the world, and—dammit—maybe Frey can be a hero after all.

At this point, you should make a separate save file so you can see both. For the sake of spoilers, we’ll simply say that you should take the left portal. If you want to know what’s beyond them, read on.

If you go, there will be trouble

So you’ve chosen to return home to New York and your adorable cat, Homer. Your reward is a 30-second cutscene of Frey back in her filthy street clothes walking her cat. Roll credits.

The game may as well be bonking you on the head and saying, “What are you doing dummy? Go back, and make the other choice.”

If you stay, there will be double

If you hop through the other portal, the game heads into its barnstorming finale, with a final boss worthy of any JRPG and some killer action sequences that neatly tie up Frey’s story. We won’t get into specifics, but by the time we’d put down the game, any misgivings we had about Frey had vanished, and we found the resolution rather touching.

Plus, once that’s over, you’re tossed into the post-game where there’s still a lot to be seen (don’t miss this one quest after the credits). The main story doesn’t necessarily show you everything in Athia either, so it’s worth going back and fully exploring each region, as there’s content out there specifically geared for a fully powered-up character with some sweet upgrades.

Plus, we’re betting that there’s still a whole bunch of adorable, magical cats hanging out in the overworld to befriend and a refuge fully stocked with cute cat buddies is a very welcoming sight.

Forspoken is out on PlayStation 5 and PC today.