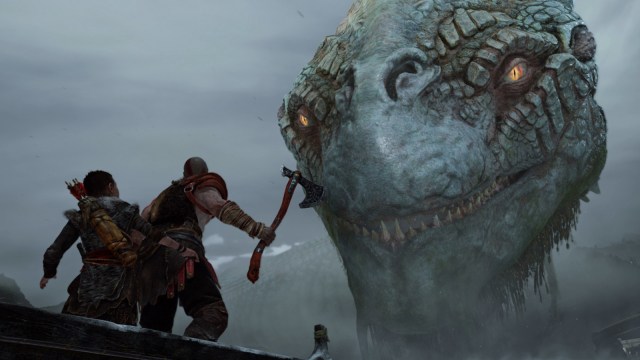 Look at the time, it’s gaming news o’clock! It always rolls around so fast, doesn’t it? Well, there isn’t a whole lot happening in the gaming sector on this fine October day, but we’re going to take a crack at it anyways. There’s a lot of scientific news being tossed around, if that’s your sort of thing. We’re all guilty of reading about some new study, statistic or survey that reveals a surprising fact. Let’s not lie to ourselves. We’re gamers, but we’re also extremely studious. On our previous gaming round-up, we had Chloë Grace Moretz speaking out about discrimination against female gamers, a FIFA player meeting his online teammates for the first time at his own wedding and a streamer known as DeanoBeano trumping us all with snipe shots performed using a recorder. Yes, you read that right. A recorder.

This time around, we have some mind-blowing science, the latest additions to Amazon Prime Gaming’s November catalogue and some juicy gossip about the God of War spoilers leaks. All that and more awaits, so pause those games, save those files and discard those snacks. We’re going in.

Remember how our parents used to tell us that if we watched too much television, our eyes would turn square? Or how about the age-old myth that video games make people violent? Well, to that, we say “ha!” Studies have revealed for generations that video games aren’t inherently dangerous, nor do they cause disastrous effects on gamers. In fact, according to TheVerge, a new study reveals data that doesn’t disprove any side effects of playing video games, but gathers data to show that children who game more frequently actually score higher on brain tests. “This study adds to our growing understanding of the associations between playing video games and brain development,” said Nora Volkow, director of the National Institute on Drug Abuse, in a statement from NIH themselves.

One of the hottest news topics to come from the last few days, God of War spoilers have leaked online. The unexpected leak has gamers fleeing from social media to avoid major plot points being ruined for them. God of War: Ragnarok is set to release on Nov. 9, 2022, so with several weeks remaining before launch, it’s understandably frustrating to have some segments of the game spoiled in advance. After the fandom have waited nearly half a decade for the upcoming title, it was a saving grace that a cautionary tweet deterred gamers from potential spoilers, saying “I’m hearing there’s around 60+ screenshots with huge story spoilers in them and more.” For anyone just hopping on the God of War news train, you an rest easy knowing that a fellow gamer has your back.

That’s all folks! Be sure to check in next time for even more gaming news.