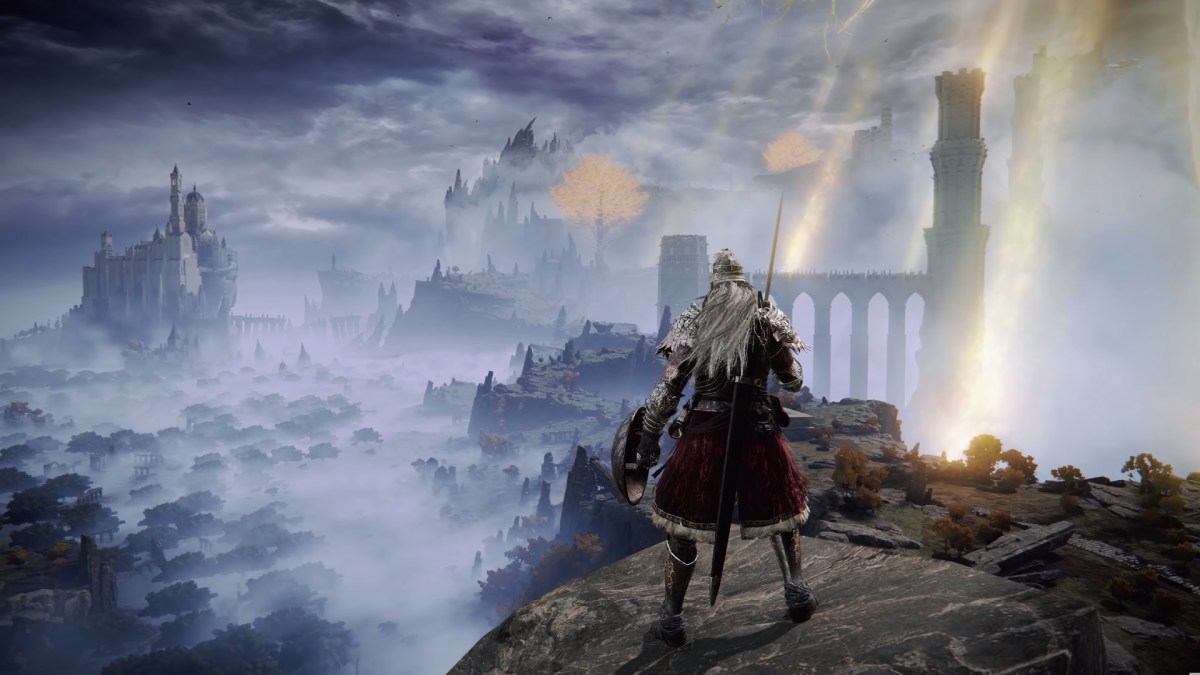 Gamers are still processing the eventful night of The Game Awards 2022, where Elden Ring took home the Game of the Year trophy and with God of War Ragnarok between them, the two scooped up most of the accolades. There were a ton of announcements and world premieres too, including sequels aplenty for Star Wars Jedi: Fallen Order, Hades, and even Hideo Kojima’s Death Stranding, though we already knew the latter was getting a follow-up thanks to Norman Reedus.

While the internet folk rack their brains trying to figure out the connection between Elden Ring and Bill Clinton — and yes, you read that correctly — we try to digest some of the things we watched last night and consult their creatives over what they mean. Hidetaka Miyazaki, for instance, has told fans that they can expect even more DLCs from their GOTY after the free Colosseum update, while Hideo Kojima clarifies the naming game for Death Stranding 2 and its weird stylization at the ceremony.

As for Xbox, which was discernibly absent from the festival, Aaron Greenberg has assured costumers that the company has huge plans for 2023. Last but not least, the actor behind Jedi Knight Cal Kestis in Star Wars Jedi: Fallen Order and Jedi: Survivor discusses where the story will go next. Check out all of these and more in today’s roundup of gaming developments.

Hideo Kojima has huge plans for the anticipated Death Stranding sequel. We’ve known for a while that the game has been in development, but it seems that with the original title all but predicting the devastating Covid-19 pandemic, the creative was forced to re-write his story from the groundup.

As many of you may remember, Death Stranding had a pretty definitive conclusion, so Kojima simply calling the next game Death Stranding 2, or more precisely, DS2, might come off as a bit confusing. Fortunately, the legendary Metal Gear creator has cleared up these confusions by confirming on Twitter that DS2 is just a working title, and subject to change in the near future.

Unlike Sony and Nintendo that bagged awards left and right and announced new teasers, Microsoft was conspicuously absent from The Game Awards 2022. We’d even half-expected to see Todd Howard on that stage with a new showcase for Starfield, but alas, the Xbox team kept a low profile throughout the night. To mitigate concerns, Xbox boss Aaron Greenberg has claimed that the company has massive plans for 2023. And with them, maybe next year’s Game Awards will go better for them with the full might of Bethesda Softworks and Activision Blizzard backing up their line-up.

“We have a lot planned to show and share about an incredibly exciting year ahead for 2023,” Greenberg wrote on Twitter. “Appreciate folks are eager to learn and see more. Timing is always key, but don’t worry you will not have to wait too long for what’s next from us.”

After months of speculation, those strange colosseums in Elden Ring will finally open their doors to players in a brand new free update, but now that Miyazaki’s acclaimed RPG won Game of the Year at TGA 2022, the team is doubling down on these efforts and committing to even more DLCs in the future.

Accepting the trophy last night, Miyazaki said that “we still have several more things we want to do” and “getting this Game of the Year award really encourages us.” Frankly, we always knew that there’d be more from the Lands Between. The Elden Ring map is the most expansive world FromSoftware has ever created, and with the game performing great commercially and going down as one of the best in the history of the medium, the Japanese dev is simply not going to let this opportunity swing by without making the most of it.

Cameron Monaghan says this is a “darker time” for Cal Kestis, and that’s saying something

Cal Kestis is officially returning in Star Wars Jedi: Survivor, which takes place a few years after the events of the original game. Respawn has obviously expanded on every element that made Fallen Order such a massive hit, and that includes a darker take on the galaxy far, far away narrative. GameSpot recently sat down with Cameron Monaghan to discuss Cal’s arc in this forthcoming installment, and he teased that the story is going to get darker, though the protagonist has also matured to a point where he can play in the Jedi big league.

“First of all, a lot of us get older, but we don’t necessarily get wiser (laughs), so you are assuming that he gets wiser,” he joked. “But I do think Cal has matured in a lot of ways as a character. His decision-making has been changed by his situation primarily. It is a darker time in the universe than has ever been for Cal, and so he is having to make decisions that are harder than anything he’s had to make up to this point. Because of that, we’re seeing someone whose perspective and worldview has been shifted by the world around them.”

The reception to the Forspoken demo is mixed, but you should still give it a try

Forspoken is one of the most anticipated games on the horizon, and not just because it’s a role-playing fantasy open-world that offers you the mage combat of your dreams. During last night’s Game Awards ceremony, Sony put up a free PlayStation 5 demo of the game on their store — which you can get from here — but if the first impressions are anything to go by, Forspoken will end up splitting players down the middle. Some are calling the game a smooth action RPG sandbox with a complex combat system, while others feel like this will be just another empty open-world like the ones Ubisoft and several other prominent publishers currently churns out every year.

Of course, the demo only offers a limited experience, so maybe the complete game, intended for release on January 24, 2023 as a PlayStation 5 and PC exclusive, will change people’s minds.

That’s all for now, but tune back in tomorrow for another roundup and even juicier updates.