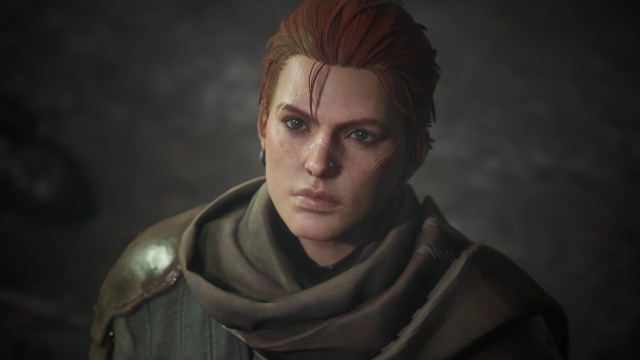 It’s that time again. What could await us in the magical realm of gaming? Last time, we flexed our biology muscles with reports of heart arrhythmias occurring from overexposure to multiplayer war games such as Call of Duty. While many children suffered cardiac arrest, studies had revealed undiagnosed heart conditions among family members. Elsewhere, BIPOC gamers were taking a stand against racism in gaming by founding Melanin Gamers and ‘The Watch’ project, which encourages anyone experiencing or witnessing virtual racism to report it immediately. Further outfield, the ‘Among Us’ VR beta closed in for a Nov. 10 release.

In today’s news round-up, you’d be surprised to learn which mid-twenties American actress wants to star as a bunny girl, meanwhile, PlayStation has gifts galore in time for Halloween and up-and-coming game developers launch their debut project. But enough chit-chat, let’s skip the entrée and get straight to the main course. As always, pause those games, save those files and discard those snacks. It’s time for our heroic plunge into the chaotic world of gaming.

25-year-old Chloë Grace Moretz isn’t the actress that one would imagine starring in a video game. Beginning as a child actor with roles in The Amityville Horror (2005), and the drama series Desperate Housewives (2006–07), Moretz had her breakthrough performance in Kick-Ass (2010). From there, she made a name for herself in Hugo (2011), Dark Shadows (2012) and reprised her role in the Kick-Ass sequel, Kick-Ass 2 (2013). Proving that celebrities really are just ordinary humans like the rest of us, Moretz has shared her life-long dream to become a bunny girl, ideally in a fantasy setting such as Final Fantasy XIV and Cyberpunk 2077.

Several tweets and social media uploads have established Moretz as an avid gamer. She often shares an enthusiasm for games such as Modern Warfare or Call of Duty, which gives her personality some distinction from the fast-paced life of an actress and makes Moretz more relatable as an untouchable actress than one might think.

Right on schedule, Sony has announced its monthly catalog of content for PlayStation Plus subscribers. Right in time for the spooky season, there’s plenty to indulge in while feasting on some Halloween candy.

Headlining the new additions is Grand Theft Auto: Vice City, the definitive edition, which was previously remastered for PS4 and PS5. Additionally, the Dragon Quest series adds to its roster with several entries. There are even more treats in store for Assassin’s Creed fans as Assassin’s Creed Odyssey, Assassin’s Creed Syndicate, Assassin’s Creed 3 and Assassin’s Creed Chronicles: China, India and Russia are added to the mix. Right on the heels of Supermassive Games’ The Quarry, horror game The Medium promises an eventful Halloween, while anime fans can rejoice as Naruto to Boruto: Shinobi Striker and Hohokum arrive on PS Plus.

Mobile gamers and RPG enthusiasts will have something to celebrate in time for Halloween as Needs Games launches UNDECEMBER, a hack-and-slash ARPG where players aim to become a Rune Hunter with infinite combinations of Skill Runes and Link Runes. While farming for resources and gear, players select constellations to determine their fate, making UNDECEMBER a combination of luck and skill. The game’s official website has the rundown on the complex yet fascinating story as well as a whole gallery of images to market the gameplay and visuals, both of which appear to be extremely smooth and satisfying, especially by the standard of limitations of a mobile and PC game. Progress through challenges, earn rewards, rally friends for a multiplayer raid to conquer boss monsters, and trade farming items to maximize efficiency and value. UNDECEMBER is available to download on Android, iOS, or Microsoft Windows.

And there we have it, another gaming news round-up in the bag. Stay tuned for more exciting developments in the ever-changing gaming universe.