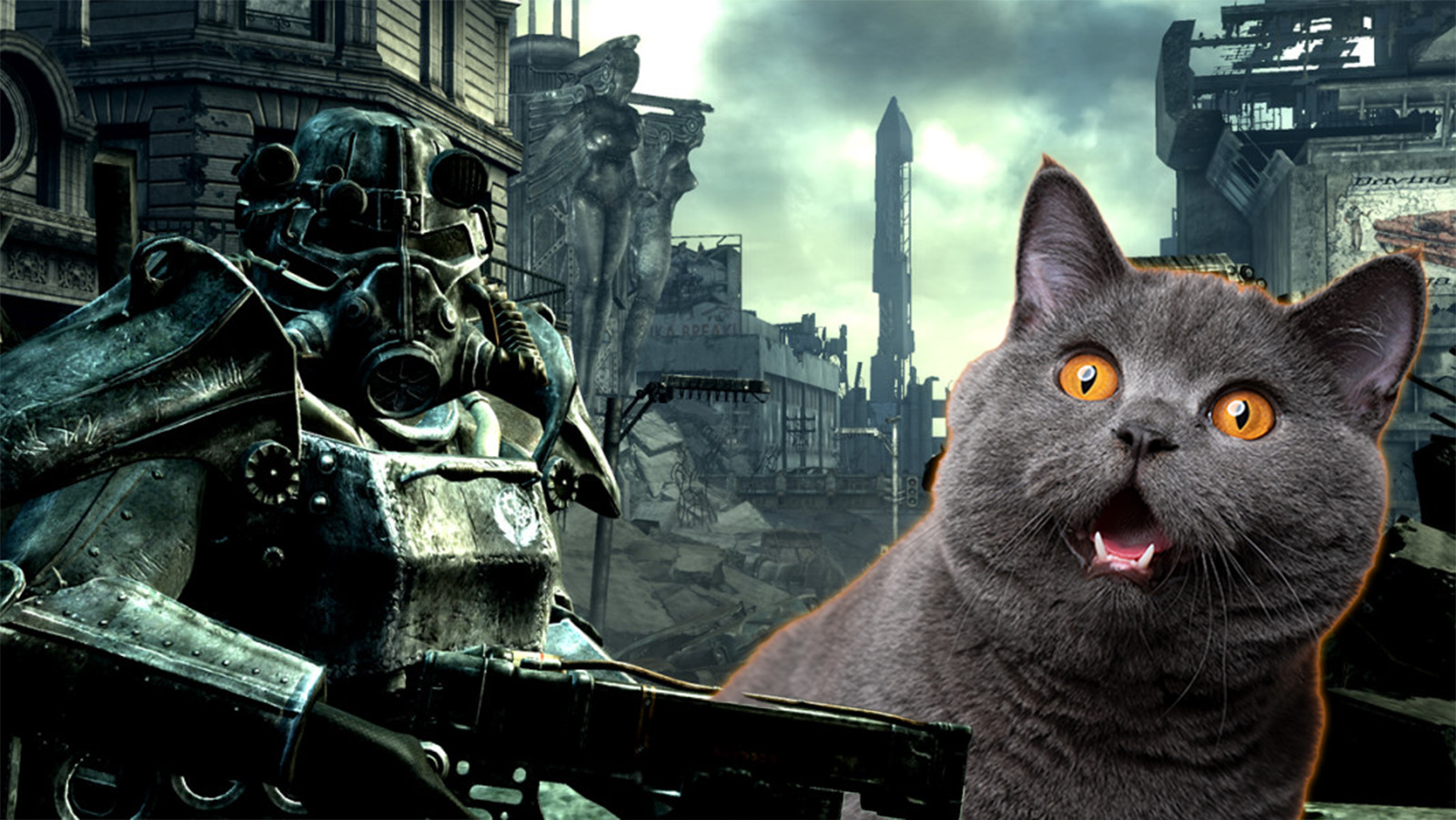 One of the greatest inconsistencies in the Fallout canon is how exactly cats still exist in the post-apocalypse, with lorebeards at odds with each other constantly.

Fallout 2 set up no cats existed after the bombs fell in 2077, but two mainline instalments later in 2015’s Fallout 4, cats are very much living their best life in the apocalypse. Even as recently as 2010’s Fallout: New Vegas it’d been theorized by Mr. House all felines had gone extinct. This leaves a big question in the view of fans: what is actually going on?

Perhaps there’s a very simple explanation which ties in well with human nature and the dreary landscape of the apocalypse. Their survival has hinged on the first Vault dwellers wanting to take their cats with them, and reflects the differing levels of radiation across the American Wastelands.

A cat would very likely not survive in the dry heat of the Mojave Wastelands, explaining why Mr. House believes them to be completely extinct during New Vegas. Contrast it with the far greener and more hospitable Commonwealth of Boston, cats would easily get around such a world.

Fallout 4 saw cats in several places, and even allowed players to adopt cats to roam around their rustic settlements thanks to a DLC pack. An entire quest even begins in the game with the player being tasked with finding a runaway cat named Toro. In addition, a cat can be found in probably the only school in all of the Wasteland located in Diamond City.

How cats haven’t gone the way of feral ghouls is unclear, but some would argue hairless cats are the ghouls of the real world.

A live-action Fallout series is currently in the works from Amazon, with it expected to be set in the west coast.