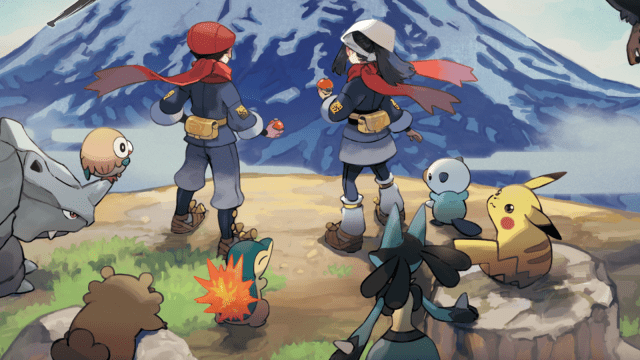 Just a couple of days after Nintendo fans called for a Switch Pro to be released due to technical issues related to Pokémon Scarlet and Pokémon Violet, gamers are now pointing the finger at developer Game Freak.

Just a day after the release of the games, players are continuing to find some rather strange glitches, prompting “Game Freak” to trend on Twitter.

“Bold Choice for Game Freak to switch Pokémon to the horror genre,” one user wrote while highlighting a glitch that looked like a scene from a David Cronenberg movie.

“Pokémon would be the coolest shit if Game Freak could actually be given resources and time to make the game they likely want,” another commentator wrote while sharing a montage of some of the game’s lowlights.

“Game Freak be like that’ll be $60 + taxes,” another Twitter user wrote while sharing a pixelated video of Spongebob Squarepants.

Another Twitter user raised the possibility that perhaps Game Freak was actually subjected to crunch culture and that we shouldn’t be so quick to judge.

“I feel so bad for the developers at Game Freak tbh” one commentator wrote.

One user agreed, “this is painful to watch.”

It was another user’s assessment that it’s not the Nintendo Switch hardware that’s at fault, as evidenced by great-looking titles like Kirby and the Forgotten Land and Mario Odyssey, but perhaps a lack of bug-testing by the developers.

“[H]ow did game freak make the banger that was legends arceus and then release this hot garbage,” another Twitter user wrote.

One commentator imagined Snooki from Jersey Shore must’ve been one of the bug testers behind the scenes.