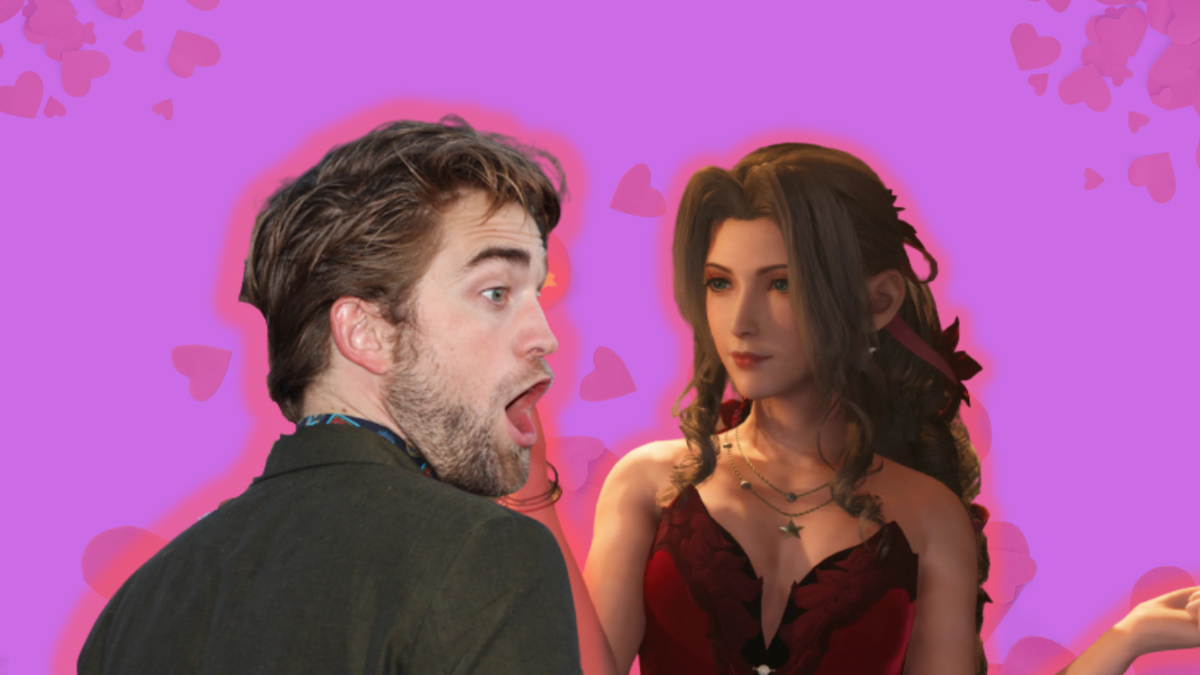 Robert Pattinson has won gamers over with his adoration for Final Fantasy 7 after a clip surfaced online of The Batman star explaining to costar Zoë Kravitz how the game taught him what it means to be in love.

During an interview with French outlet Clique X to discuss their time filming The Batman, the conversation strangely turned to video games. Pattinson then explained to the interviewer that his time playing Final Fantasy 7 was the first time that a game had bought him to tears to which the interviewer could relate.

While Kravitz wasn’t familiar with the game, Pattinson did his best to explain the premise, which she didn’t seem too amused by.

“It’s a love triangle where Aeris, she’s like the really kind girl who has superpowers to heal everyone and make everyone better, and then Tifa — she’s like this sexy little thing who’s a thief and wears a short skirt. And you’re like, ‘I can’t decide!’ And then, Aeris, right at her peak, she gets killed.”

“This is how every guy figures out what love is.”

The clip of Pattinson showing off his love for the game went semi-viral on social media as fans responded sharing that it has only made them like him even more.

Both Pattinson and Kravitz are gearing up to launch The Batman in theaters on March 3. Early reviews for the movie have been overwhelmingly positive and, with a new spin on the character, it seems the stage is set for a fresh Batman revival.