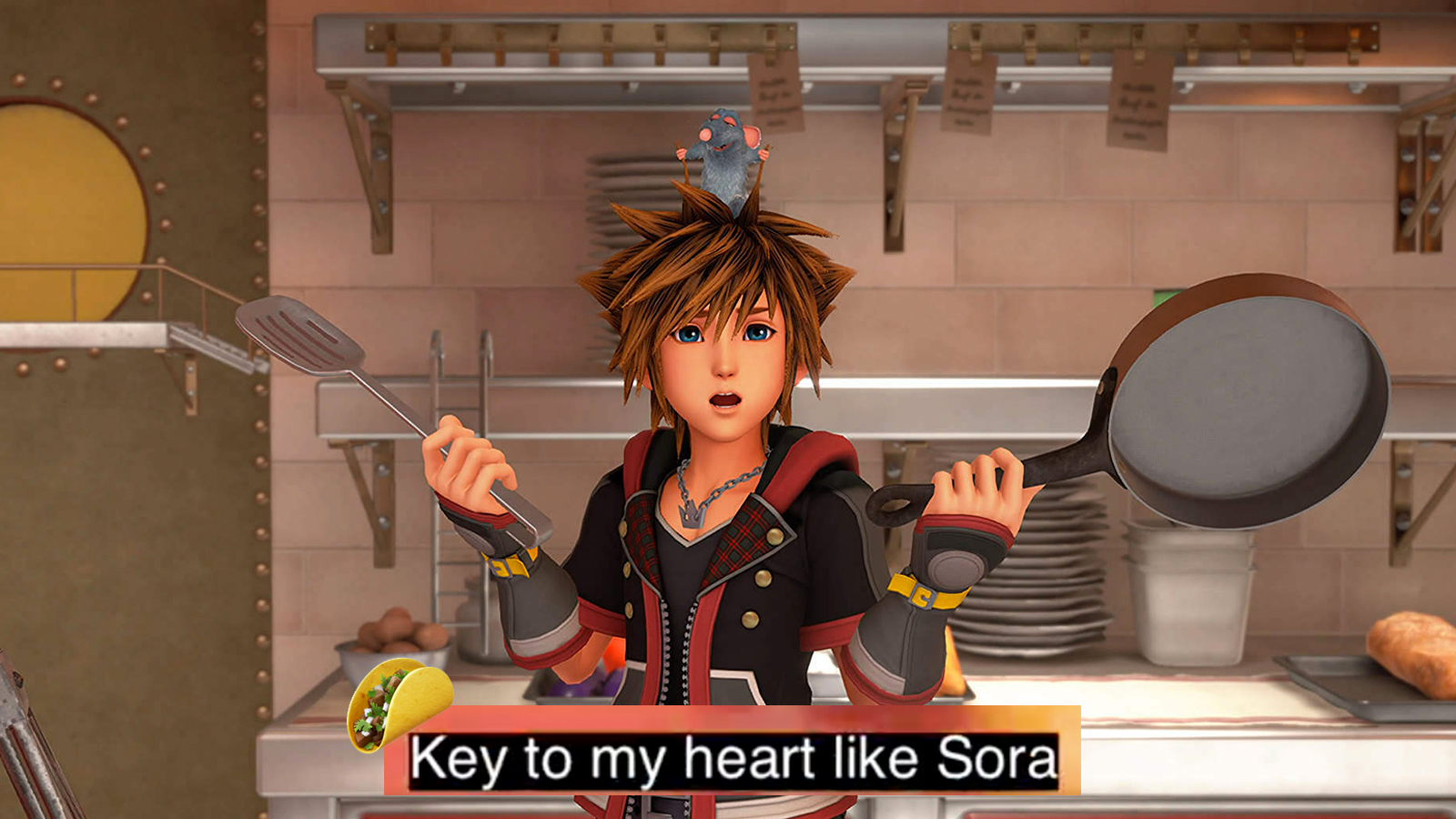 Kingdom Hearts fans are goofily claiming Sora will have a part-time job in Kingdom Hearts 4 after he was name-dropped in a *checks notes* Taco Bell ad.

Taco Bell released the ad on Sunday. It featured a rapper mentioning Sora and his iconic keyblade in the jingle.

“Me and my posse pulled up. I placed a pick-up order. Yeah don’t forget the soda. We eating out our order. Key to my heart like Sora.”

The “posse” obviously refers to Donald and Goofy. The Gummi Ship definitely has an in-built Uber Eats feature. Change my mind? You can’t. There’s no concrete proof to say they don’t have this.

Forget all the theories about that epic Kingdom Hearts 4 reveal trailer. Fans jokingly speculated on Twitter the ad hinted that Sora will be able to work a part-time job to make some quick and extra munny. Mexican Pizzaworld, here we come.

“So does this confirm that Sora is gonna work at Taco Bell in Kingdom Hearts 4,” asked one fan.

Others were in complete disbelief.

“You have got to be fucking me on this one right[.] They did not just name drop Sora on a Taco Bell “Mexican Pizza” ad of ALL things.”

One fan noted the reference proved the franchise had become a household name internationally.

“[Kingdom Hearts 4‘s launch] is gonna be fucking huge and I’m so excited. I never realized just how much of a household name Kingdom Hearts has started to become in the world until we got a Sora namedrop in a Taco Bell commercial.”

This next Tweet sent me to Oblivion: “Welcome to Taco Bell, how may I take your Sora?”

Not much is known about the next Kingdom Hearts game, other than it seems to be more realistic looking. Perhaps this Taco Bell ad is supposed to be a tie-in to the game, with another restaurant mini-game just like in Kingdom Hearts 3.