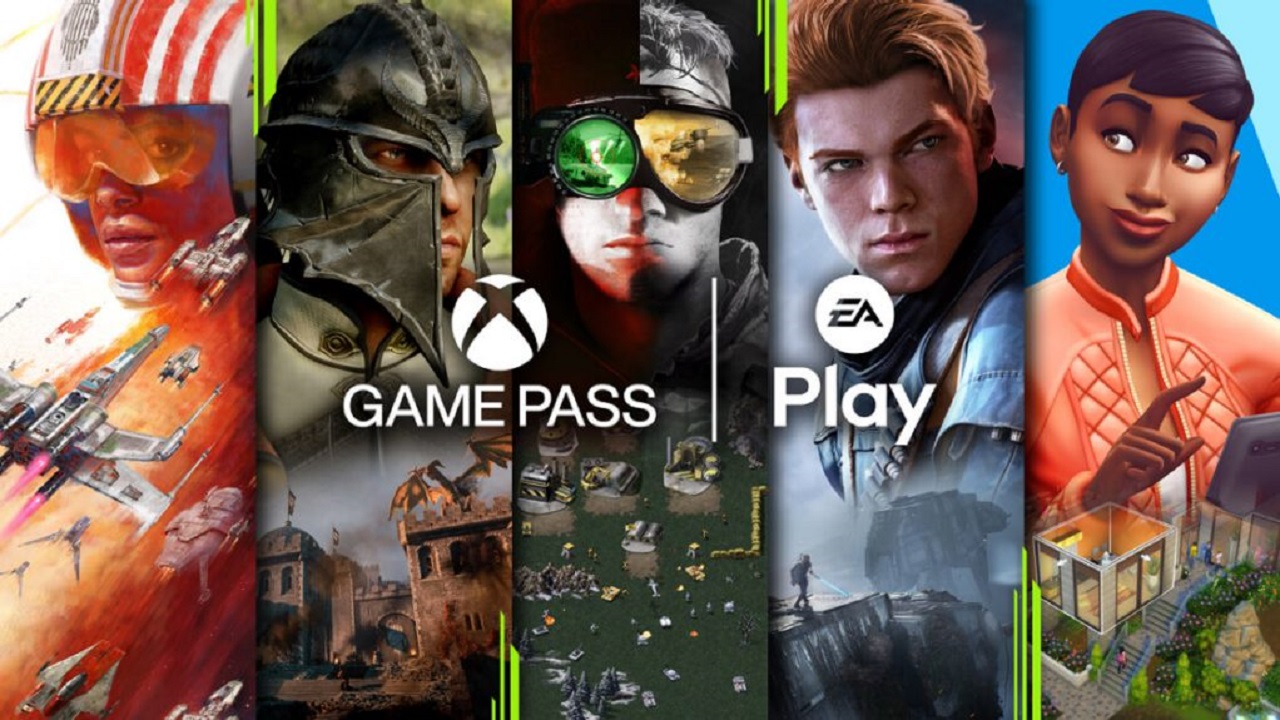 One of the perks of getting the slightly more expensive Xbox Game Pass Ultimate plan as opposed to the standard Xbox Game Pass subscription is access to EA Play’s extensive library of triple-A titles readily available to Xbox and PC users thanks to Microsoft’s deal with the eponymous gaming juggernaut.

Game Pass now boasts a library of more than four hundred titles, with newer games being added on a regular basis. Most of these works don’t belong to Xbox, but rather join the platform as a result of licensing deals with big publishers like Electronic Arts. EA probably has the most diverse offering of titles on the service, and even now, you can play some of the company’s most recent acclaimed products by simply buying or extending your membership on the live service.

Of course, we all know that too many choices often lead to no choices at all, so we’ve decided to make a list of the best EA Play games you could download and experience for free on the platform right now. Below you can find titles from some of the most well-known franchises in entertainment history, if not the most universally acclaimed, and at times, revolutionary to the gaming industry at large.

While these titles are not among the best the series has to offer, not by a long shot, they still give fans a plethora of amazing gameplay mechanics and a myriad of customizing choices to play around with, not to mention the overall spirit of Need for Speed still resonates in each installment, something that you couldn’t hope to get from other acclaimed series like Sony’s Gran Turismo or Microsoft’s Forza Horizon.

The Mirror’s Edge series follows the story of Faith Connors as she traverses a futuristic city by parkouring her way through almost every obstacle. The game is the very definition of sandbox exploration, giving players the opportunity to truly live out their parkour fantasies and then some from a first-person viewpoint.

Mirror’s Edge: Catalyst is the 2016 sequel to DICE’s acclaimed platformer, and though it has improved on several aspects of the original, many fans still prefer the first game, if for nothing other than the fact that the devs poured a lot of passion into it, whereas Catalyst almost feels like a commissioned follow-up.

Ultimately, though, if you’re a fan of parkour and immersive first-person experiences, then the Mirror’s Edge is one of the best products out there to quench that thirst.

World War I is a frontline that few first-person shooter developers have dared venture. Because who would want to use a Lee-Enfield when you can wreak havoc in the trenches with an M1 Garand?

And yet, DICE managed to create a truly timeless experience with Battlefield 1. As has been the case with FPS games in recent years, there isn’t much to be said of the title’s single-player campaign, consisting of six short “War Stories” that each put players in the shoes of a war hero. Battlefield 1‘s multiplayer is where the game truly gets the chance to shine, giving competitive players a seamless World War I experience with all the right aesthetic choices. The gunplay is also very satisfying, combining the charm of the franchise’s shooting mechanics with freedom of choice on the field.

If you’re understably disillusioned with Battlefield 2042 but miss the rush of realism one gets when playing DICE’s long-running FPS franchise, then waste no time diving into Battlefield 1.

The 2017 Star Wars game may have been the first game in history to cost EA two billion dollars in share values, set the Guinness World Record for the most downvoted comment in Reddit, and disrupt the Wall Street stock trade, but to give credit where credit is due, developer DICE vowed to turn that frenzied whirlwind of controversy on its head. And in just one year, they transformed one of the most controversial games in history to one of the best galaxy far, far away experiences that the video game industry has to offer.

From prequel era maps like Kashyyyk to Naboo to Geonosis, and original trilogy settings like Endor, Mos Eisley, and the Death Star, you can jump into a fighter jet or pick up a blaster and compete your way through Battlefront II‘s refined and polish Star Wars experience. Whether it’s space warfare, ground skirmishes, and even thrilling lightsaber duels between players, this game has it all.

Titanfall was a sci-fi military shooter developed by the brilliant minds behind Infinity Ward’s Call of Duty games, more specifically the universally-acclaimed and best-selling Modern Warfare subseries. The sequel is basically everything you loved about the original game — including fast-paced gunplay, smooth parkour, and exhilarating tank combat — but optimized in every way imaginable.

To top it all off, unlike its predecessor that lacked a single-player campaign, Titanfall 2 offers a very compelling narrative that’s everything Call of Duty: Infinite Warfare wished it could be. So, even if you’re generally not a fan of competitive multiplayer, you can experience the joy of blasting futuristic soldiers off with a variety of cool Titan weapons and gadgets.

This brilliant puzzle game from Coldwood Interactive centers around Yarny, a small creature made out of red yarn. Using yarn from his body, Yarny traverses a world where every object is colossal compared to his tiny size. You must use Yarny’s threads of yarn to explore the world, solve puzzles, and face clever environmental challenges. As Yarny moves through the game world, its threads unravel and players have to figure out how to untangle him and continue the journey, hence the name of the game.

Unravel Two introduces another Yarny to the game, this one blue, and grants fans the opportunity to play in local co-op multiplayer mode. Of course, you can still experience the adventure in single-player by switching between the two characters whilst solving the puzzles, but get another controller out and invite a friend or family member over if you wish to get the ultimate Unravel experience.

Star Wars meets Dark Souls meets Uncharted in this ambitious new take on the galaxy far, far away. Fallen Order realizes some of your biggest Star Wars fantasies by giving you control of Cal Kestis, a Jedi padawan on the run from the Empire and Darth Vader’s vicious Inquisitors.

Players can use a variety of lightsaber techniques and Force skills to pave your path to victory, though the game’s combat can be a bit punishing due to the sheer variety of enemy types and the fact that they respawn much in the same way mobs in Dark Souls do whenever you reach and activate a checkpoint.

Fans always expect a middling story when it comes to adaptations of this kind, but Fallen Order actually delivers a compelling narrative against all odds; one involving a Jedi padawan conquering his fears and accepting his destiny as a light-side warrior, which, when it comes right down to it, is the essence of every good Star Wars story.

It’s not just director Josef Fares’ unyielding adherence to a “no bulls—t” policy that makes his games a unique and praiseworthy experience, but it sure helps them get there. It Takes Two is yet another puzzle platformer by Electronic Arts, but one that’s infinitely more complex than Unravel.

Cody and May are getting a divorce, but their daughter is having a hard time coping with that reality. She makes dolls of her parents, but when her tears land on the dolls, Cody and May are forced into them. The couple now have to cooperate with one another and try to reach their daughter in their tiny miniature-sized bodies, which takes them on an adventure unlike any other.

The game mixes a myriad of different genres to always keep players on their toes, with each gameplay section differing from the one that came before it in uniquely creative ways. The only catch is, you can only play It Takes Two with another person since the game is fundamentally designed with split-screen co-operative multiplayer in mind.

If you’re a fan of high fantasy literature and itching to get to your next D&D session, then BioWare’s popular and celebrated Dragon Age franchise will be right up your alley. The game takes place in the fictional world of Thedas, populated by a variety of different races and species. The story has its own political climate, not to mention a meticulous lore that can give a lot of high fantasy worlds a run for their money. BioWare has also taken a lot of influence from Robert Jordan’s The Wheel of Time, so you’ll know the worldbuilding isn’t cutting any corners when it comes to backstories, characters, and even a cohesive magic system.

Dragon Age: Origins was the first game in the franchise, followed by Dragon Age 2 and Dragon Age: Inquisition, which won the Game of the Year award in 2014. The freedom of choice in interacting with characters and building your own story makes this franchise one of the most revolutionary role-playing games to ever come out, and we can’t wait for BioWare to release the hotly-anticipated next installment in a few years’ time.

Owing to its meticulously researched, intricately designed, and compellingly written world and narrative, Mass Effect has gone down in history as one of the greatest video game trilogies of all time, with the second game in particular always finding its way to lists of top 10 video games of all time.

The story takes place in 2183, in an era where humanity has joined a galactic community of different alien races. As Commander Shepard — an officer in the Alliance military responsible for safeguarding mankind’s interests in the Milky Way — you confront the cataclysmic threat of the Reapers, a race of highly advanced machines that wipe out the entire galactic civilization every 50,000 years.

Mass Effect: Legendary Edition, the remastered version of the three games comprising the Shepard saga, came out in 2021 for PlayStation 4, Xbox One, and their current-gen counterparts, which means that you can now relive the legend of Commander Shepard and the crew of Normandy in 4K on Xbox Game Pass.