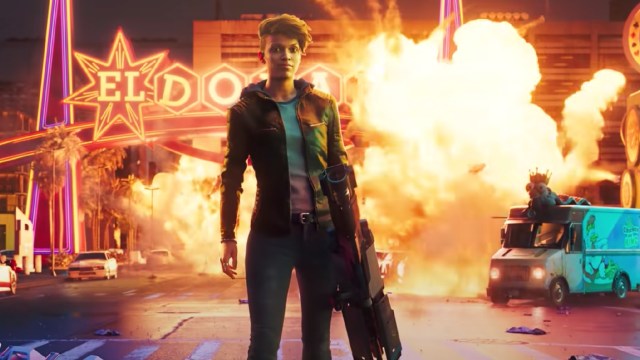 A new entry in the Saints Row franchise is ramping up for release, and it looks to be the best yet.

The game serves as a full reboot of the franchise, rather than a fresh entry in the existing storyline, which is sparking questions among a number of its longtime fans. While trailers have made it clear that gamers shouldn’t expect characters like Shaundi or Gat to return in the new game, questions about its setting are rampant. Will the game maintain settings from old titles, and take place in Stilwater or Steelport, or will players traverse a brand new city in the 2022 release?

Where does the new Saints Row take place?

The upcoming Saints Row game aims to avoid rehashing any of its old storylines, and thus will not take place in any existing cities. It will also deviate from the directions taken in Saints Row IV or Gat out of Hell, and will not set its action in space or the abyss of perdition, leaving it to introduce players to a brand new city.

The new Saints Row will take place in a city called Santo Ileso. The name of the city may bring back GTA vibes for fans of the similarly-styled franchise, which often sets its stories in southern American states with names like San Andreas and Los Santos. The switch-up on Saints Row’s part could be a coincidence, a purposeful nod, or a competitive slight, but it definitely brings the GTA franchise to mind.

It makes sense for the Saints Row reboot to completely switch up its setting, so as to avoid confusing fans. There’s also the fact that, in the wacky and rather confusing previous Saints Row canon, the Earth no longer exists. It was destroyed by an alien named Zinyak. Without a full reboot, this particular plot line would get in the way of establishing a believable setting on the only planet most gamers are familiar with. While there is the opportunity to restore the Earth at the conclusion of the fourth game, far from every player accomplished this particular task.

Gamers with their sights set on the new Saints Row game are headed into what is likely to be a brand new experience, with high hopes that broad elements from the existing titles maintain. We still want the delightfully absurd plot points and occasionally outlandish quest, but with a bit more structure and realism this new title could rise above its predecessors as the best entry in the Saints Row franchise.