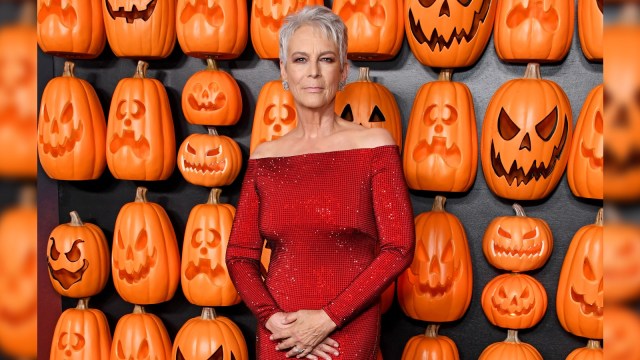 Curtis, the daughter of movie stars Tony Curtis and Janet Leigh, first rose to prominence amongst casual movie-goers by starring in her debut feature film, John Carpenter’s Halloween in 1978. Since then, Curtis has carved out a critically-acclaimed career that has included the acclaimed comedy A Fish Called Wanda, James Cameron’s action romp True Lies, and the beloved teen comedy Freaky Friday. Despite a great number of high-profile roles, Curtis boasts a number of hidden gems in her filmography, as well.

Sometimes it isn’t a horror film or zany comedy that Curtis shines in, but a well-executed drama grounded in realism, strong performances, and steady direction. That is exactly what you get with Dominick and Euguene, a story that focuses on twin brothers — one of whom has an intellectual disability from a childhood accident — and their sometimes strained relationship. The film stars Amadeus actor Tom Hulce and Goodfellas star Ray Liotta as the titular siblings. Curtis portrays the role of Jennifer, a medical student and budding love interest of Liotta’s Eugene, who is studying to become a doctor while Hulce’s Dominick works as a garbage man to put him through medical school.

With David Gordon Green’s Halloween, Curtis returns to her first film role as Laurie Strode, who has become a badass survivalist over the years since the first movie took place. The 2018 film, which serves as a direct sequel to John Carpenter’s 1978 original (we’ll get to that), proved Curtis’ star power still shines brightly, especially in a movie that takes a beloved horror franchise back to basics. The long-awaited stand-off between Laurie and her nemesis, Michael Myers, proved so successful, it has spawned its own trilogy with Curtis again returning each time.

Daddy and Them — which was written, directed, and starred Billy Bob Thornton — did not release to theaters, but premiered on the premium cable TV network Showtime in 2003, according to ScreenDaily. That may have been a disservice to the movie, considering it boasts an incredible ensemble cast that includes not only Curtis, but Laura Dern, Andy Griffith, Ben Affleck, country-folk singer John Prine, and Jim Varney’s final on-screen film performance. The comedy-drama focuses on an unlikely family reunion in America’s Heartland with a colorful array of dysfunctional characters.

Freaky Friday is one of the rare movie remakes that surpasses the original film on which it’s based. The 2003 Disney-produced Freaky Friday, based on a 1976 movie of the same name, co-stars Curtis and Lindsay Logan as a mother and teenage daughter, respectively, who switch bodies. Thus, the consciousness of Curtis’ over-worked Dr. Tess Coleman finds herself inside the body of her teenage daughter, Lindsay Logan’s Anna Coleman, and vice versa, despite the pair previously not getting along. What you have is a modern classic family film that both Curtis and Lohan have recently signaled they’d be open to doing a sequel to. You can currently watch 2003’s Freaky Friday on Disney Plus.

The Eddie Murphy and Dan Akroyd-starring comedy Trading Places owes a lot of the comedic energy in the movie to its two lead stars and Saturday Night Live alumni. The story about a millionaire and a lowly con man who switch places based on a bet also garnered considerable attention for Curtis’ role as Ophelia, a prostitute who helps Aykroyd’s formerly elite Louis Winthrope III, which won her a BAFTA Film Award.

A thriller that embodies the definition of “cult classic,” the Australia-produced Road Games was a box office flop in theaters in both its native country and the U.S. upon release. A small but loyal fanbase, however, has never forgotten about it and its subsequent home media releases on VHS and DVD. Though both those standard-definition media releases were subsequently discontinued, a 4k-restored Blu-ray was eventually released in 2019. You can also currently watch Road Games, which stars Curtis as a hitchhiker who teams up with a trucker to track down a serial killer, on Roku for free.

Decades after beloved roles in cult comedies like Trading Places and A Fish Called Wanda — as well as proving her action movie chops opposite Arnold Schwarzenegger in True Lies, a film that narrowly ranked out of our list — Curtis once again proved her chops when it comes to portraying absurdly over-the-top characters in Everything Everywhere All at Once. In the mind-bending film that is like a mixture of The Matrix and Kung-Fu Hustle, Curtis plays the uptight IRS auditor Dierdre Beaubierdre, who starts out as the main antagonist opposite Michelle Yeoh’s laundromat owner Evelyn Wang. Soon enough Curtis and Yeoh engage in Kung-Fu with each other and have hot dog hands at one point in the multiverse-traversing comedy.

A Fish Called Wanda is a quirky and whip-smart heist comedy conceived by co-star and co-writer John Cleese, of Monty Python fame, and co-writer and director Charles Chrichton in what would be his final film. Curtis plays the titular Wanda in the movie, a femme fatale type of character who attempts to seduce a stuffy lawyer, John Cleese’s Archie Leach, to find the location of his client’s stolen diamonds. The film garnered three Academy Awards nominations, including Best Director and Best Screenplay, with co-star Kevin Kline winning Best Supporting Actor.

It should surprise absolutely no one that the 1978 John Carpenter-directed Halloween, which effectively made Curtis the household name she is today, ranks near the top of our list. While Halloween didn’t single-handedly invent the slasher genre, since films like Psycho (starring Curtis’ mom Janet Leigh) and The Texas Chainsaw Massacre that came before it planted the seeds, the villain known as Michael Myers is still responsible for arguably cementing the sub-category of horror as a fan-favorite. To this day, Cutis’ Laurie Strode — the unassuming babysitter-turned-survivalist-badass — is continuing her epic rivalry with The Shape that will soon see another installment in the saga with David Gordon Green’s Halloween Ends.

Rian Johnson’s Knives Out proved the director may work best in the space of originally-conceived ideas, rather than trying to put his own spin on a franchise, like he tried to do in the world of Star Wars with The Last Jedi. A box office hit based on Johnson’s original screenplay, the star-studded Knives Out is credited by some as single-handedly rejuvenating the whodunit genre. While the film’s main character, Daniel Craig’s private detective Benoit Blanc, is undoubtedly the anchor for the film and burgeoning franchise, the movie’s jaw-dropping ensemble definitely steals the show, including Curtis’ Linda Drysdale, the eldest daughter of a deceased novelist at the center of the mystery, Christopher Plummer’s Harlan Thrombey.