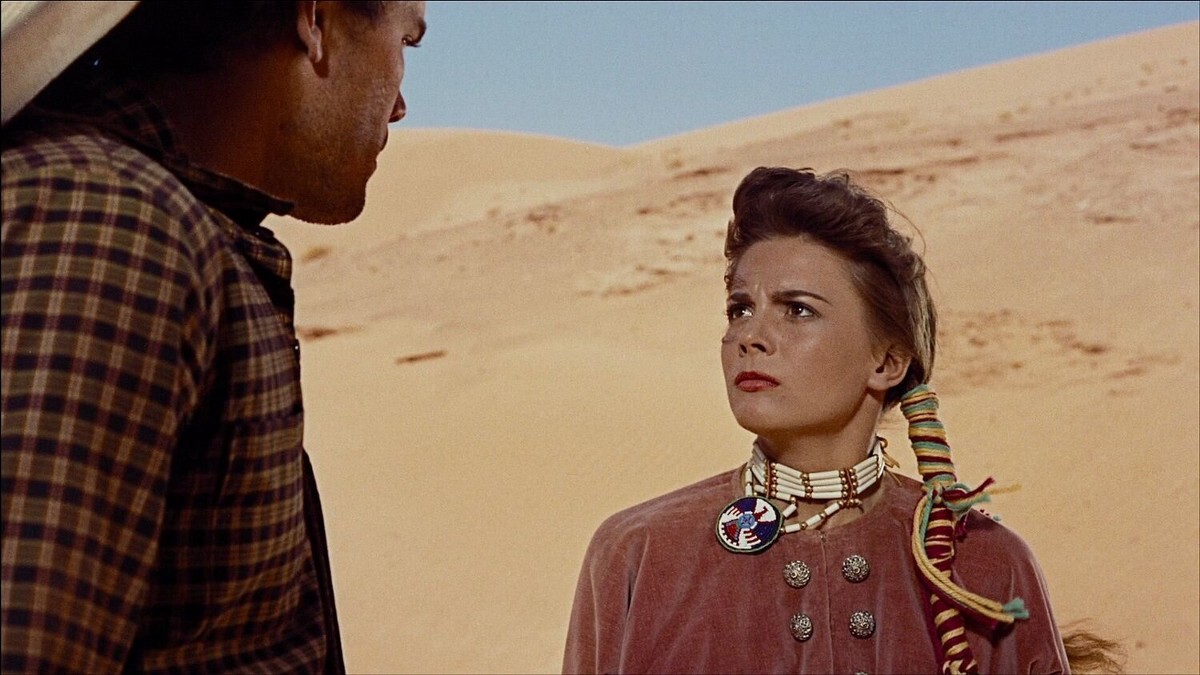 The Bechdel test is the most popular tool for assessing female representation in film. To pass, a movie must have two named women converse about something other than a man. It sounds simple, but nearly half of surveyed films fail. With female faves like The Lion King, Finding Nemo, and Harry Potter and the Goblet of Fire failing the test, it’s easy to assume that virtually all “guy movies” are Bechdel bombs. The following films prove the contrary. Let this be a lesson on not to judge a film’s feminism by its lass-less cover.

A film with “men” in its title is not a safe bet to pass the Bechdel. “Old men” less so. But leave it to the Coen brothers to expertly thread some femininity into the cinematic equivalent of bloody dungarees. Carla Jean is the female lead of this out of control plot involving a botched Texas drug deal and a cattle gun-wielding hitman, and while she’s often the sole woman in the fray, her mother joins for a bus station squabble about prescription pills. It’s not much, but it counts.

Like “men,” if you see “fellas” in a movie title, you’re probably not expecting equal representation. Indeed, Goodfellas is an Italian sausage fest save for a clammy Karen and the mob wives who devour her with demoralizing conversation. The topics include Miami being “Jew heaven” and the drinking habits of a poor, unseen woman named Jeanie. The banter isn’t pretty but it’s Bechdel-approved.

Porky’s is a gratuitous sex comedy considered the peak of ’80s cinematic misogyny. Despite this, many people believe it passes the Bechdel thanks to a minute-long argument between Coach Honeywell and Coach Balbricker. They trade insults before Balbricker threatens to fire Honeywell for “moral turpitude.” The only way the argument could be disqualified is because it’s caused by Balbricker catching Honeywell canoodling with a guy on the stairs. It starts because of a guy, but does it continue being about a guy when Honeywell calls Balbricker a “frigid hippopotamus” and Balbricker threatens Honeywell’s employment? Considering that the man tries to intervene and they literally push him away, we’d say no.

Although it seems straightforward, the Bechdel test can be mired in subjectivity over what constitutes a woman, a man, a named character, and a conversation about a man. In lieu of an amendment to the original definition, Bechdel scholars have expanded the test to cover females and males of all ages, species, and dimensions (cartoon characters qualify), as well as characters unnamed in the film but named in the credits, but this is not without controversy. For example, Joker, a movie so toxically male that the U.S. Army warned that it could inspire incels to shoot up theaters, contains dialog between Arthur’s neighbor Sophie and her daughter GiGi about their apartment building. Because of this conversation, Bechdeltest.com gave the film a dubious pass with caveats that one of the “women” is a child, the undisputed woman is named only in the credits, and Arthur, though silent, is involved in the exchange.

With a heist, gunfights, fistfights, explosions, a foreign villain, and a prime-of-his-career Bruce Willis, Die Hard is the quintessential “man’s movie.” Hell, “man” is in the name of the villain’s actor (Alan Rickman). Yet there’s a spattering of female dialog throughout the film, enough for it to pass the Bechdel. The most qualifying exchange is between Holly Gennaro-McClane and her pregnant secretary Ginny:

Ginny: Thanks a lot, Ms. Gennero. Do you think the baby can handle a little sip?

It can be argued that Ebenezer Scrooge, a fictional man, invalidates the first part of the conversation, but the second part stands because the baby’s sex is never mentioned.

If there’s a movie that shouldn’t pass the Bechdel test, it’s American Psycho, which is about misogyny in its most violent form. However, it qualifies on the tightest of margins. Elizabeth, one of Patrick Bateman’s eventual victims, asks another of his future victims, Christie, if she summers in Southampton. “No,” Christie replies. Though it’s certainly a conversation about something besides a man, the name component is complicated by the fact that Christie isn’t a real name; it was forced on the woman by Bateman. Alison Bechdel couldn’t have foreseen that problem.

The Godfather is often cited as a Bechdel failure because its female characters don’t talk about anything other than (made) men. That’s a falsehood . . . they also talk about bread. While preparing dinner to celebrate Vito’s homecoming, Sandra Corleone walks up to her sister-in-law Connie, who is cutting bread. “Oh, hey, that’s enough bread,” she says to her. “But I like bread!” Connie replies. “I know, but how much can you eat?” Sandra says before the scene ends.

A cut and dry pass. Bechdeltest.com needs to revise its rating.

For obvious reasons, most Westerns don’t pass the Bechdel test. An exception is The Searchers, a 1956 John Wayne-led, John Ford-directed epic considered one of the greatest movies of all time. You don’t have to search long to find man-less dialog between the film’s females, which include Laurie, Debbie, Look, Lucy, Martha, and Mrs. Jorgensen. There are more named female characters in The Searchers than in The Good, the Bad and the Ugly, The Magnificent Seven, Once Upon a Time in the West, and Stagecoach combined.

In contrast to Westerns, horror has one of the highest Bechdel pass rates. Although this may be shocking at first, a cursory meditation on the genre should conjure numerous, scantily-clad girls being gruesomely murdered by predominantly-male psychos. Those girls don’t spend the entirety of their movies getting murdered, though, so until the killer is introduced, they pass the time by passing the Bechdel. Even The Evil Dead, which is so shamelessly sexploitative as to feature a woman being raped by a demonic tree, aces the test via a card came played by the leading ladies before they meet their demise. However, like The Godfather, The Evil Dead is erroneously listed as a failure on Bechdeltest.com.

While we all know that The Human Centipede passes the “Blech”-del test, it also passes the Bechdel. Two of the centipede segments are women, and before they meet their fate, they talk about everything from directions to road conditions to the weather to fatigue to calling a cab. Unfortunately, writer/director Tom Six couldn’t retain that exemplary feminism for the sequel, as Bechdeltest.com gave The Human Centipede 2 (Full Sequence) a fail. Doodoo better.