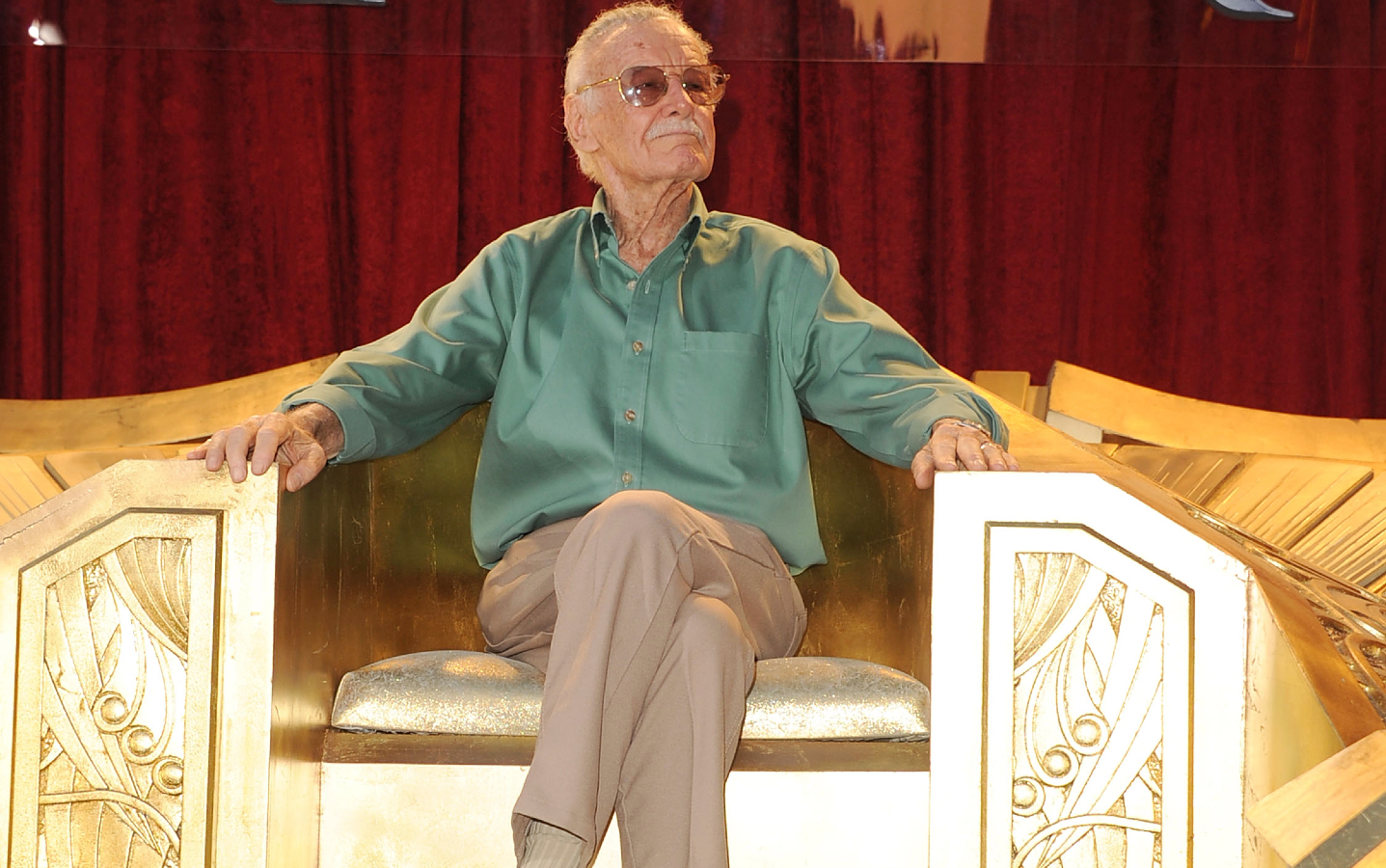 Stan Lee created a monster. Well, quite a lot of them to be exact, as well as a plethora of powerful superheroes.

There was no telling that the Marvel Cinematic Universe would one day produce more money-making movies than just about any other studio out there, but as we all know now, the hits keep coming. MCU might as well stand for the Money Cashing Universe nowadays.

Consider the many, many billions of dollars the galaxy of Marvel films have amassed, even in just about two decades’ time. Some of them have grossed more than $1 billion by themselves. Which Marvel movies reeled in the most money, though?

The numbers don’t necessarily equate to the best Marvel films of all time, as the cumulative effect of storylines, character buildups, introductions to new heroes, and wrapping up timelines makes some movies naturally a bigger draw to a larger audience.

Let’s go through the highest-grossing Marvel movies of all time and what characters or important items we can take away from each. All reported lifetime gross earnings of these films are according to Box Office Mojo by IMDB Pro, through May 24, 2022.

We gotta admit, this came as a surprise! And it’s not just a recent uptick in at-home viewing before and after No Way Home, as the original finale of a Spidey trilogy brought in more than $100 million on opening weekend alone. It’s interesting to revisit Tobey Maguire’s Spider-Man now that he’s been brought back around and introduced not just to the MCU as it is now, but to fans that maybe only really knew Tom Holland’s Spidey trilogy.

Sure, we have a much better Venom character now (maybe Topher Grace comes back as a multiverse villain in some new MCU film?), but it’s now established that just about any Spider-Man or Batman film will get eyeballs no matter what, so it’s not too surprising that fans were clamoring to see what happened after Spider-Man 2.

This is a film that earned more than it has garnered in fanfare, but the introduction of a (way beyond due) female lead in a Marvel movie made history in so many ways. Brie Larson’s journey in the film feels different than some of the other MCU pictures coming out around it, and for good reason other than her take on the anticipated Captain Marvel.

The film actually takes place largely before the rest of the MCU timeline, as it’s set in the 1990s, and it also gave us a divergent storyline from what was going on in the Avengers-heavy releases at the time. Plus, the movie gave us another character to follow and explore Samuel L. Jackson’s Nick Fury much more in depth. Before its release, audiences probably felt that they needed to see this film to be able to know what was going on in the next Avengers movie to come.

Considering that the movie was announced in 2014, there was a lot of time for fans to get excited while wondering when Marvel was going to finally follow through on its first female-led MCU film. We have a feeling that the sequel to come, The Marvels, is going to be unlike anything we’ve seen before.

Technically, this is the last of the Phase Three films, though in most people’s minds that was Endgame. This latest Spider-Man saga just proved that no matter who the leading man is, the series will draw audiences — but the better the lead actor (and plot and execution), the more people want to see a superhero flying around from building to building.

Think how fun it was/is to play Spider-Man video games, and it’s a thrill we’re happy to relive in camera form. In the aftermath of Endgame, fans also wanted to see where the MCU would go next as Iron Man’s protege was set to become a bigger presence in numerous ways.

The premise of Avengers fighting each other wasn’t what fans had come to expect from the MCU, but of course the draw of basically an Avengers film (with so many featured characters) but with hero pitted against hero brought on the now-famous Phase Three.

We all knew that none of the Avengers would kill each other, but animosity was needed to build out the characters while setting up some of the stories to come.

Kicking off Phase Two on the heels of the epic success of The Avengers, the third Iron Man movie in just five years’ time proved that audiences wanted to see more Robert Downey Jr. (the launching pad and bookend of MCU’s first three phases) being eccentric, egotistical, and acting a bit of a dick all while smugly being selfless (kinda).

Black Panther came at a time when people wanted more from not just the MCU, but from everything involved — the characters, the storylines, the world-building, and with some acknowledgement of diversity. The trailers for Black Panther showcased a land like we hadn’t really seen before, with Wakanda looking downright gorgeous and breathtaking.

Chadwick Boseman’s introduction to the MCU as T’Challa gave us all goosebumps before the film even hit screens, since we got to see him in Civil War two years earlier. The technology of, the battle to become, and the methods behind gaining and losing power as the Black Panther were extremely well set up and carried out. Plus, Black Panther came after a string of badass MCU films in Phase Three: Civil War, Doctor Strange, Guardians of the Galaxy Vol. 2, Homecoming, and Ragnarok, so it made the film all the more anticipated and enjoyable.

The sequel can’t come soon enough (Nov. 11), even though, tragically, Boseman is no longer with us.

At times considered the low point of Phase Two, especially following on the heels of Thor: The Dark World and Captain America: The Winter Soldier, Age of Ultron still brought the eyeballs and dollar bills. It’s probably a good thing that the highly likable Ant-Man came out just a few months later, but the lack of familiarity and recognition of Paul Rudd’s character and the poor execution of Ultron probably kept the film from reaching higher heights.

Still, Ultron gave us the love-story-to-be between Wanda Maximoff and Vision, while providing more fodder for those who believe Tony Stark was actually causing way more harm than he was preventing, or that the messes he cleaned up usually traced back to him and his family somehow.

The closure of Phase One was a dandy, with four new MCU superhero titles (and a sequel) introduced in the run-up to the original Avengers flick. This was the ensemble fans envisioned when Iron Man came out in 2008 and was the third-highest grossing film of all-time back in 2012, but now it’s just hanging on inside the top 10 until more Marvel movies likely edge it out.

Though the title suggests the nature of a standalone superhero movie, as we know (and usually love) with the more current Marvel movies, there is always a tie-in, or crossover, or both.

As No Way Home hit theaters last year, the buzz was louder than a swarm of hornets with the buildup of not only multiversal action truly hitting the MCU, but the not-so-secret secret that there would be three Spider-Men in this flick. And it all came true, as the two previous iterations of Spider-Man — Maguire and Andrew Garfield — made their presence felt in the film and as box-office draws.

On top of that, the cliffhanger from Far From Home set the current Spider-Man, Tom Holland, as a villain to the world, and it was teased that several Spider-Man villains would join this film along with Benedict Cumberbatch’s Doctor Strange. It was enough to build and warrant and even fulfill the hype.

Though three other films predate it in Phase Four, it’s pretty well known that this was the one most people were waiting for to really kick the next phase into high gear. We went from integrating multiple MCU stars into one film, on into a series of films, and on to now knowing that any of them could come back at any time and in any form, building plenty of space for theorizing ⏤ and hoping ⏤ ahead of any upcoming Phase Four release and beyond.

The Avengers series has two of the top five, three of the top nine, and four of the top 12 grossing films of all time.

After a three-year wait following Age of Ultron, fans were ready to see what would happen to the Avengers, especially after story building from so many others, such as Spider-Man: Homecoming, Guardians of the Galaxy Vol. 2 (building up Thanos more), Thor: Ragnarok, and Captain America: Civil War, among others.

Fans knew that this would lay the groundwork leading to the final stage of Phase Three, with the biggest cumulative tie-ins to date. The beginnings alone of this movie set some dire situations for the heroes, with everything going wrong (including the shocking death of Loki at Thanos’ hand — well, a Loki).

Phase Three of the MCU was pretty damn successful in all aspects (especially money-making).

This seems like a no-brainer, as it is/was the pinnacle of Marvel universe building not just of the Avengers storyline, but of almost every other recent phases Marvel movie and superhero character that had been introduced to audiences at that time.

We’ve got the original in there — Iron Man — plus, as we’ll see, the other big draws from the past decade, Spider-Man and Captain America, along with every other major Marvel character from the hero’s side: Thor, the Guardians of the Galaxy, Black Panther, Captain Marvel, the Hulk, Black Widow, Clint Barton, Ant-Man, Doctor Strange, and even some ground laying for bigger storylines heading into the future such as WandaVision.

The finale to the Avengers saga brought in more than $357 million in its opening weekend and brought closure to the run of Avengers and related films (almost), as well as the close (basically) of Phase Three of the MCU, while opening the door for the storylines and superheroes that would and will come to be the headliners for the current Phase Four.

Currently ranked No. 2 all-time just behind Avatar, some even slot the Avengers finale as the No. 1 — which of course depends on your source when checking which movie is tops in the money-making game once at-home video rentals and purchases are taken into account, as some sources have this literal epic as the record holder.

In the end, it’s clear that the cliffhangers, tie-ins, and basically putting some combination of Iron Man and Spider-Man into the fray was a surefire hit for Marvel. Consider that of our 11 films, nine featured one or both of the two in the film. Only Black Panther and Captain Marvel didn’t include either one.

After the all-time top 10, the Maguire-led Spider-Man 3 is 39 spots further behind Captain Marvel. The next film after that is Spider-Man: Homecoming at 69, before we hit another non-Iron Man/Spider-Man entry, Guardians of the Galaxy Vol. 2 at 77.

Seeing as how the momentum behind Doctor Strange and the Multiverse of Madness could push it forward even though it’s perhaps not grossing as fast as the Avengers flicks, its current ranking is still relevant considering that it’s made $807,770,505 (already 91st all-time) in about a month’s time (RD: May 4) and is still in theaters.

Still, we don’t think it’ll break into the top 10 all-time at this rate. When will another Marvel movie do so well on the worldwide, all-time scale? Will Thor: Love and Thunder be able to break in later this summer, or will we get it when Black Panther: Wakanda Forever comes around?

After all the time and money invested in and earned by the MCU, it looks like Phase Four is sure to continue the streak of Marvel films filling up space in the all-time earnings lists to come.