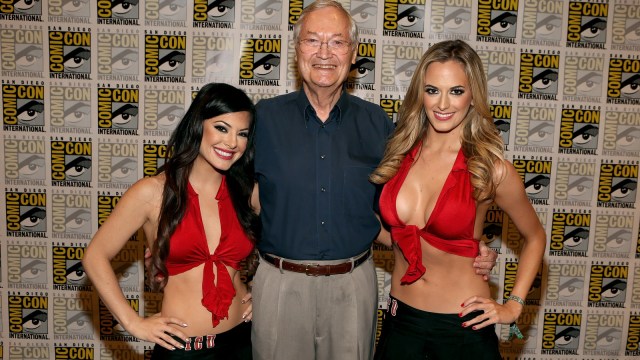 It’s been roughly 12 hours or so since we last heard a notable filmmaking talent weigh in on the never-ending superhero debate, with Marvel Cinematic Universe veterans Joe and Anthony Russo unsurprisingly opting not to side the with Martin Scorseses, Francis Ford Coppolas, and Ridley Scotts of the industry, so we were about due.

However, the freshest addition to the discourse comes from an unlikely source; 96 year-old B-movie legend Roger Corman, who knows a thing or two about what does and doesn’t work having directed over 50 features and produced in excess of 500 during a prolific career that’s been ongoing for 70+ years.

In an interview with Paste, The Pope of Pop Cinema offered his two cents on the matter, and urged Marvel to take a leaf out of his protege James Cameron’s book when it comes to marrying spectacle and story.

While Marvel’s methods have seen the shared mythology become the top-earning property in history, if there’s anyone in a position to offer advice and/or expertise to Kevin Feige’s outfit on how to improve, then visual effects pioneer, technological trailblazer, and the only person to have directed the highest-grossing film of all-time twice over would be uniquely qualified to do so.