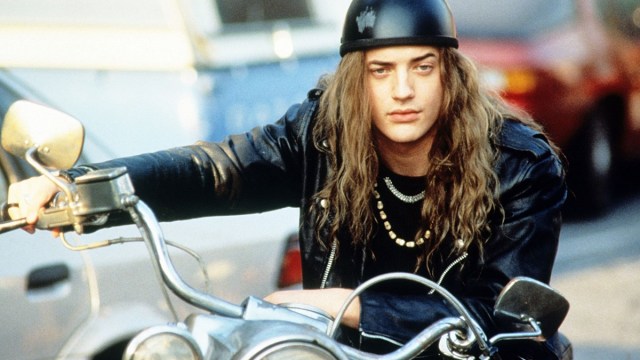 The definition of a cult classic tends to be a movie that under-performs during its initial release, before going on to find a new wave of appreciation, adulation, and ultimately undying love long after the fact. Based on the 600+ comments amassed by a recent Reddit thread showering the film in praise, we can comfortably surmise that 1994’s Airheads fits that bill.

Even though the hard-rocking comedy only cost $11 million to produce, it still flopped hard at the box office by failing to even scratch together $6 million from domestic screens. Reviews both contemporary and retrospective weren’t all that enthusiastic, either, with Airheads still holding an underwhelming Rotten Tomatoes score of 29 percent.

And yet, based on how the current conversation online hasn’t just caught fire but completely ignited, we’d feel confident in saying that the sweeping sentiment has a lot more fans loving the offbeat adventures of Chazz, Pip, and Rex than denigrating them. The Brendan Fraser renaissance is in full swing, so it’s little wonder one of his major early roles has been caught in the backdraft.

Adam Sandler and Steve Buscemi have gone on to enjoy a longstanding creative partnership too, so the legacy of Airheads continues to not just live on, put positively thrive. The plucky trio are desperate to have their demo tape played on-air, before accidentally finding themselves in the mist of a hostage situation of their own making after brandishing water pistols at their manager.

With the 30th anniversary of Airheads fast closing in, we can expect huge celebrations among the undoubted cult favorite’s wide-ranging fandom, at least if the outpouring of love on Reddit is anything to go by.