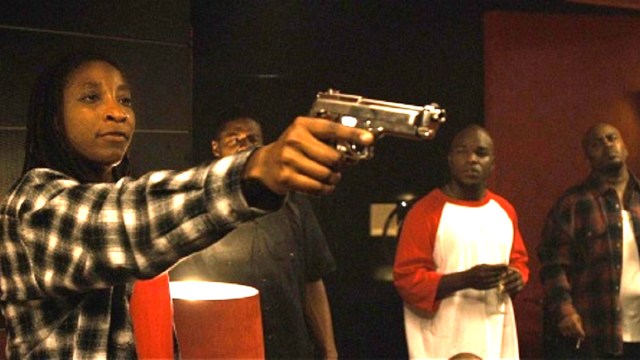 The best biopics don’t shy away from the more controversial or unsavory aspects of their subject’s lives, but it was a case of life imitating art during production of Straight Outta Compton, with the events off-camera and behind the scenes proving every bit as incendiary as the antics of trailblazing rap pioneers N.W.A.

Even before a single frame had been shot, a casting call ignited fury after it was revealed female extras were being graded on a scale of A to D based on their physical appearance. Once filming actually started, it only took seven days for a drive-by to happen right in front of the cast and crew, while Suge Knight was later involved in a hit-and-run incident that caused a fatality following an argument on set – which ultimately saw him sentenced to 28 years in prison.

Knight was also accused of threatening director F. Gary Gray after being less than impressed with both the way he was being portrayed, and the lack of compensation he was receiving from the production. We haven’t even mentioned the criticism that was aimed at Straight Outta Compton by additional real-life participants, or the multiple lawsuits filed after the film’s release, but we’d be here all day if we got into that.

The turbulent shoot didn’t stop audiences from turning out in their droves, though, with the acclaimed drama netting upwards of $200 million at the box office and a Certified Fresh score of 89 percent on Rotten Tomatoes. Straight Outta Compton holds plenty of rewatch value for fans, too, as evidenced by the popular picture’s latest ascent up the streaming ranks.

As per FlixPatrol, the Oscar-nominated snapshot of a pivotal moment for the music industry has become one of the most popular titles on both Prime Video and Google Play Movies, cementing its enduring reputation.