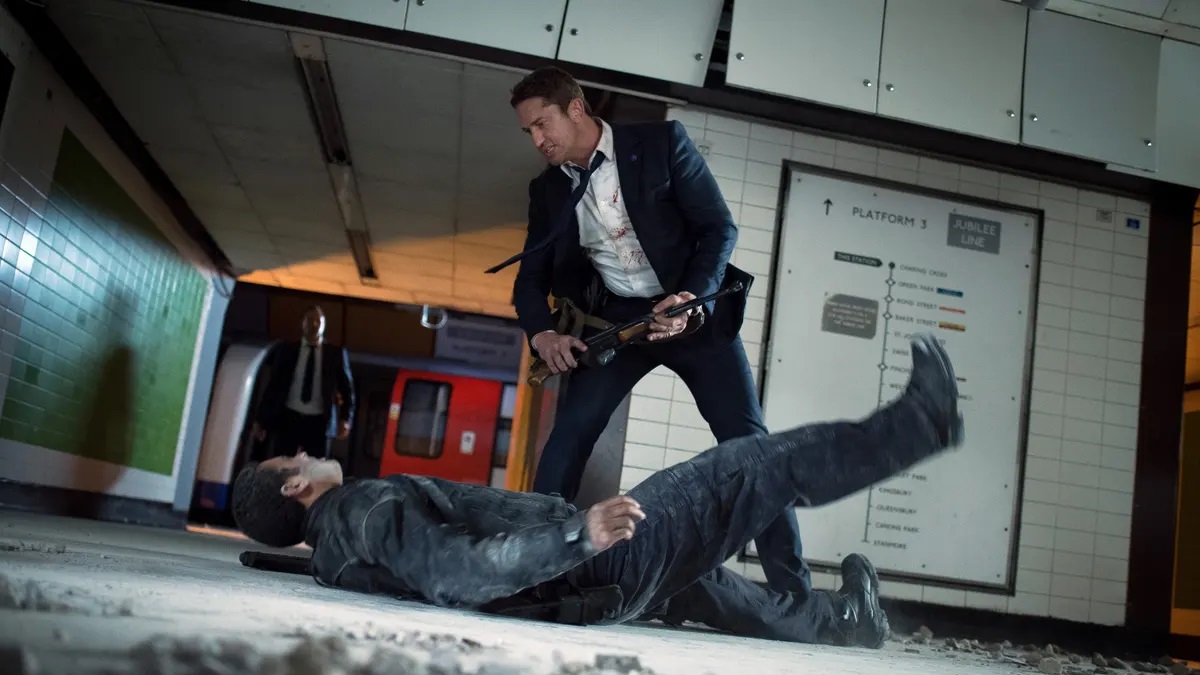 Having come out on top in 2013’s battle of the “Die Hard in the White House” movies by defeating Roland Emmerich’s White House Down, Gerard Butler’s gruff Secret Service agent Mike Banning was quickly enlisted to return for a sequel to Antoine Fuqua’s Olympus Has Fallen.

Babak Najafi may have stepped in to replace Fuqua behind the camera, but London Has Fallen delivered pretty much the exact same setup and execution all over again, for better or worse. Once again, Butler is forced to keep Aaron Eckhart’s president alive in the wake of a terrorist attack, and he’s more than happy to go about it in throat-punching, neck-snapping, and incredibly violent fashion.

For the second time in a row the reviews were less than stellar to put it lightly, but London Has Fallen offset a 28% Rotten Tomatoes score by earning a decent $206 million at the box office on a $60 million. Much like its predecessor, the sophomore entry in the franchise additionally came under fire and faced accusations of racism, Islamaphobia, and fear-mongering among other criticisms.

It’s not a great piece of cinema by any stretch of the imagination, but watching a square-jawed action hero take international security into his own hands by leaving an unfathomable trail of bodies in his wake was never designed or intended as such.

London Has Fallen has proven itself capable of drawing in a crowd on streaming, too, based on the latest Netflix viewership figures. As per FlixPatrol, it can currently be found as the fourth most-watched title on the platform in the United States, which at least hints that the in-development Night Has Fallen will do decent business.